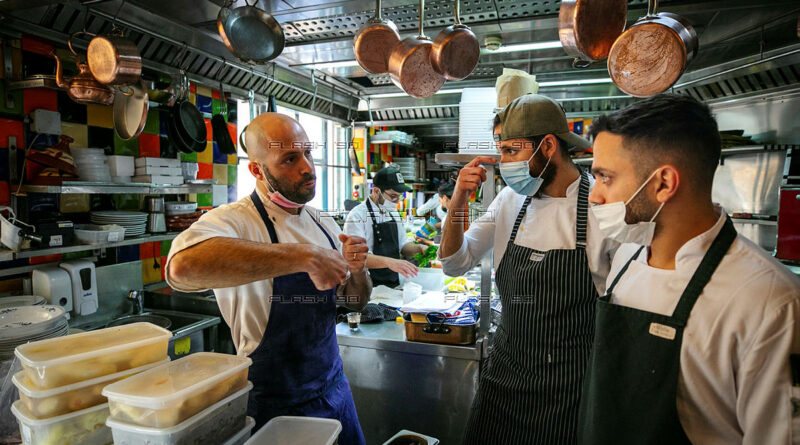 The vaccination is amazingly effective, Israel’s health experts find, as nearly 5 million received their first anti-covid-19 jabs by Monday, March 7, and more than 3,5 million their second. The Health Ministry reported that in the past six weeks, infection among two-shot vaccination cases had dropped to less than 1pc, and their symptoms were mild enough to avoid hospital care. “This amazing success is not just visible in clinical trials, but in the real world,” said Prof. Gala Rahav, head of infectious disease at the Sheba Medical Center.

Nevertheless, some trepidation accompanied the third stage of Israel’s “return to normal” on Sunday, albeit under health restrictions, lest it trigger a fresh surge. Coronavirus director Prof. Nahman Ash warned that a fourth lockdown could not yet be ruled out – even possibly in time to cast a pall over the March 23 election and the Passover festival five days later. It is up to every individua, he said, to take responsibility for obeying the health rules, now that schools, universities, restaurants, cafes, bars, shops, events halls, gyms, hotels, concert halls, sporting events, theaters and Ben Gurion airport are reopened – all under tight restrictions. “Red areas” were excluded.  At eateries, theaters and gyms, patrons have to show their Vaccination Certificates at the door or sit outside. Same doors were not reopened – whether because their business crashed by the wayside of the pandemic or because staff did not turn up for work, preferring to stay home on paid leave.

Pupils of the 7-10 school grades, after spending a year on Zoom, were back in class for just two days – and only in low-infection areas. Other classes kept to small groups. More than 80,000 pupils and teaching staff remained in quarantine. Still, 1.8 million pupils – 80pc of the total – were back in the classrooms on Sunday. And, after losing a year, university campuses finally admitted students, provided they had been vaccinated. Permission for an audience of 300 seated well apart may host live perfomance and also political campaign rallies.
At Ben Gurion Airport. 1,000 arrivals a day were permitted, rising to 3,000 during the week. Since the systems for monitoring quarantine rules for incoming non-vaccinated passengers are still not in place, including the e-bracelet that requires legislation, the police are saddled with enforcing home isolation.

On Sunday, the Health Ministry recorded 3,332 new cases, with 4.9pc testing positive, 704 serious cases including 226 on ventilators and a rising death toll of 5,790.

Brazilian Foreign Minister Ernesto Araujo and Eduardo Bolsonaro, son of the president, were welcomed in Israel on Sunday when they arrived on a visit to review a new covid treatment. The disease raging in Brazil has infected 11 million people and caused 260,000 deaths, partly due to two unknown covid variants. The new treatment developed at Ichilov hospital in Tel Aviv by Prof. Nadir Arber has cured 29 out of 30 coronavirus patients in serious or critical condition during the first phase of its clinal trial. The visitors said they were looking forward to building a partnership with Israel to face the coronavirus pandemic.

Last week the Austrian and Danish leaders visited Israel to review its advances in confronting the pandemic and agreed to set up an alliance for joint research and development for beating the virus in the long term., …