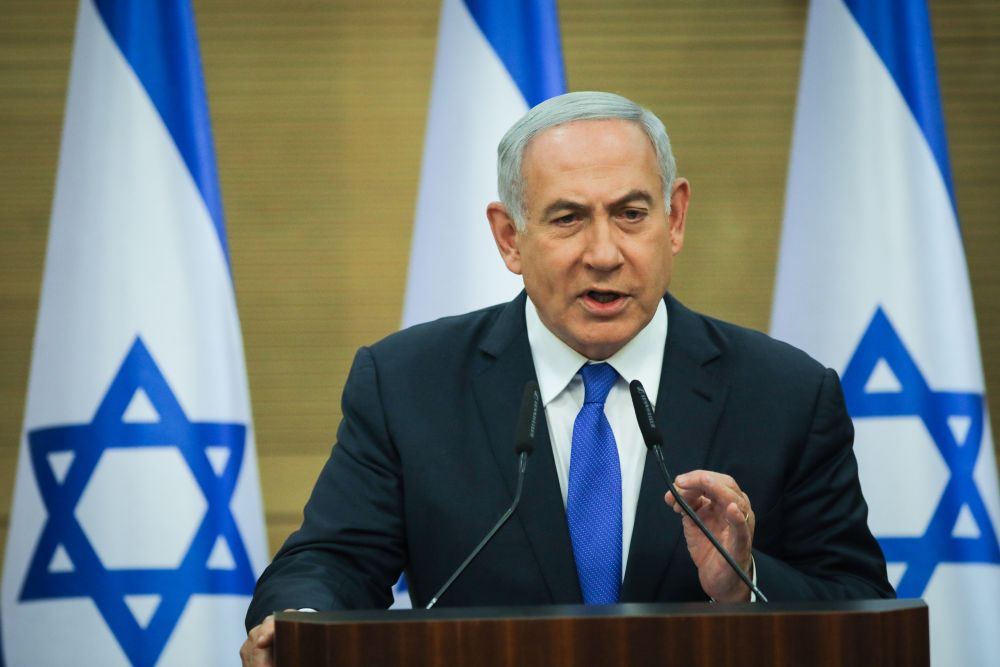 Prime Minister Binyamin Netanyahu, even after failing to form a government, may opt for a new election rather than let his enemies win. That way, the decision reverts to the voting public rather than the politicians.
Netanyahu has had an amazing run, leading four governments at the head of a successful Likud. This time, he is making a dangerous personal gamble. He may calculate that even if some voters make him pay for failing, the outcome is unlikely to be radically different from the April 9 results. The right-wing bloc which he leads may even gain by sweeping up the 300,000 votes that were lost in April when New Right and rightist splinter groups failed to make it past the threshold.

The question is who will benefit? Netanyahu is beset with legions of rivals and foes, some on home ground in Likud. He faces another harsh test of endurance in which they will go all-out to prove that his failure to form a government shows he has lost his celebrated political touch and it’s time for him to go.

Avigdor Lieberman, who parlayed his five-member Yisrael Beitenu into a club for denying Netanyahu’s 35-strong Likud a majority government, will most likely survive. The only substantial change to be expected is the decline of Blue-White, the opposition grouping born shortly before the April election and which came close to beating Likud.

The next time round, Blue-White will have lost its luster as a new alternative for displacing long-running politicians. It is moreover top-heavy with four leaders – Benny Gantz, Yair Lapid, Gaby Ashkenazi and Moshe Ya’alon – whose entire repertoire consists of one song. Binyamin Netanyahu must go!  Even Madonna’s audience demands more variety.

This quartet have tried signaling the Likud party: Get rid of your leader and we can get together for a unity government. Rightist or leftist politics or any other ideology don’t seem to matter, just the removal of the major impediment to their goal.

That is just one of this opposition party’s mistakes. Their cherished slogan may work for the individuals, groups and media dedicated to toppling Netanyahu, but have the reverse effect on the street where the voting public is to be found. There, the long-running hate campaign against Netanyahu only boosts his credibility as a nationalist, populist, charismatic leader. This matches the current trend sweeping many other leaders to power in the West – not only in the US, but in India, Brazil, Germany, France, Hungary, Italy and other countries.

On Saturday night, Blue-White staged an anti-Netanyahu protest rally in Tel Aviv.  At the last minute, Gantz invited MK Ayman Odeh, head of the Israeli Arab party list, to join the speakers. He committed the political blunder of giving an Arab nationalist ideologue equal footing with Israeli nationalism, in the hope of drawing a mass audience. This blunder will haunt him in the forthcoming election campaign for winning the votes of the Jewish majority. So will another: Blue-White orators have joined the prosecution’s campaign, backed by former judges and legal buffs, to force the attorney general to indict him on charges of corruption. Yair Lapid vociferously accuses him of attempting to engineer parliamentary immunity to evade a trial. These opponents present themselves as the guardians of Israeli democracy.

The prime minister claims he and his close family are victims of a political witch hunt. The general public is not entirely convinced of his guilt, especially when he is loudly condemned by “left-wing” politicians and media. Enough voters may be willing to give Netanyahu the benefit of the doubt, so long as he is not proven guilty in a court of law. By the same token, many will turn their backs on his accusers.

On Monday night, Netanyahu was still fighting to save his coalition negotiations. In an emotional TV speech, he appealed to Yisrael Beitenu’s Avigdor Lieberman to give up the “semantic” objections barring the road to the right-wing government which the people voted for on April 9. The dispute preventing negotiations leading to the new government could be resolved in two minutes, he said. Netanyahu stressed that 48 hours remain for his mandate to lead a new government before it expires on Wednesday and “much could be done in that time.”

The prime minister went on the air after a 22-minute meeting with Lieberman failed toto break through the latter’s refusal to make concessions on the draft law obligating the drafting of yeshiva students to the military according to agreed quotas. The ultra-Orthodox parties, which have fought against the measure, gave way on certain points to smooth the negotiations for a right-wing national government. Lieberman’s five-member faction holds the key to a Knesset majority of 65 versus the opposition’s 55 members.

In his speech, Netanyahu said: “A month-and-a half ago, the people spoke and ordered us to set up a right-wing government led by myself. I have made tremendous efforts to obey the people’s will by setting up this government and averting another superfluous election.” He went on to say: “There is no reason in the world to put the country on hold for another year and-a-half and squander billions. Unfortunately, up until now I have not been able to persuade Lieberman to prevent this vote taking place.

Earlier on Monday, a 65-majority of the Knesset, less than six weeks in office, gave the bill for dissolving itself preliminary and first readings. There were abstentions.  If Netanyahu fails to form a government by the Wednesday deadline, he intends to let the measure go through to second and third readings, clearing the way for new elections at the end of summer. The alternative dates cited are Aug 27 or September 3.