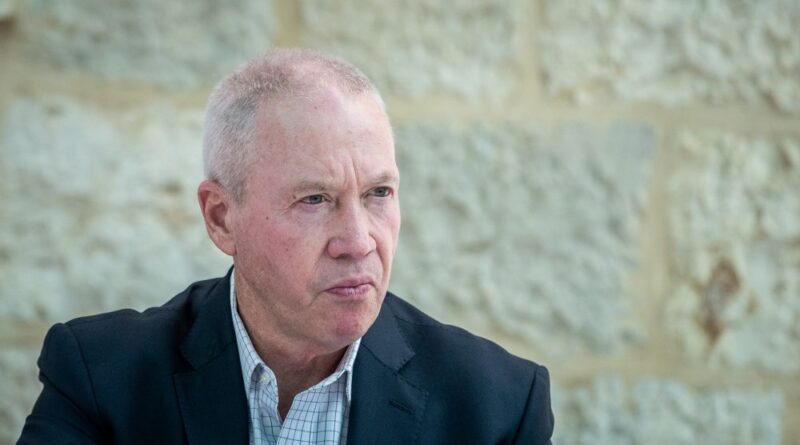 Designated PM Binyamin Netanyahu’s choice on Wednesday, Dec. 28 of retired general Yoav Galant, 64, Lilkud, as defense minister in his new government is consistent with the new national security team he is building alongside his government. He also named veteran loyalist Tzahi Hanegbi as national security adviser. Maj. Gen. Herzi Halevi takes over as IDF chief from Lt. Gen. Aviv Kohavi who is due to retire. Netanyahu has asked Yuli Edelstein, another Likud lawmaker albeit rival, to take the chair of the Knesset Foreign Affairirs and Security Committee, which oversees defense affairs.

Netanyahu is making sure he has a competent streamlined security team to hand to deal with emergencies, including possible action against Iran. These appointments are also designed as his tool for overriding the zeal of coalition partners National Security Minister Itamar Ben-Gvir, who takes charge of the police and its border guard counter-terror spearhead, and Bezalel Smotrich, who was  granted not only finance but ministerial status in the defense ministry with executive powers for Judea and Samaria.
A resident of Moshav Amikam, Yoav Galant, married with two daughters and a son,  came to the Likud party from a long and impressive military career. He joined up in 1976, first with the Navy’s Shayet 13 commando unit. He went on to graduate from the officers’ course with an excellent grade, following which he undertook various undercover missions and field command, leading the brigade which suppessed the first Palestinian intifada in Jenin. In 1997 he was appointed commander of the army’s Gaza division. In 2002, the late prime minister Ariel Sharon took him on as military secretary and promoted him to general.

Galant returned to the field duty as OC Southern Command in 2005, when he drew up the military deployment around the Gaza border and initiated cross border special forces raids deep inside the enclave for quelling the Palestinian Hamas terrorist group’s attacks on its Israeli neighbors.

Galant never belonged to the close Netanyahu following. He is known to have a mind of his own. The defense ministry’s next director general after Amir Eshel (former air force chief) retires may be at issue. The incoming prime minister has his eye on Maj. Gen. Eyal Zamir. The minister may or may not go along with this choice. His wings have already been clipped by Smotrich moving in as minister with oversight of affairs in Judea and Samaria. However, Galant can look forward to a common language with the incoming chief of staff, who once served under him on the Gaza front.

The prime minister can count on both beng fully braced for potential action on the Iranian front, potentially in collaboration with United States.

Outgoing defense minister Benny Gantz told graduating air force pilots on Wednesday, “You may cross the sky to the east in two or three years and take part in an attack on nuclear sites in Iran, for which we are preparing,” he said. Gantz, in his farewell address, warned his successors, whose government was to be sworn in on Thursday, that an attack on Iran would lead to a regional war. “However, Israel is the strongest country in the Middle East and will know how to contend with these consequences in the best possible way, he said.