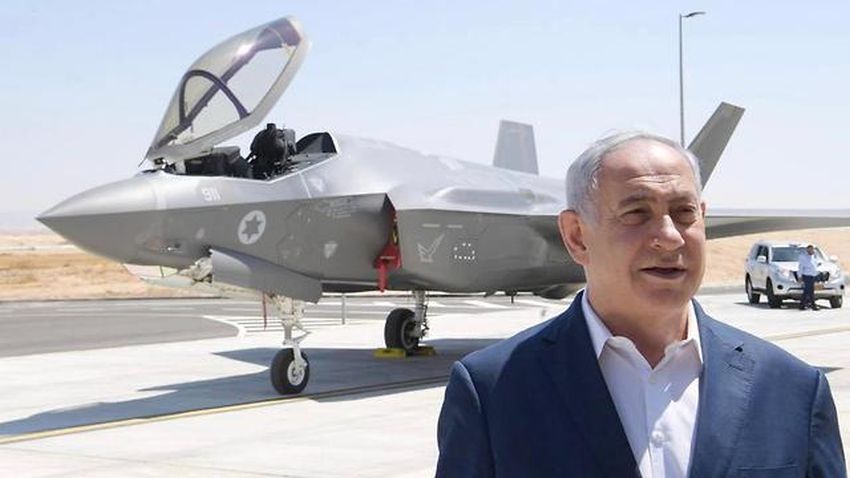 Binyamin Netanyahu, PM and Defense Minister, sat down on Tuesday, July 9, with Israel’s Air Force chiefs for an unusual security conference, during his tour of the F-35 stealth fighter squadron at the Nevatim air base in the Negev.
The conference, at which Chief of Staff. Lt. Gen. Aviv Kochavi, was also present, took place with IAF commander Maj. Gen. Amikam Norkin and the Air Force Commanders’ Forum. Indicating the subject of their discussion Netanyahu later stated: “I am seeing all our weapons systems and our planes, and here behind me are the F-35s, the Adir. Iran recently threatened to destroy Israel. It would be advised to remember that these planes can reach anywhere in the Middle East, including Iran as well as Syria.”

DEBKAfile’s military sources report that the prime minister’s visit to the F-35 squadron and its publicity were his response to Iran having returned to upgrading uranium enrichment to levels approaching weapons grade; as well as the proliferating reports that Tehran has completed preparations for a military strike on Israel from Syria. According to different sources. Hizballah and a pro-Iranian Iraqi Shiite militia are involved in these war preparations.
The rendezvous taking place between Syrian and Iraqi army forces at meeting-points on their common border, that were first revealed on Monday, are also causing deep concern in Israel. It is feared that these Syrian-Iraqi meeting points will provide Iran with open doors for the rapid transfer of personnel and weapons into Syria and into the hands of its Lebanese and Iraqi proxies. Netanyahu therefore pointedly included Syria in his warning to Iran.