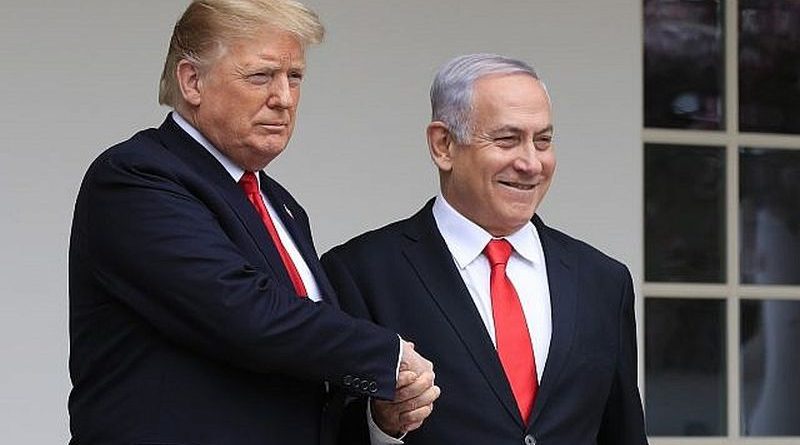 After numerous delays, President Donald Trump is to unveil the “Deal of the Century” – his Middle East Peace plan for Israel and the Palestinians – next week.  He has invited Prime Minister Binyamin Netanyahu and opposition Kahol Lavan leader Benny Gantz to the White House for the event. He is inviting both, to avoid appearing to interfere in the Israeli election of March 2, after deciding to publish the plan without further delay.

The US president will reportedly include in his plan the transition of the Jordan Valley and the areas of Jewish habitation on the West Bank to Israeli sovereign rule. The Palestinians are assigned a demilitarized state.

The White House invitation to Israel’s leaders next week was handed to them by Vice President Mike Pence in Jerusalem on Thursday, Jan. 23, when he represented the United States at the world gathering for the 75th anniversary of the liberation of Auschwitz.

The White House ceremony for launching the Middle East peace process is unprecedented in that one of the parties is adamantly opposed to the Trump initiative and will not be present.
As we reported in DEBKAfile on Jan. 21, the Trump plan will not be released in its entirety , but only the main political chapter. Before publication, he conferred in advance with key Arab rulers. The decisive conversation took place on Jan. 6 with Saudi Deputy Defense Minister Prince Khalid bin Salman who visited the White House. The prince said that his government had no objection to the partial release of the Trump peace plan. Egyptian President Abdel-Fatteh el-Sisi and UAE ruler Sheikh Muhammed bin Zayed also agreed. But King Mohammad of Morocco sidestepped the question and avoided giving a clear answer.