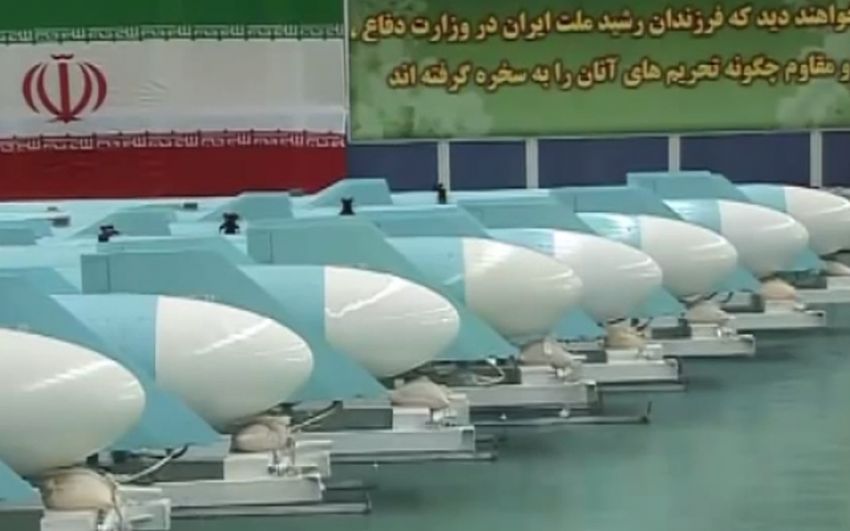 Israel’s quandary over whether to launch a pre-emptive strike to deter Iran from a missile assault, like its attack on Saudi Arabia, was revealed by Prime Minister Binyamin Netanyahu on Thursday, Oct. 10, at a memorial ceremony for the fallen in the 1973 Yom Kippur war. The pre-emptive option is very rarely mentioned publicly by the prime minister, who also serves as defense minister. This time, it indicated that Israel may decide not to wait for an attack before initiating a preventive strike against missile bases in Iran, where preparations are going forward to launch those weapons against Israel.
DEBKAfile’s military sources add: The IDF chiefs who attended the ceremony are fully aware that a preventive operation on those bases would unleash an all-out Israel-Iran missile and drone war that could go on for weeks or months, with deadly escalations. Iran’s satellites, Hizballah in Lebanon, Iraqi Shiite militias in Syria and Iraq and the Palestinian Hamas and Islamic Jihad in Gaza, would play active roles in this conflict.

Netanyahu went on to assert that, while we do not aspire to stand alone, we must remember our situation in the 1973 war when US assistance arrived only when it was nearly over. Today, too, while we appreciate the important US assistance, which has gained in recent years, and the immense economic pressure the US clamps on Iran, “at the same time, we must never forget to apply this fundamental guideline: Israel will defend itself with its own forces against any threat.”

The IDF, he said, is fully prepared to stand up to any threat, whether by defensive or offensive action. “We are armed with overwhelming strength in weaponry and spirit. That is the immensely valuable legacy bequeathed to us by the generation that fought in the Yom Kippur war.”

DEBKAfile: The prime minister may have derived encouragement for his fighting speech from the events leading up to the Turkish operation in northeastern Syria on Wednesday, Oct. 9. Ankara, Washington and Moscow were in close consultation ahead of this operation, but Tehran was strictly excluded.

On Sept. 27, DEBKAfile ran an exclusive item revealing that Israel was mulling a pre-emptive strike against Iran.