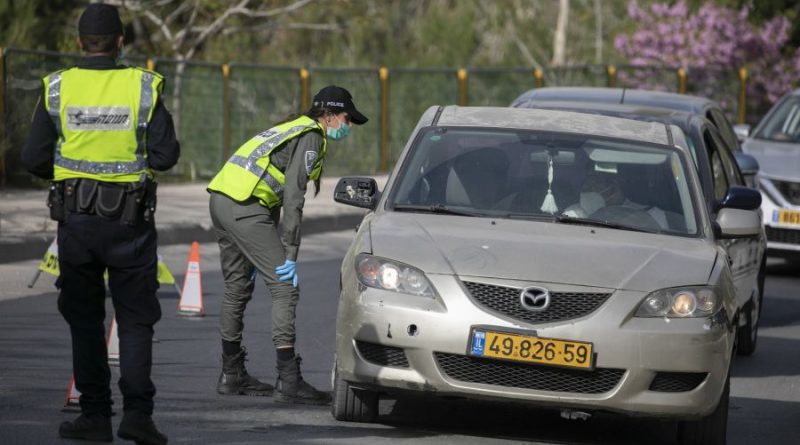 While announcing extra-stringent restrictions for the Passover festival this week, PM Binyamin Netanyahu said he hoped that the easing of some closures could start thereafter – if the public continued to behave responsibly.  In a broadcast address to the nation on Monday night, April 6, he announced that police would enforce restrictions on intercity traffic from Tuesday at 4 p.m. until Friday morning, to prevent people trying to join the Seder away from home. On Monday, police roadblocks outside Jerusalem removed 300 families with children from buses and forced them to return home.

In addition, Netanyahu announced that a curfew would be imposed nationwide on the night of the Seder from Wednesday at 6 p.m. to Thursday 7 a.m. except for a 100-meter perimeter outside the home.

In his speech, Netanyahu spoke of an improvement in the countrywide spread of coronavirus infection, thanks to government measures and the public’s disciplined response. But he cautioned against complacency. “There would be no short cuts to normalcy,” he warned. Restrictions would be relaxed by locality when permitted by reduced virus levels. Quarantine is still the key and so is the level of testing which would be boosted, he pledged, after some setbacks. By Monday night, 8,904 coronavirus cases were confirmed in Israel – 140 in serious condition. The death toll rose to 57 – seven more in one day.