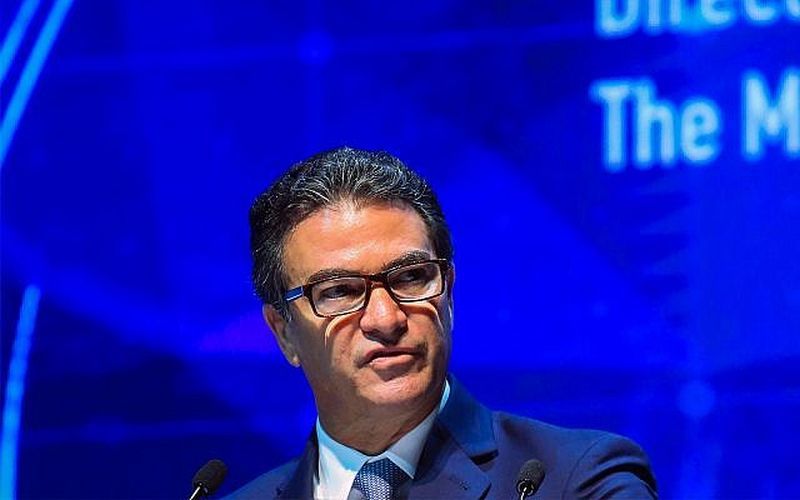 Washington’s decline to state unequivocally that Iran was responsible for last month’s string of attacks on oil and US-related targets in the region – including even the US embassy in Iraq – is perceived in Jerusalem as signifying the Trump administration decision to wash its hands of military engagement with the Islamic Republic of Iran at this time. Iran’s victims, Saudi Arabia and the United Arab Emirates, too, hide behind America’s broad back rather than name the party which blew up their tankers and pipelines.

Israel looks like offering to step into this void. That is one obvious interpretation of two suggestive comments made by the Director of the Mossad intelligence agency Yossie Cohen, on Monday, July 1 at a lecture in Tel Aviv.

Binyamin Netanyahu, both prime minister and defense minister, appeared to be relaying a proposal through the normally laconic Mossad chief, to lead a group of regional nations in a campaign for putting an end to Iranian aggression – even if this entailed challenging Iran and its allies to war, including the Lebanese Hizballah.

The spymaster declared his absolute certainty that Iran was behind the attacks on the Gulf oil tankers and facilities, which, he said, were ordered by the regime and executed by the Revolutionary Guards Corps (IRGC).

The first intelligence chief to point a blunt finger at Iran for those sabotage attacks, Cohen then made this remark: “A rare opportunity is opening up at this moment for achieving a regional understanding” that may herald the chance of “a comprehensive peace” between Israel and the Arab world. The Mossad Director explained: “Shared interests and the struggle against shared enemies, have together opened the window for a one-time opportunity.”

His comments had teeth. A few hours earlier, Israel conducted one of its most comprehensive military strikes ever on Syrian soil. Missiles flying from IDF fighter jets and warships blew up a string of Syrian, Iranian and Hizballah army bases, singling out facilities where the IRGC had laid in a stock of ballistic missiles ready for launching against Israel when a green light came from Tehran.

The facilities destroyed included command posts and bases in and south of the Damascus region, the Homs district and, to the west, the Qalamoun mountains athwart the Syrian-Lebanese border. It was from those mountain bases that Iran and its proxy were planning to shoot rockets into Israel. This terrain offers a better launching pad for missile war than Hizballah’s bases in South Lebanon.

Disabling this war machine is an unending uphill task, for the IRGC quickly rebuilds and replenishes the destroyed bases with fresh supplies of advanced weaponry, tapping into a bottomless Iranian pocket, regardless of US sanctions, when it comes to its war mission against Israel.

Cohen’s disclosures were embedded in the following facts:

1. Hard evidence in the Mossad’s hands of Iran’s culpability in the sabotage attacks on Gulf oil, which is more solid than the video of limpet bombs attached to the hull of a targeted tanker, which Tehran quickly disowned.

2. The crisis over Iran’s reactivation of its uranium enrichment program, in excess of the 2015 nuclear pact’s limits, distracts attention from another breach. Iran is lying when it claims a halt on the production of advanced new centrifuges for speeding enrichment to weapons grade levels.

3. Iran is pressing ahead with its efforts to produce a nuclear warhead which can be fitted onto the ballistic missiles stockpiled for attacks on the US and Israel.

4. Tehran will not suspend aggressive operations so long as the Trump administration refuses to ease sanctions. They will only escalate.

The Mossad director’s reference to a possible lineup of regional nations against “shared enemies,” was in fact an invitation from Netanyahu to come aboard a lineup standing up militarily to Tehran by entering into treaties that also incorporate peace and mutual defense cooperation commitments among its members and with Israel.

Cohen added that the Mossad was ready to undertake the task of putting together this regional line-up, making it the first important political mission entrusted to the Mossad.

DEBKA Weekly’s sources: That the Israeli prime minister was willing for the first time in a decade to take the lead of a regional Israeli-Arab military initiative against Tehran – even at the risk of a straight showdown with Iran and Hizballah missiles – means that no one else is ready to pull this chestnut out of the Middle East fire.

His high hopes of the US and Russia coming together on a solution came to naught when last week’s groundbreaking meeting of US, Russia and Israeli national security advisers in Jerusalem failed to find common ground on Syria or Iran.

At a time that neither the Washington or Moscow show any signs of coming to grips with the region’s ills and disorders – so long as they don’t get in the way of their own international plans – the region staggers along without direction on an ever more combustible course. Yossie Cohen pointed to the hazards inherent in this course and found support from one of his predecessors as Mossad chief.

Tamir Pardo, another speaker at the Tel Aviv event, had this to say:

“In recent years, no superpower dominates the Middle East. No one is around to damp down the flames. We now have China and Russia. But we see no clear Middle East foreign policy coming from the US. We do see a policy for Iran but not for the rest of the Middle East. Today, the name of the game is economy. China is capable of lowering the flames but is not doing this.” Netanyahu has put in a bid for this role, but the Gulf governments are unlikely to take him up on it. And he too may simply be hoping to prod the Trump administration into action before Israeli fingers are singed.