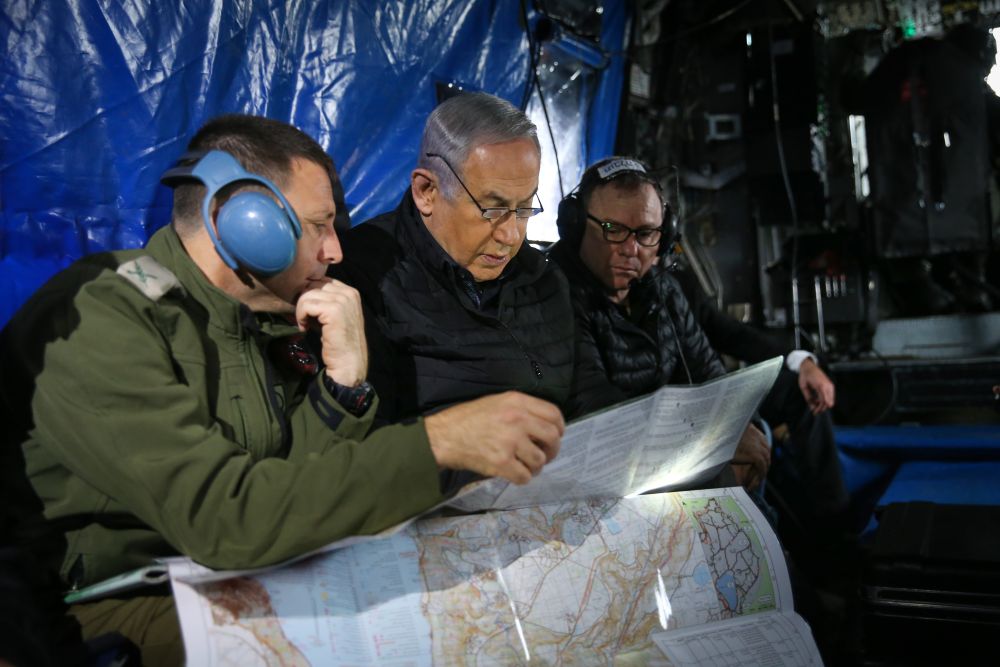 Prime Minister Binyamin Netanyahu invited 25 foreign ambassadors to the northern border on Thursday, Dec.6, for am on-the-spot briefing on the IDF operation against Hizballah tunnels. This step, the first by an Israeli leader just two days into a military operation, gave him the stage for using the operation for two wide-ranging goals:

These objectives threaded through Netanyahu’s comments in his briefing to the diplomats, DEBKAfile’s military and intelligence sources note, although some of the information he used to make his points may be politely described as questionable.
These are the points:

DEBKAfile’s military and intelligence analysts see little benefit in another UNSC draft resolution or much chance of  depriving Hizballah of legitimacy any more than in the past. Russia and the Europeans grasp that the Israeli operation is fully coordinated with the Trump administration’s campaign against Iran and are unlikely to lend a hand to it. It is also hard to see how Hizballah’s position at home will be readily undermined, when it reigns over Beirut as the central pillar of strength and maintains Lebanon’s strongest military force with effective control over the national army. The prime minister’s claim to have substantially slowed Hizballah’s precision-enhanced rocket program and brought it down to a few dozen rockets is problematic. This upgrade is irrelevant for most of its arsenal of 130-150,000 short-range rockets, and those of longer range anyway number no more than 700-1,000. Hizballah’s leaders would like to see faster upgrading, but are taking it slow so as not to provoke Israeli attacks.
Due to this slowdown, Tehran is seriously considering stationing its own precise medium-range rockets in Iraq for shooting at targets inside Israel, much like the rocket attack Saddam Hussein staged against Israeli town streets in the first Gulf War of 1991.

Our sources also question the prime minister’s assertion that Israel military operations led to a reduction of several percent in the number of Iranians in Syria. The total number, they say, remains steady. However, their composition has changed in recent weeks, when Iran began enlisting for the first time thousands of Sunni Syrian soldiers, many of whom had past combat experience in fighting the Assad regime in cooperation with the United States and Israel. These recruits are commanded variously by Iranian, Syrian or Hizballah officers and are gradually relieving some of the Iranian forces which are being withdrawn.

20 thoughts on “Netanyahu pumps up IDF tunnel operation for undermining Hizballah in Beirut. “We may have to operate in Lebanon””