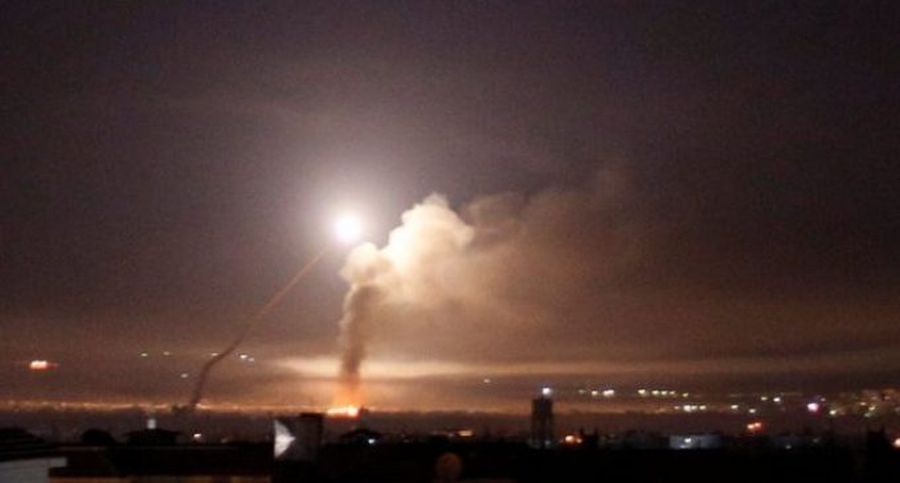 The removal from Damascus to Aleppo of Iran’s IRGC command HQ brings Prime Minister Binyamin Netanyahu’ to Moscow on Thursday, April 4, for an urgent meeting with President Vladimir Putin – five days before Israel’s general election – to reset their coordination arrangements.

DEBKAfile’s military and intelligence sources report that the Iranians completed the transfer of their commands and military facilities, lock, stock and barrel, from Damascus to Aleppo in the second half of March. They hoped that this move would get them out of range of Israel’s serial air and missile raids, calculating that the IAF would be reluctant to risk running into the Russian S-400 and S-300 air defense batteries deployed nearby at the Khmeimim Air Base.

They were proved wrong. No sooner had the Iranian command staff moved into its new premises, when the Israeli air force on March 27, conducted one of its broadest raids hitherto on Iranian targets in Syria. Casualties of dead and injured were heavy and the devastation extensive.
According to our sources, that raid was just the opening shot. Israel has finished with Damascus as the arena for destroying Iran’s military facilities and shifted its campaign to Aleppo. However, the geography makes it incumbent on Israel to draw up fresh rules of coordination with the Russian forces posted in northern Syria. This imperative was behind the official Kremlin account of the phone conversation conducted by Netanyahu and Putin on Monday, April 1 – “pressing bilateral issues including military contacts” – which made a face-to-face meeting between the new leaders essential.

The transfer of Iran’s center of operation in Syria to Aleppo and its ramifications, including the effect on the next chapter of the Israeli-Iranian confrontation in that country, is discussed in depth in the coming issue of DEBKA Weekly (for subscribers) out on Friday, April 5. Don’t miss this issue, which again breaks new ground. Click here to sign on.