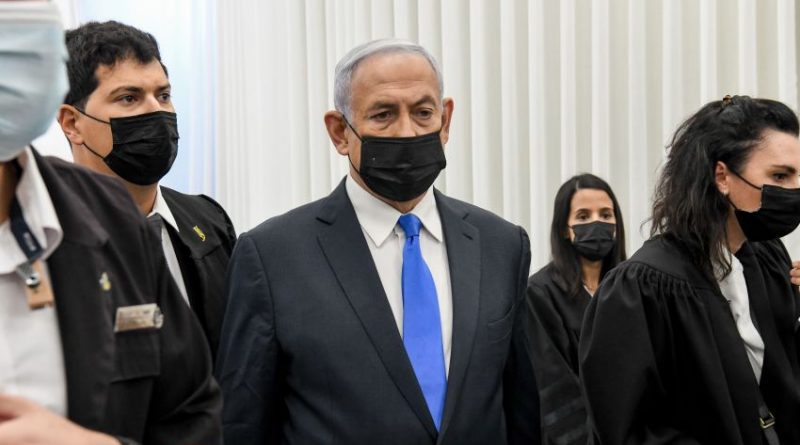 PM Binyamin Netanyahu threw off a persistent hurdle against his bid for re-election when, on Monday, Feb. 7, he asked the Jerusalem District Court for another postponement of his trial and pleaded not guilty to three corruption charges. His lawyers argued that the defense was entitled to more time for studying the proliferation of prosecution arguments and allegations, some new, before the court got down to the hearing of evidence. They also maintained that the Attorney General Avichai Mandelblit had still not produced any written instruction, as required by law, to prove he ordered the prime minister’s investigations on the counts of bribery, fraud and breach of trust.

The case is therefore likely to be adjourned until after the March 23 election.

In any case, DEBKAfile’s political analysts point out, the indictments against the prime minister that dominated opposition campaign sloganeering (“Anyone but Bibi!”) in the last three former elections, were losing their edge. Today, most voters are sunk in depression over the woes of a pandemic that bedevils their lives and shows no signs of leaving. They are deeply resentful of what they see as government mishandling of the crisis, venting their anger at politicians of every stripe, whether the prime minister or his coalition partners led by his opponent, defense minister Benny Gantz.

Coronavirus is therefore evolving into the key engine driving the election campaign. So too is the deeply polarized partisan landscape. Feverish behind-the-scenes negotiations are afoot as factions of the dominant rightwing or conservative sector struggle for a place under the electoral sun. They are fighting in the shadow of Likud’s perennial lead, which is counter-balanced by Netanyahu consistently missing an evasive majority for a government coalition.

One of the most pro-active pretenders is Gideon Saar, who broke away from Likud to form his own New Hope party with the overriding aim of toppling Netanyahu. Lagging behind the prime minister and Likud in the polls, Saar still entertains the dream of the ballot box yielding him enough votes to capture Likud, where he still has a following. Yet he brushed off offers from that following, including some cabinet ministers, to jump over to New Hope and thus implode the prime minister’s bid to stay in office.

Saar stopped this move in its tracks, preferring to wait for the results of the March 23 election. He is confident that Netanyahu will come up short of the 61 seats he needs for support as premier. Only then, say our sources, will he give his supporters inside Likud the sign to march forward, ditch Likud and join New Hope.

Saar bases this calculus on the confidence that his party will emerge from the scramble for second place after Likud, overtaking Naftali Bennett’s right wing Yamina and opposition Yair Lapid’s Yesh Atid. Saar would then present himself as the leading candidate for the premiership before President Reuven Rivlin (an old crony who owes Saar for helping him to win the presidency).

Saar is meanwhile quietly foraging for allies among the ultra-Orthodox parties and the mayors and councils of local authority.

An alliance with New Hope’s main rival, Bennett’s Yamina might convincingly catapult them in position to threaten Likud’s lead. However, Saar’s proposal to combine both their campaigns for a concerted battle against Netanyahu was vetoed by MK former justice minister Ayelet Shaked. Nonetheless, Saar is not giving up on this plan while waiting for the strong hand he expects when the election results are in.

Netanyahu’s campaign strategy is based on New Hope’s gaining no more than 15 seats in the March election. This would mean that the Likud defector’s recent turndown in the polls is sustained. The Likud leader also calculates that the deal he struck with the combined National Religious party’s Bezalel Shmotrich and Itamar Ben-Gvir’s Jewish Power will weaken Bennett’s Yamina.

New Hope and Yamina are at loggerheads for now over Yamina’s refusal to exclude itself from a possible partnership in a Netanyahu-led coalition. Having disposed for now of immediate threats from the right, Netanyahu can now focus on the advancing peril from Yair Lapid’s left-of-center Yesh Atid.  Lapid’s opposition party consistently dogs Likud from second place, according to the polls – even after the walkouts of Benny Gantz and Moshe Ya’alon.

Lapid went to the US to hire American election strategists. They have advised him, our political sources report, to concentrate on building up his image as a steady, level-headed leader endowed with the qualities of an acceptable alternative to Netanyahu as prime minster. He could expect to stay in second place after beating both New Hope and Yamina at the ballot box.

For now, the prime minister is engaged in a day-to-day battle against his Kachol Lavan partner, defense minister Benny Gantz. Netanyahu accuses Gantz of machinations for stalling government moves to bring down the consistently high coronavirus figures, reopen the schools and bringing the country back to a semblance of normality in the face of the pandemic.

Gantz claims the prime minister is improperly capitalizing on his successful covid vaccination drive to boost his popularity ahead of the poll. Netanyahu accuses the defense minister of going all out to prove him a failure by blocking moves to reduce the high number of hospitalized covid patients and giving the country a public display of chaotic mismanagement.

Behind this raucous row is Gantz’s conviction that the prime minister is determined to drive his Kachol Lavan below the parliamentary threshold to oblivion and he is attempting to fight back by destroying Netanyahu’s credibility.