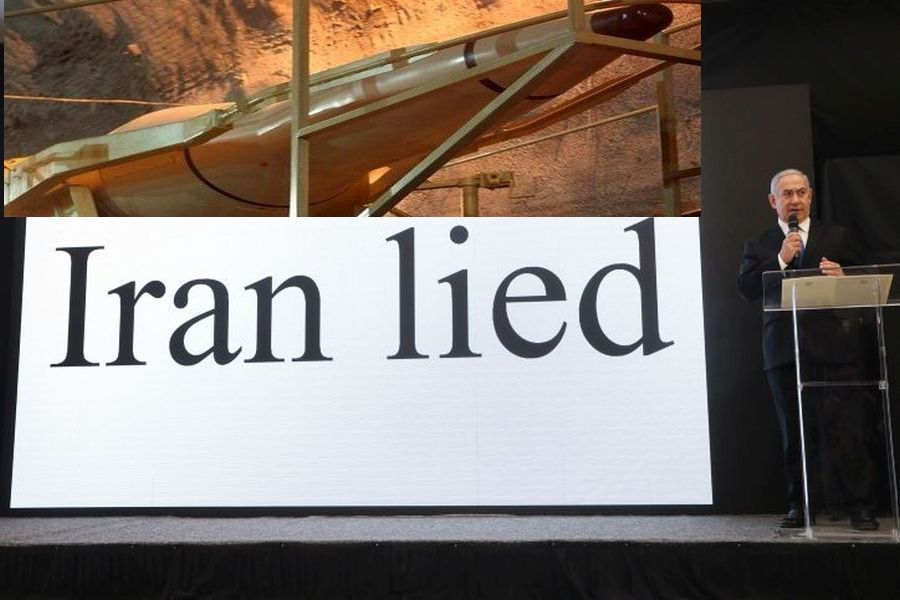 Prime Minister Binyamin Netanyahu, addressing the nation Monday night, April 30, revealed that proofs of Iran’s deceit were provided by Israeli intelligence which, in an amazing feat, got hold of Iran’s secret Atomic Archive. Revealing their content for the first time in public, Netanyahu said the Archive contained 100,000 incriminating Iranian documents, charts, presentations, photos and videos offering conclusive proof that Iran had for years lied to the international community when it claimed it had never sought a nuclear weapon and had secretly continued its military program after signing the 2015 accord. “We have shared this evidence with the US which confirms its authenticity and with other powers,” the prime minister said.
From 2003, Iran moved its nuclear sites from one hideout to another while continue to develop its program. Netanyahu pointed to a photo of an innocent-looking address in the Shorabad district of Tehran where, he said, Iran had in 2017 locked away its Atomic Archive in massive safes. Iran dubbed its secret nuclear weapons program Project Amad. Its goal was to “design, produce and test 5 warheads, each of 10 kilotons TNT yield for integration on a missile.” He pointed to a spreadsheet which itemized the stages of the project: yellowcake production, centrifuges for the enrichment project, the warhead project and simulation.” A secret underground facility was built for developing nuclear cores and building nuclear implosion systems. After the nuclear payload was integrated on a Shahab 3 missile, with a range far longer than Riyad, Tel Aviv or Moscow, tests were to be conducted at five sites in eastern Iran.
To cheat the world, the Iranian defense minister announced that the Amad Project was closed. But on the quiet, he ordered the work to be clandestinely split into two parts: covert and overt (dual use). Under the guise of scientific research, it would stay afloat, using the same personnel as the Amad Project, led by Dr. Mohsen Fakhrizadeh. The material was secretly stored for use “at a time of its choice to develop nuclear weapons.”
One of the key provisions of the nuclear accord, the JCPOA, which Iran signed with six world powers in 2015, was that Tehran would come clean on its nuclear program to the international watchdog, the IAEA. The agency heard Tehran deny the existence of the Amad Project and claim that the use of any technology for developing nuclear weapons had been discontinued. The Atomic Archive proved that Iran lied.

In conclusion, the prime minister said: “Iran lied about never having had a nuclear program and, even after signing the nuclear accord, continued to preserve and expand its nuclear knowhow for future use.” He said that Tehran lied again in 2015 by failing to come clean to the IAEA and continued to lie when its leaders declared they had never wanted to produce a bomb. “Based on lies and deception, the accord gave Iran a clear path to an atomic arsenal.” Netanyahu concluded. “It is therefore a terrible deal. In a few days Trump will make a decision. ‘I am sure he will do the right thing for the US, Israel and world peace.”  President Trump responded to the evidence laid out by Prime Minister Netanyahu by saying: “This is just not an acceptable situation, as I’ve said all along.”

101 thoughts on “Netanyahu: Iran cheated on nuclear accord, so no point in preserving it”