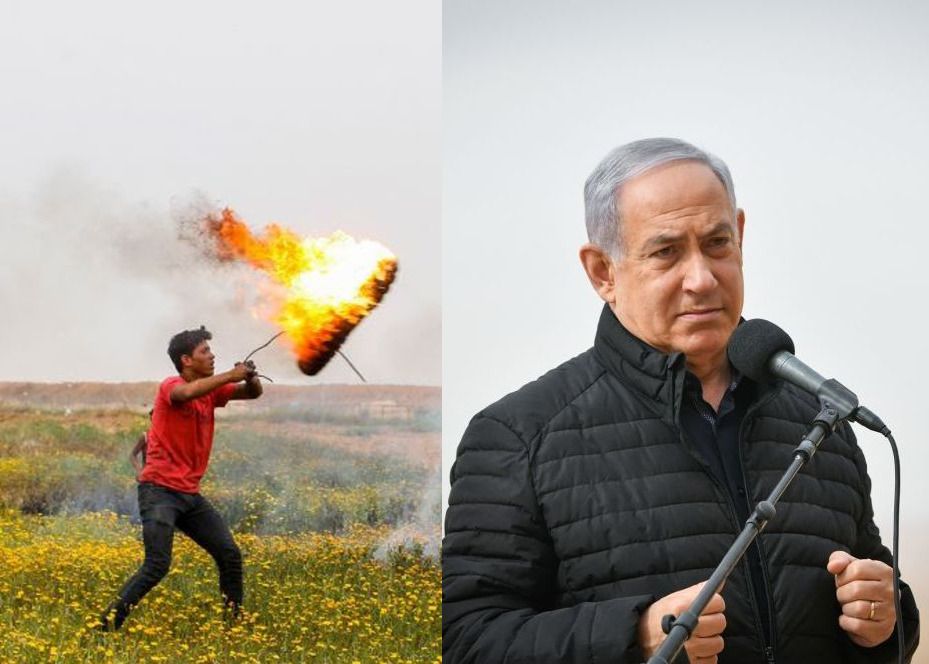 “After 700 rockets, 4 fatalities and 250 injured, Israel has again capitulated to Palestinian terrorist blackmail,” said opposition Blue-White leader Benny Gantz on Monday, May 6, after the Palestinians announced that a ceasefire went into effect at 4.30 a.m. with Israel’s consent. For once, Gantz voiced widespread popular sentiment when he warned that this lame curtailment of massive terrorist rocket aggression held the key to recurring violence on an even greater scale. However, this process also represents a recurring pattern of the Netanyahu’s premiership.

The prime minister and defense minister, Binyamin Netanyahu, is widely seen – even in his own Likud – as letting down the general expectation which he himself fostered, for the IDF to be allowed, at long last, to cut short in the long term the violent harassment which Hamas and Islamic Jihad terrorists have meted out on the population for years. It was hoped that this time, Netanyahu would break with his long practice, and finally tough it out for the sake of a better future for the battered population of the South.

That his government allowed the Palestinians to inform the Israeli public of the ceasefire post factum – leaving it to the IDF Home Security Command to simply tell people to go back to their normal routines, without explanation – was an especially bitter pill . On Sunday, after the heaviest Palestinian rocket barrage since the 2014 war hit Israel’s southern towns and villages, killing 4 people and injuring 250, the IDF Home Command ordered schools closed on Monday for a second day and 200,000 children kept at home. On Monday morning, they woke up and were told suddenly that it was back to school and their normal routines.

How were people expected to behave normally? On Monday, as scores of rockets landed on their heads, they heard a senior Likud minister, MK Avi Dichter, declaring that this time, the IDF was fully prepared to repeat in Gaza the Jenin operation that ended the Second Intifada 15 years ago. Dichter may have been naively convinced with the rest of the country that this scenario was finally about to unfold. However, the IDF spokesman also announced the transfer of the 7th Armored Brigade and the Golani Brigade troops to the Gaza border for a buildup of strength “in preparation for an operation that could go on for days.”

Monday morning, that statement was exposed as a deliberate smoke screen for concealing the secretly ongoing, ceasefire negotiations with terrorists while they intensified their rocket blitz.

While the army defers to government policy and directives, its spokesman takes his orders from the chief of staff. Lt. Gen. Aviv Kochavi would be well advised to urgently repair the senior IDF spokesperson’s current strategy of issuing false and misleading statements. An effort must be made to restore credibility to this institution considering is important role in shaping  public morale especially in times of stress.

As for the army’s morale, large-scale combat units were transferred on Sunday to the Gaza sector for the second time in two weeks – the first time in the last week of March and this week again – only to be sent back to their former bases a few hours later after doing nothing.

DEBKAfile’s sources offer the following motivation for Netanyahu’s apparently purposeless exercises around the Gaza Strip and failure to go all the way against massive terrorist aggression: He appears to be putting his trust in the eventual rise of an independent Palestinian state – even under Hamas rule – that will finally force the break-up of Mahmoud Abbas’ crumbling Palestinian Authority. This goal is in line with the US Middle East peace plan on whose final draft President Donald Trump’s advisers, Jared Kushner and Jason Greenblatt, are putting the final touches before publication.  This goal would also fit the plans of Egypt’s president Abdel-Fatteh El-Sisi.