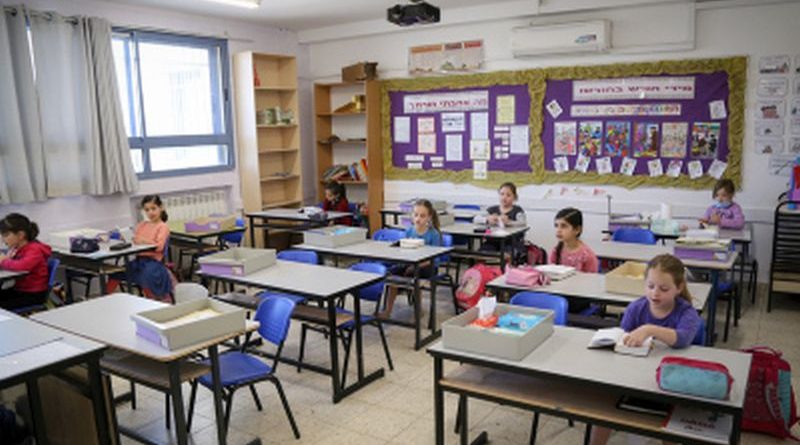 The opening of shopping malls and markets on Thursday, May 7, kindergartens and other classes next week and freedom of movement outside the home, including  family visits to the elderly, were announced by Prime Minister Binyamin Netanyahu on Monday, May 4, in light of the steeply sliding curve of covid-19 infection. The 100m radius ban was annulled.

Face masks remain obligatory as well as social distancing and strict hygiene. After nearly three months of lockdowns, closures and restrictions, he said, the number of recoveries outstrips the number of infections. While the 235 deaths are regretted, Netanyahu stressed that countries with comparable populations to that of Israel had suffered death tolls well in excess of 10,000.
The country owed its successful battle against the pandemic, Netanyahu said, to three steps:

Also to be opened are parks, museums, libraries and gym studios up until mid-June, so long as guidelines are observed. First, second and third grade pupils who returned to school on Sunday, each wore a face mask and carried a small bottle of alcogel. Classes were split in half to create space between them. The pre-schools will also re-open on May 10, if they can be organized according to this format.

Parties and weddings of 10 participants may take place in open venues, increasing to 50 next week. Small hotels can also start taking in guests if they obey the health rules. The prime minister warned, however, that if certain omens of a covid-10 resurgence emerged, restrictions would be snapped back without delay and the health system would go back to dealing with it. He listed those omens as 100 new coronavirus cases a day (outside hotbeds), 250 new serious infections per day and the doubling of infection every 10 days.

The finance minister Moshe Kahlon emphasized the government’s focus on preventing a recession hitting the country in the wake of the pandemic. He reported that a plan to stimulate growth and employment was in the works. Also announced was a streamlined system for compensatory payments to reach small businesses after the promised allocations got tangled in red tape.
A total of 16,246 people had tested positive for corona by Monday, May 4. At present, 5,947 are ill, of which 90 are in serious condition and 70 on ventilators. The deal toll rose to 235 and the number of recoveries to 10,064