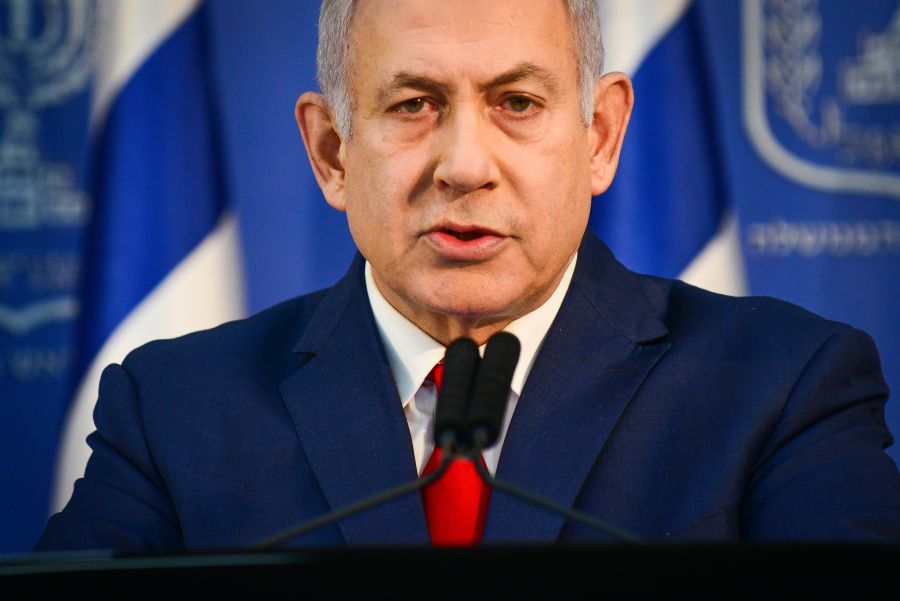 Prime Minister Binyamin Netanyahu announced Sunday night, Nov. 18 on TV that he was taking over as minister of defense, that an important security step was ahead which would call for “sacrifices,” but promised, “we would overcome.” Instead of the expected date for an early poll, Netanyahu said the coalition must be saved since “an election at this time would be irresponsible,”
He delivered this emotional speech after no common ground was reached at his meeting with Treasury Minister Moshe Kahlon – who demands a spring election, and ahead of a news conference on Monday – at which Jewish Home leaders, Education Minister Naftali Bennett and Justice Minister Ayelet Shaked, threaten to resign if Bennett is not awarded defense. By stepping down from defense last week over the government’s approval of a ceasefire with Hamas,  Avigdor Lieberman left the government with a fragile major of 61 in the 120-seat Knesset.

The prime minister pledged that, just as in the past, he had clear, winning plans – first,to save the sagging economy and later, to lift Israel out of international isolation, he now had a clear plan of how to deal with Israel’s security challenges at a time which he called “highly complicated for national security.”

He appealed to “the citizens of Israel” for understanding that it was not possible, in the interests of national security, to share with them all the information in the possession of the IDF heads, the Shin Bet ad himself. He also appealed strongly to his coalition partners to act responsibly and not bring down the government at this time.

DEBKAfile: Netanyahu, having lost the backing of most of his coalition partners and damaged his popular credibility by his government’s handling of the Gaza crisis, tried going over the heads of the politicians to win over the ordinary citizen. He told them that his commitment to national security was long proven and absolute and the situation was too dire for political or personal calculations to weigh in. It is hard to believe, however, that after a long period of security restraint, he can garner enough popular support to overcome the political opposition piled up against him and avoid a snap election, unless the “security step” he mentioned comes to light in time.