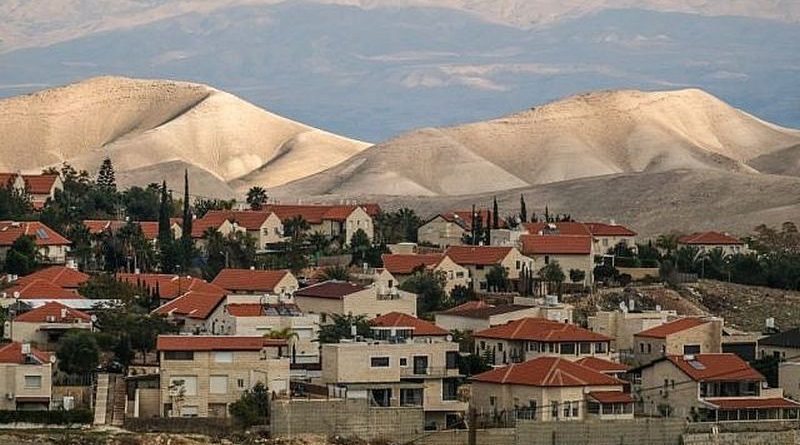 DEBKA Exclusive: PM Binyamin Netanyahu will next week declare Israel sovereignty over Maale Adummim, a small town 7km east of Jerusalem, as the first step towards realizing the Trump peace plan. The details of this step are still unclear, since the town is located in an area called E1, which connects it to Jerusalem and has not yet been precisely mapped. Therefore, the prime minister may just make a general statement of Israel sovereignty and leave the details until after the March 2 election.

This decision comes against the background of comments heard on Wednesday, Jan. 29, from the authors of the peace plan, the president’s special adviser Jared Kushner and Jason Greenblatt, that they don’t expect Israel will go forward in the coming days to annex all the Jewish locales across the Green Line, as set forth in the plan. US Secretary State Mike Pompeo later said in a TV interview that he is sure the Israeli government will act according to the law and its tempo.

DEBKAfile’s Washington sources disclose that the Trump administration has asked Netanyahu to submit the “Deal of the Century” to the Knesset for endorsement before going forward to execute its share of the plan, i.e., proclaiming Israeli sovereignty over 34pc of the West Bank area. Opposition leader Benny Gantz picked up on this request and decided to run off with it. He plans to table the Trump peace plan in the Knesset himself next week.

According to our sources, Trump officials urged Israel to hold its horses after being asked by Saudi Arabia and Egypt to give them a chance to prepare their domestic public opinion and allow people to digest the import of the Trump peace plan before it takes off. Both Arab governments informed Washington that they are not opposed to the plan, but they want to make sure that the Arab League’s foreign ministers meeting in Cairo on Saturday, Feb. 1, approve a mild resolution. This will be difficult if Netanyahu has meanwhile rushed forward with annexations.

Our sources also reveal that Mahmoud Abbas, Chairman of the Palestinian Authority, who has rejected the Trump blueprint with “a thousand noes,” secretly approached the Saudis and Egyptians with a request to try and slow down the Trump blueprint’s implementation. Its immediate realization, he said, would leave him without an Arab umbrella and no choice but to join up with the extremist Hamas and Islamic Jihad to fight the plan. In any case, Abu Mazen reported he is planning to revoke Yasser Arafat’s signature on the 1994 Oslo accords, including the attached letter he wrote to the late Israeli prime minister Yitzhak Rabin affirming Palestinian recognition of the state of Israel.