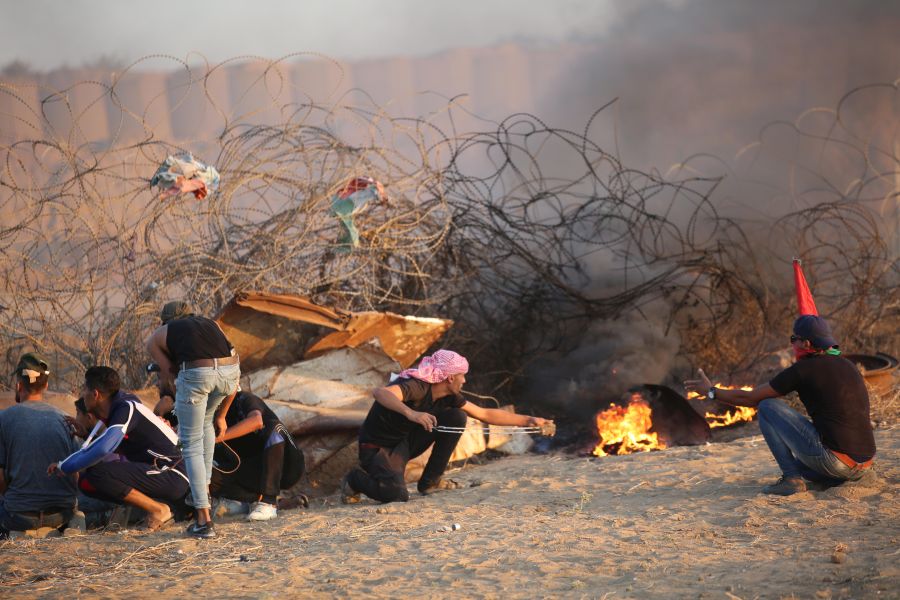 DEBKAfile Exclusive: Israel stands ready for a major war against the Palestinian terrorist organizations of the Gaza Strip. PM/Defense Minister Binyamin Netanyahu relayed this warning to Hamas via the Egyptian intelligence delegation which arrived in the Gaza Strip on Sunday, Sept. Sept. 8 and went into conference with Hamas leader Yahye Sinwar. The message warned Hamas that the escalating attacks on Israel and threats of violence of late had prompted a decision in Jerusalem to opt for a general war as the only way to put a stop to the terror harassment ongoing year after year. This message was Israel’s last warning and final notice to Hamas. More attacks and Its failure to uphold its commitments for reining in its people and those of its allies, in keeping with standing undertakings, would have one consequence, the prime minister warned. The IDF already had its orders and is standing ready to launch a comprehensive military campaign against Hamas and the other terrorist organizations operating in the Gaza Strip.

At the end of the message, our sources report, Netanyahu emphasized that Hamas and its leaders would be seriously mistaken if they expected Israel’s Sept.17 election to delay its Gaza operation. Quite the opposite. The election will be delayed. Israel’s political parties will join forces to postpone the election until after it is over.

This was the first time that the prime minister had suggested a possible postponement of the general election due to a war situation, in view of its almost certainly involving the civilian population as well.

This message is seen by our sources as the prime minister’s reply to the Iranian-Hizballah conspiracy to step up the violence on Israel’s borders in order to topple him and his Likud party at the forthcoming poll. This conspiracy was hatched at a secret war counsel in Beirut on Aug. 28 by the IRGC commander Gen. Hossein Salami, Al Qods chief Gen. Qassem Soleimani and Hizballah’s Hassan Nasrallah. Netanyahu’s final warning to Hamas on Sunday turned the tables on the conspirators with the information that the key election on which they had counted for his ouster would not take place amid rising aggression – but postponed.

33 thoughts on “Netanyahu to Hamas via Egypt: IDF is set for Gaza war – even if it means delaying the election”