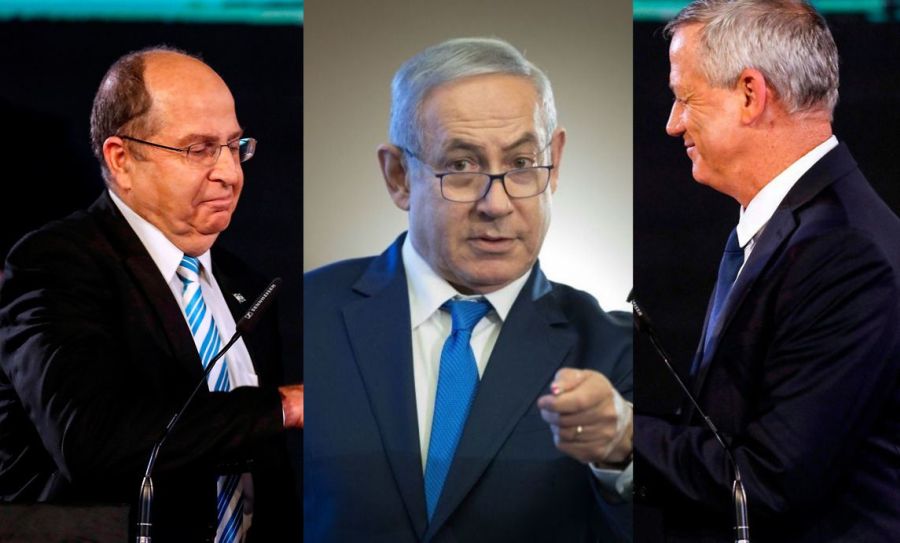 Blue-White leaders Benny Gantz and Moshe Ya’alon face a libel suit by Prime Minister Binyamin Netanyahu. On Friday, March 22, Netanyahu announced he had instructed his attorneys to bring a suit against them for publicly accusing him of treason in their campaign rhetoric.  He announced his decision on Facebook, asserting that the three Blue-White party leaders fighting to unseat him had crossed a red line “on matters of the greatest sensitivity to national security. Their lies are nothing less than a blood libel,” he wrote. Lapid was not named only because as a Knesset member he is immune from prosecution.

Regarding the Blue-White leaders’ allegations that he profited illicitly from Israel’s purchase of submarines from Germany, Netanyahu stated that in 2007, while a Member of Knesset outside government, he invested in a private company producing original technology. That company did not manufacture submarines, steel or even the electrodes used in manufacturing steel. This company had nothing remotely to do with building submarines. As proof that the allegations against him are absurd, Netanyahu noted: “I sold those shares in 2010, a year and a half before the first submarine deal [with the German ThyssenKrupp shipbuilders] took place on my watch. That was two years before the German company sold submarines to Egypt. There could therefore be no connection whatsoever between these occurrences.” The attorney general has ruled his decisions regarding the submarine transaction with Israel and Egypt as motivated purely by security considerations.
“And now for the most egregious lie:  Lapid, Gantz and Ya’alon accuse me, who has devoted his life to this country, of treason.” That is “unbridled incitement” which crosses every line. Shame on you!” the prime minister writes, adding that he could on no account pass over what was nothing less than a blood libel against him.