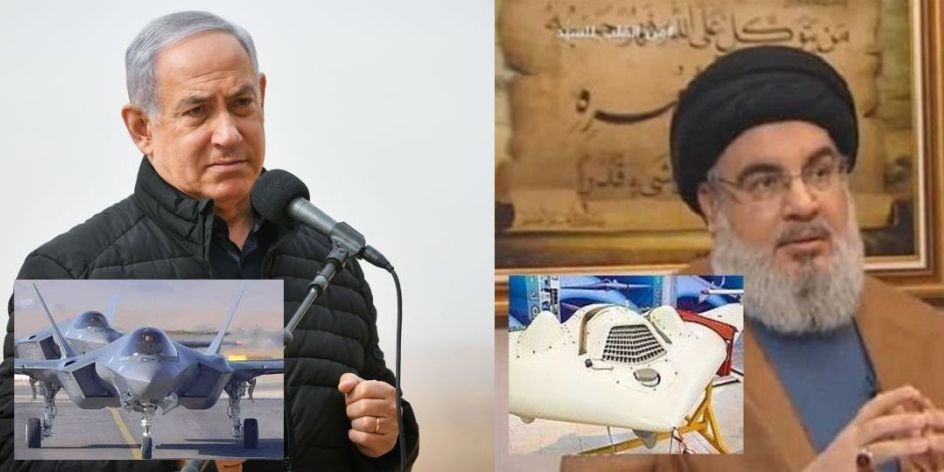 Hizballah’s Hassan Nasrallah was implicitly threatening Saudi Arabia as well as Israel when he said on Friday, July 11, that his precise missiles’ range extended south of Israel’s southernmost town of Eilat. He was answering Prime Minister Binyamin Netanyahu’s pointed reference to Syria as well as Iran when on Thursday he spoke of the range of Israel’s F-35 stealth fighters.
Nasrallah’s hinted threat to Saudi Arabia ties in with the latest US intelligence updates, reported by DEBKAfile’s sources, that the Yemeni Houthi insurgents have become reluctant to continue shooting Iranian rockets at Saudi towns. The Hizballah leader sounded as though he is ready to take over the Iranian-orchestrated campaign against Saudi Arabia from Yemen by setting up missiles launches from Syria or Iraq. This shift would bite deep into the US-Israeli strategy for lining up a Western-Arab-Israeli defense pact for combating Iran. Both would be shown as incapable of protecting their ally.

At the same time, Nasrallah and PM Netanyahu are canny strategists who know the exact limits of their strength and freedom of operation. The Hizballah leader, pinching a page from Netanyahu’s book and displayed a map of Israel to show the range of his precise missiles, including Ben Gurion airport and the power stations along its shores, and how they wold bring Israel “to the brink of extinction.” But he wound up by saying, “Hizballah is not the leader of the battle in Syria and neither is Iran.”
This was taken to mean that Israel was free to carry on striking Iranian and Hizballah targets in Syria, but, just as neither Nasrallah nor his Iranian bosses will determine Syria’s ultimate destiny, neither will Netanyahu’s bombardments.
He knows whereof he speaks. DEBKAfile’s military and intelligence sources note that for two months, the Russians have been quietly curtailing the areas of operation available in Syria to the Iranians and their allies. They have chased them out of the Syrian-Israeli border districts and the Qalamoun mountains straddling the Syrian-Lebanese order, except for a the narrow corridor for the Damascus-Beirut highway and an outpost at Zabadani.

With the winding down of the Syrian war in most sectors, Nasrallah has been able to pull two-thirds of his fighting force back to Lebanon, Whereas, as many as 10,000 men were fighting for Bashar Assad at the conflict’s peak, 2,000-3,000 remain in Syria at present. Nasrallah therefore commented in his speech on Friday, “We have redeployed and downsized our forces in Syria due to the improved security situation.”

Nasrallah takes care not to criticize Russian military actions in Syria, just as Israel’s prime minister never says a word against US military movements in that country. Both take into account that the big powers are guided by concerns and considerations that transcend those of Beirut, Tehran and Jerusalem. Sometimes there are apparent contradictions in their policies. For instance, the Russians, after cutting deep into Iranian forces’ holdings in Syria, including kicking them out of the air bases used by the Russian Air Force, have recently given them permission to return to the big T-4 air base near Homs. Tehran did not waste a minute before shipping back to the base a fleet of its big Saegheh-2 stealth UAVs. They were no sooner back in position and installed at T-4 when the Israeli air strike of July 1 destroyed them.
Moscow, Tehran and Jerusalem have kept a tight lid on information about this Israeli operation. And so Nasrallah could assert without fear of denial on Friday, “The latest Israeli strike on Syria was not against important targets.”  However, another of his comments is important to note: “Who said that we don’t have anti-aircraft missiles and who said that we do? We follow the policy of constructive ambiguity in this regard.”