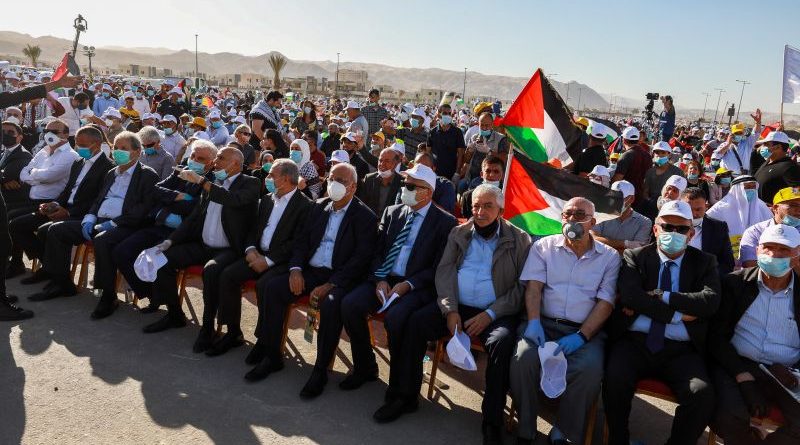 US presidential adviser Jared Kushner won’t want to let PM Binyamin Netanyahu get away with setting the Palestinian issue aside for another day when he announces Israel sovereignty on parts of the West Bank in seven days’ time. Kushner is playing a lead role in the White House discussion prior to the announcement. It is also attended by Secretary of State Mike Pompeo, US Ambassador to Israel David Friedman and Avi Berkowitz.

The pro-annexation camp will argue that the Palestinians have anyway rejected Trump’s Deal of the Century and refuse to sit down with Israel – or even the Americans – on future statehood. Kushner however will insist that negotiations with the Palestinians on a state on 70pc of the territory are part and parcel of the deal which empowers Israel to annex land inhabited by Jewish settlements – up to 30pc of the territory.

It is that insistence on the taboo issue of Palestinian statehood which splits the pro-annexation camp on which Netanyahu relies for a Knesset majority. Furthermore, his coalition partner, Kahol Lavan’s Benny Gantz, is being evasive, despite the efforts of US Ambassador David Friedman to broker a government consensus behind Netanyahu’s plan. While supporting the Trump peace plan in toto, Gantz, as alternate prime minister and defense minister, declined to sign off on any of the sheaf of optional annexation maps drafted by Netanyahu. These versions, some of which may allow possible annexation in stages, have not been released, any more than the product of the US-Israel mapping committee. On July 1, when Netanyahu releases his plan for sovereignty over parts of Judea and Samaria and the Jordan Valley, it will be the first time that the general public can view an approved format. It will most likely cover the points hammered out in intense discussions this week between the White House and Netanyahu.

Both governments are heavily encumbered by the agonizing dilemmas posed by the aggressive coronavirus pandemic. The Trump administration is additionally weighed down by the George Floyd protests across the country and bedeviled by John Bolton’s harmful allegations from his time as national security adviser. Kushner must ascertain in the White House deliberations that unforeseen consequences don’t damage his father-in-law’s prospects of re-election in November. His Democratic rival, Joe Biden, has ranged himself and most of his party against unilateral Israeli annexation. Kushner is also concerned not to allow chaotic regional fallout from Netanyahu’s actions to upset the warm US relations he fosters in the Gulf and Arab world at large.
Netanyahu believes that the Arab rulers will eventually accept the new reality and not allow annexations to mar relations. He is determined to strike while the iron is hot, i.e., so long as Donald Trump sits in the Oval Office, preferably with a dramatic step. His following cite historic Palestinian rejections of far more generous peace plans in the past, including the ideas doggedly promoted by Barack Obama and John Kerry.

They also point to one of the great advantages of the peace plan compiled for the president by Kushner and Jason Greenblatt: it does not require any Palestinian or Israeli to be uprooted from their present habitations. The Palestinians would retain control over the seven largest West Bank towns.

Extending sovereignty to the Jordan Valley, which has for decades been under Israeli military control, would provide the country for the first time with a fixed eastern border and a major security bulwark.

Jordan’s King Abdullah has been fighting the Israeli plan tooth and nail on Capitol Hill and most moderate Arab rulers are backing him and the Palestinians, fearing for the kingdom’s stability.

In the run-up to annexation day, Israel’s military is making preparations for possible outbreaks of Palestinian violence. According to one scenario, the Gaza Strip would go first and then ignite the West Bank. If the ruling Fatah’s Tanzim arm, which led former waves of terrorism, jumps in, Israel could face a third “Intifada” (terrorism uprising). For now, these preparations are tagged “just in case.”

On Monday, June 22, the Palestinian Authority organized its first anti-annexation protest rally in the Jordan Valley town of Jericho, one of the seven under its rule. For added pressure on the US and Israel to drop the planned application of sovereignty, dozens of foreign diplomats took part in the demonstration of some thousands of Palestinians – British, Chinese, Russian, Japanese, Jordanian, the European Union’s envoy Sven Kuehn von Burgsdorff and also United Nations peace envoy for the Middle East, Nickolay Mladenov.

They warned Israel of “consequences” if it went forward with unilateral annexation “in violation of international law” and emphasized that this step would kill the prospects of a Palestinian state alongside Israel to which they were all permanently committed.

On Tuesday, US Republican leaders sent a letter to the prime minister declaring their commitment to Israel’s right to decide independently and without pressure on its defensible borders and the right to decisions on its sovereignty, The letter was signed by 109 Republican members.