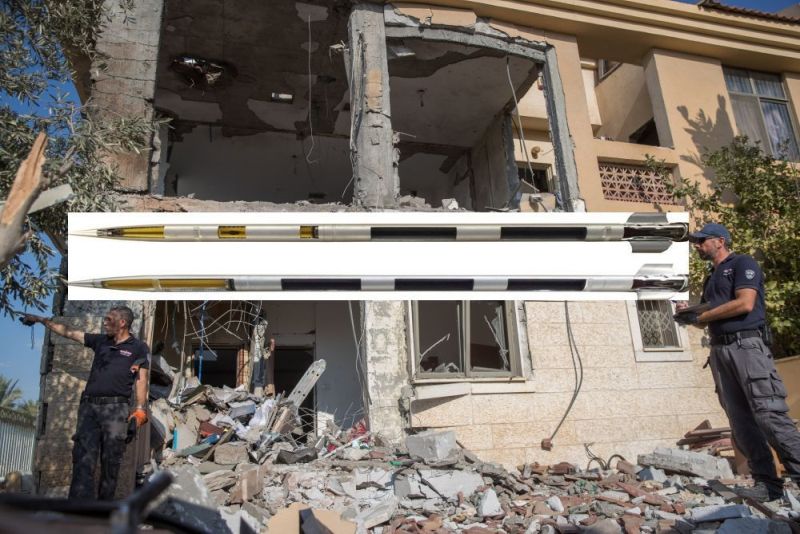 Chaired by Prime Minister Binyamin Netanyahu, Israel’s security cabinet, the ultimate arbiter of military operations, spent more than five hours in heated debate overnight Wednesday, Oct. 17, without deciding how to respond to the Palestinian rocket fire hours earlier against two major cities – Beersheba, capital of the Negev, and Rishon Letzion, 19km south of Tel Aviv. Each has a population of more than 300,000. This fruitless debate strongly betokened the collapse of the “containment” strategy which the prime minister and Chief of Staff Lt. Gen. Gady Eisenkot have pursued doggedly as the centerpiece of their security policies.

Israel’s prime ministers traditionally stand or fall on their success in two areas: Security, the overriding top priority, followed by the economy and a clean slate on corruption. So the failure of “containment” in the face of Hamas’ escalating violence marks the onset of Netanyahu’s downward path after a record-breaking 10 years as Israel’s prime minister. Seemingly trivial events often signal a leader’s unforeseen downfall. It is therefore important to elucidate the elements of his containment doctrine:

Up until mid-2016, Netanyahu was seen by many Israelis as the wizard who had welded those five elements into a powerful mechanism for bringing the country great political, security and economic benefits. Much of his popularity derived from the sense that he broke through the wall isolating Israel from its Arab neighbors for decades. This was achieved by forging – often clandestine – military, intelligence and economic ties with important Middle East powers, such as Egypt, Saudi Arabia, the UAE and Qatar. Israelis had begun to feel welcome in a region which had been hostile for so long – a sense that Netanyahu’s predecessors had never managed to instill.

Owing to wide popular trust in his policies, Bibi was not challenged by and large when he advocated the application of Israel’s military capabilities only as a last resort against extreme threats, such as a sword hanging over its sovereignty or territorial integrity. Lesser threats would be dismantled by wise diplomatic tactics with Washington’s backing. The prime minister took good care to coordinate his tactics and military action, when necessary, with the US administration (even in the days of Barack Obama).

When three years ago, Russia deployed substantial military strength in Syria, Netanyahu lost no time in cultivating smooth working relations with President Vladimir Putin. Many Israelis were confident that their government was in good standing not just in Washington and with informal Arab allies, but also in Moscow.

Some saw great advantage in the diplomatic advances made by the Netanyahu government without recourse to military action or involving the Israel Defense Forces (IDF) in local wars. During most of his decade in power, therefore, Israel was at peace, while other armies, including those of the United States and Russia, were embroiled in local wars and suffered casualties.

This calm was marred only by frequent terrorist encroachments from the Hamas-ruled Gaza Strip. In 2014, after eight years of rocket fire, Netanyahu sent the IDF into Gaza for a short, limited operation called “Defensive Shield.” After that, southern Israel enjoyed a respite until Hamas was ready to launch its next reign of terror in March 2018.

By then, Netanyahu and Gen. Eisenkot’s use of containment had become an immovable fixture of national security. It had also become so rigid that it is hanging over their heads like a Sword of Damocles, because the security misses during Netanyahu’s watch were piling up against him:

Those five missteps derived from the prime minister and his army chiefs becoming prisoners of their doctrine of containment, which bars the application of military force to solve problems. At most, the air force may be assigned to surgical operations. Not only Hamas, but Iran, Hizballah and Syria are factoring Israel’s military passivity into their calculations for gaining ground on Israel’s borders.

At the same time, while many Israelis were happy to see IDF troops kept out of harm’s way, their confidence in Netanyahu’s decision began to slip after his security cabinet held back from ordering an effective response to Hamas’ arrogant claim of victory against an Israeli army tied down to a defensive posture. This slide in confidence has begun to cut into the popular faith in Netanyahu.

Even if in the coming days, he decides to make good on his repeated pledge of “a powerful strike” against Hamas, it may be too late to restore this faith. More and more people are looking forward to the next election in November 2019 – or even pressing to bring it forward – grumbling that a decade is long enough for one man at the helm and it is time for change. While the long-running police probes against Netanyahu and his family, on suspicion of minor bribe-taking charges, made few inroads on his popularity or were not taken too seriously, today they are gaining resonance from wide disenchantment over the Gaza fiasco.