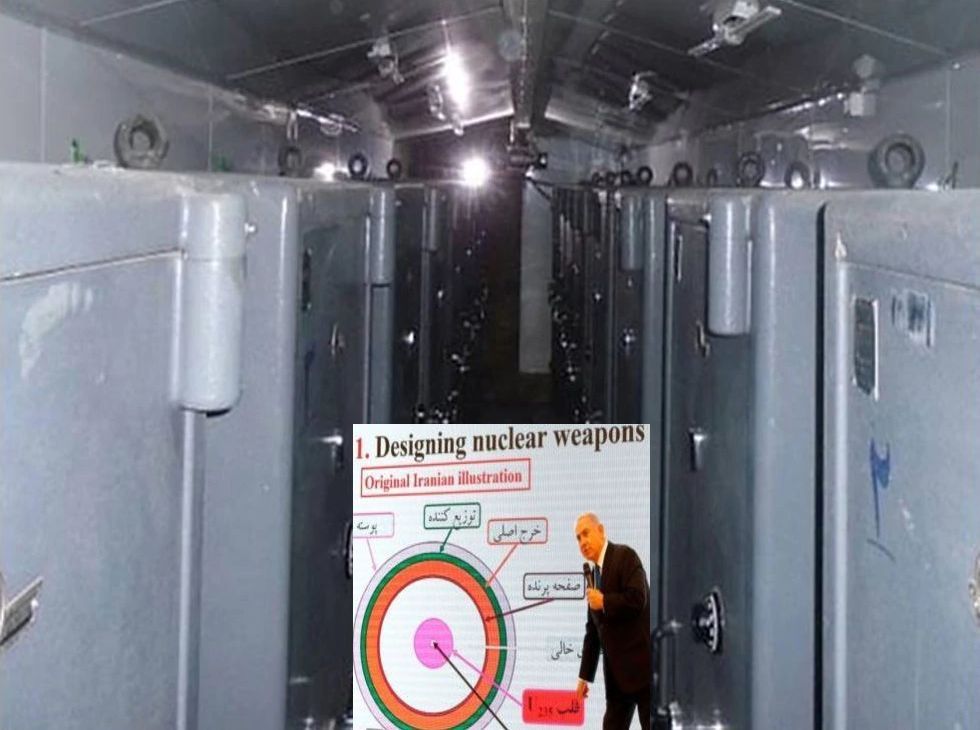 Will Prime Minister Binyamin Netanyahu’s exposé of Iran’s deceit in signing the 2015 nuclear accord affect the Islamic Republic’s current Middle East military strategy?  Most certainly not, say DEBKAfile’s military and intelligence sources. Just the reverse. Neither will it have much effect on world opinion, which is long inured to disclosures of Iran’s warmongering in the Middle East, its illicit ballistic missile program and its nuclear partnership with the rogue North Korean regime. European leaders were not bowled over by Netanyahu’s revelations either. As one put it: “We have never been naive about Iran.” The Russian and Chinese presidents are nowhere near being convinced to drop their support for the JCPOA or change their Iranian policies.
So why did Netanyahu choose to release the 100,000 secret documents covering Iran’s nuclear secrets at this time? The answer is to be found in the fact that they were harvested in a joint secret coup engineered by the Israeli Mossad, headed by Yossie Cohen and the American CIA director Mike Pompeo, before he became secretary of state. President Donald Trump needed heavy ammo for a decision to take the US out of the 2015 nuclear deal on May 12.  This decision and how he handles the Iranian peril will vitally affect his tactics for the coming summit with North Korean leader Kim Jong-un.

The wheels spinning behind Netanyahu’s dramatic presentation, the parties covertly involved in obtaining Iran’s secret Atomic Archive, and the hidden collaboration between the White House and the Prime Minister’s Office in Jerusalem, will be revealed in the coming DEBKA Weekly issue out on Friday, May 4. If you are not already a subscriber, click here to sign on.