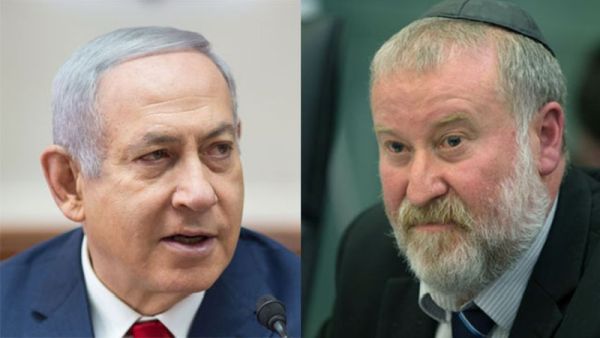 Time is not a factor in determining Binyamin Netanyahu’s future. It may take up to five years from day one of his trial to final verdict on appeal. Neither is his good name any longer at issue after being dragged publicly through the mud for three years during the investigation. Branding Netanyahu under three criminal indictments unfit to rule and a source of corruption was the opposition’s campaign leitmotif in three elections, that took place well before his guilt was proven in court. So until the verdict, the trial holds no new shocks for Netanyahu.

Netanyahu steadily denied any wrongdoing. It’s all about nothing, he claimed – a witch hunt. He and his sizable claque then unwisely assaulted the integrity and probity of the forces of law and order, including Attorney General Avihai Mandelblitt, charging them with framing him in pursuit of a political conspiracy for his ouster. Neither did he help his case by a last-minute request to be excused from attending the court’s first session. It was refused.
And so finally, the trial opening at the District Court on Sunday, May 24 finds a sitting prime minister in the dock for the first time in Israel’s history. The three judges, Rifka Friedman-Feldman, Moshe Ben-Amand and Oded Shaham, face the almost impossible duty to insulate themselves from the defendant’s long-presumed guilt, hammered day after day by the media on the strength of select leaks from the investigation that were designed to break him down. The judges are bound to apply exclusively and without bias or preconceptions to the evidence put before them and deliver a true verdict.

The first session consists of a reading out of the charges of breach of faith, bribery and fraud, and then adjourn. Dates will be set for the prosecution and defense counsel to present their cases – each assigned 60 days for the purpose, before the court begins its hearings of hundreds of witnesses and a mountain of evidence from both sides.

DEBKAfile’s sources reveal that Netanyahu’s counsel is preparing to call as witnesses a string of prominent publishers, news editors and journalists to testify how the give-and-take system of favorable coverage for benefits works between politicians and the media in Israel – and indeed in most Western countries. This stage is estimated to consume between two to three years up until the verdict and sentencing. The defendant will certainly appeal if he is convicted and sentenced to prison; the prosecution, if he is acquitted. The appeal procedure will take up to another year or two.
Netanyahu has pledged to comply with the final verdict at the end of this process. But it will drag on long enough for him serve out his current 18-month term as prime minister, complete his service as alternate PM after switching the premiership to Benny Gantz – although in that capacity, he may face another court challenge. This would be tricky since the High Court last month ruled that it had no jurisdiction for intervening in the functioning of the Knesset or the executive branch. Alternatively, he may come to a deal with the prosecution for avoiding a prison sentence.

If he can sail through this minefield, all things being equal, we might even find Netanyahu at 75 leading his Likud party in another general election. Or else, he may decide that, after breaking the record as the longest-serving Israeli prime minister, he has had enough, and it is time to quit. At all events, he is resolved to reserve to himself the decision on when to leave and not let himself b pushed out.

Netanyahu shares the dock with three co-defendants. Arnon Mozes, publisher of the daily Hebrew-language Yediot Acharonot newspaper, and Shaul and Iris Elovitch, the controlling shareholders of Israel’s Bezeq telecommunications company and also owners of the Walla news website. They are charged with providing Netanyahu with favorable coverage in exchange for benefits.
Former members of Netanyahu’s staff are expected to testify against him after reaching plea bargain deals with the prosecution: Shlomo Filber, ex-director general of the communications ministry who allegedly handled regulatory benefits for Elovich in return for favorably slanting news coverage of the prime minister on the Walla! website which he owns; Ari Harow, who taped Netanyahu’s secret meetings with Mozes; and Nir Hefetz, his former media adviser.