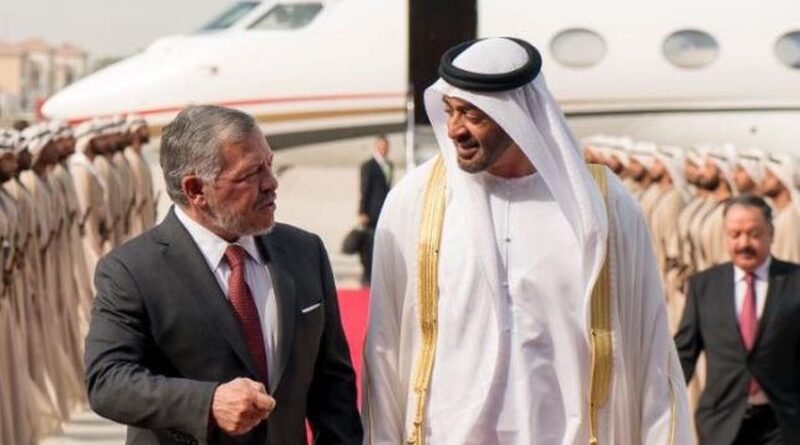 Jordan’s pretext for blocking PM Binyamin Netanyahu’s flight to the UAE on Thursday, March 10 – for important talks with the UAE ruler, Abu Dhabi’s Crown Prince Sheikh Mohammed bin Zayed Al Nahyan – was a spat over Jordanian Crown Prince’s visit to Temple Mount the day before. The young prince arrived at the Israeli border with more armed guards than had been agreed on. The additional guards were turned back, and Hussein went off in a huff. Later Thursday, Amman reconsidered and authorized the prime minister’s flight, but it was too late for the visit to go ahead.

DEBKAfile’s Mid-East sources fill in the real motives underlying the Jordanian king’s conduct. The royal courts of Amman and Abu Dhabi and King Abdullah and the UAE ruler have been at daggers drawn for months, ever since the Abraham Accords shifted the regional balance against Amman. After the Emirates became the first Gulf nation to establish normal relations with Israel, the Jordanian prince Ali bin Hussein called the UAE a traitor to the Arab national cause in a Facebook notice. The post was deleted a few hours later but the animosity between Amman and Abu Dhabi lingered.

Matters went from bad to worse as events saw Jordan being degraded as a strategic ally in the eyes of Washington and the Gulf capitals alike.
As president, Donald Trump turned a deaf ear to Abdullah’s constant demands for financial aid and new weapons systems for his army, and especially, F-16 fighters for his air force. Washington disregarded the Hashemite kingdom as a force in which it was worth investing for a role in the regional front against Iran. He preferred to focus on the Gulf rulers and the traditional security US partnership with Israel.

Trump’s success in persuading Israel to freeze the annexation of West Bank settlements for the sake of a peace accord with Abu Dhabi put the Jordanian king in a poor light as having failed in his pretension to be the leading defender of Arab interests versus Israel.

For lack of US aid, the kingdom of Jordan has sunk into deep economic crisis. The situation on Temple Mount (claimed by Muslims as Haram el-Sharif, the Noble Sanctuary) was always an irritant. After the Arab Accords were signed, the Grand Mufti of Jerusalem and Al Aqsa Mosque, who resides in Jordan, published a decree (fatwa) prohibiting citizens of the UAE to visit Jerusalem and praying on Temple Mount unless they reached the shrine through Jordan.

The bizarre incident on Wednesday was part of that tussle. Jordanian crown prince Hussein bin Abdullah announced that he wished to pray on Temple Mount. The visit was coordinated with Israel, He arrived together with the grand Mufti, against whom Israel has shut the door, along with dozens of armed Jordanian security personnel, over and above the number agreed on. This act was meant to show that Israel was not to be trusted with the safety of Muslim pilgrims visiting the shrine. Abdullah’s denial of a flight path for Netanyahu to reach his appointment with the UAE ruler on time was a demonstration of pique at the way his son was treated.

Netanyahu’s first official visit to the UAE, the first Arab nation to sign the Abraham accords, was cancelled for the fourth time. The trip had been originally scheduled for several days with stops in Dubai and Bahrain as well. Netanyahu had said it had “great security national and international importance.
Due to his wife Sarah’s sudden hospitalization with appendicitis, Netanyahu decided to make it a short trip. He was to meet Sheikh bin Zayed for two hours at the airport of the Emirati capital. All sides had been working on Saudi Crown Prince Mohammed bin Salman joining them. But then, Jordan put a spoke in the wheel.

Opposition leaders, including defense minister Benny Gantz laid the blame for the contretemps on Netanyahu’s “poor relations with King Abdullah and loss a valuable strategic partner.”

Netanyahu met instead on Thursday with Czech Prime Minister Andrej Babis and Hungarian Prime Minister Viktor Orban in Jerusalem to discuss cooperation in developing and producing vaccines. He said that his UAE visit would be rescheduled some time soon.