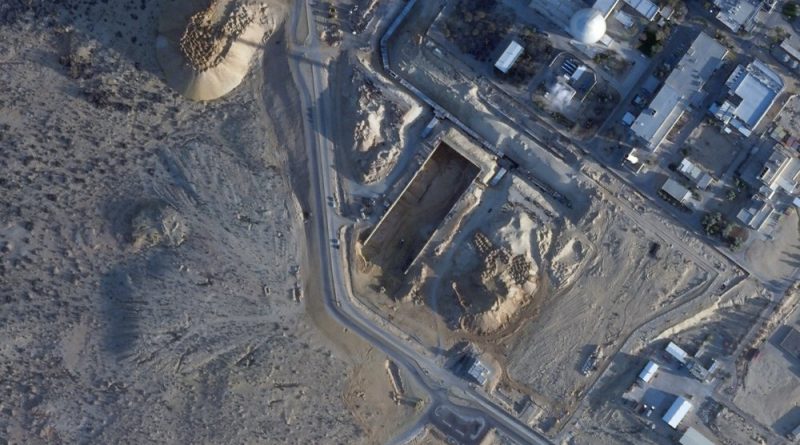 The planned release of a declassified US report suggesting the Saudi Crown Prince’s implication in the Khashoggi murder coincides with a spate of “revelations” on extensive building work at Israel’s nuclear center in Dimona.

The two events seem to have nothing in common, except that both appear to derive from a radical switch in the Biden administration’s Middle East policy and its hot pursuit of diplomacy with Iran.

The declassified version of a US intelligence report on the murder of Jamal Khashoggi, Saudi journalist and Washington Post contributor, who criticized the royal house, was due to be released on Thursday, Feb. 25. It implies that the Saudi Crown Prince Mohammed bin Salman (MbS) approved and may have ordered Khashoggi’s brutal killing at the Saudi consulate in Istanbul three years ago. Riyadh eventually admitted that he was killed in a “rogue” extradition operation gone wrong but denied any involvement by the crown prince. Five men given the death penalty for the murder by a Saudi court had their sentences commuted to 20 years in jail after being forgiven by Khashoggi’s family.

Biden has read the report. He is described as having decided to “recalibrate” President Trump’s close relations with Riyadh and cool his friendship with the crown prince. He said pointedly that he would soon speak to the 85-year-old Saudi king, deliberately snubbing the crown prince although the king is in poor health and has made his son de facto ruler of the realm.

The president, a Democrat, is awarding high regard for human rights in his foreign policy. He has also determined to force the Saudis abandon their military intervention against Iran-backed insurgents in the Yemen war.
MbS may not take the American rebuff and demands lying down. His options for counteraction could run to cozying up to Beijing and/or Moscow – or even striking large arms deals with them to replace the huge weapons transactions with the US which President Biden “paused” indefinitely.

In a final break with Washington, Riyadh may even go so far as to go forward and develop its own nuclear weapons program, drawing on help from Pakistan and imported Chinese ballistic missiles for their delivery.

The Biden White House’s first steps in the Middle East already signal the breakup of the pro-American axis fashioned for the region by Trump, which hinged on a set of military and diplomatic pacts binding Saudi Arabia, the UAE and Israel. All three had come into close military and diplomatic synch with Washington on the Iran issue.

This collaboration is already seriously dented by Biden’s sidelining of the Saudi ruler. The US president also appears to have in his sights, a second member of the trio, Israel. In recently weeks, American media have carried a spate of “revelations” and “analyses” regarding Israel’s nuclear program.

On Feb. 17, the influential Foreign Policy ran a long article captioned: “Biden Should End US Hypocrisy on Israeli Nukes.” It was followed by the publication of “new discoveries” of extensive building work on the expansion of the Negev Nuclear Research Center at the desert town of Dimona. Then on Thursday, Feb. 25, the Associated Press carried satellite images (see attached image.) of “a dig about the size of a soccer field and likely several stories deep” said to be just meters southwest of the reactor. Foreign sources have long claimed that it produces plutonium for nuclear bombs, ever since the nuclear center was set up in the 1950s at the remote desert location. Israel has consistently declined to confirm or deny having atom bombs, opting for a policy of ambiguity.

Biden appears to be heeding the calls for Israel to be forced into coming clean on its longstanding nuclear program, in order to cut the ground from under the Netanyahu government’s thunderous assault on the administrations push for diplomatic re-engagement with Iran on the 2015 nuclear program. Israel is convinced that an Iranian nuclear bomb would confront it with an existential threat and hang a sword over the entire region.

It is also feared, that the hand which is orchestrating these disclosures may be preparing the ground for international negotiations on a denuclearized Middle East, a step that would corner Israel as a hoped-for means of bringing Iran onside.