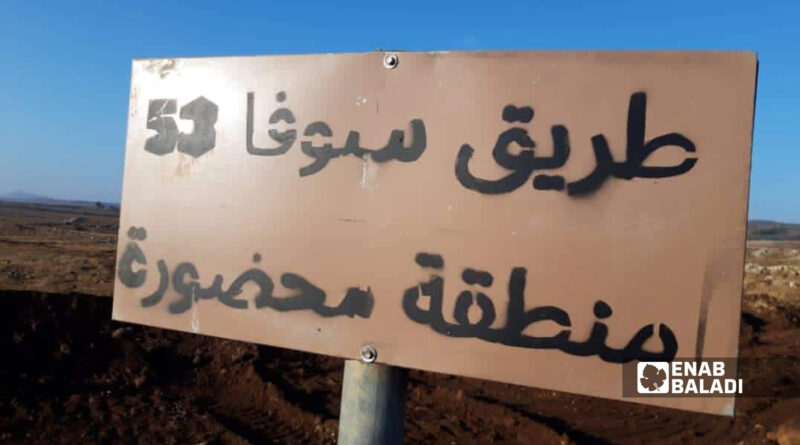 IDF bulldozers are finishing a military road cutting through southeastern Syria to guard Israeli Golan from incursion by advancing Hizballah and other pro-Iranian groups. The builders are escorted by half a dozen Merkava tanks and units of the Sufa infantry unit. Dubbed “Sufa 53,” the new road runs from the foot of Mount Hermon, turns west past the town of Ain al-Tinah to the north of Quneitra, passes through the town of Jubata al-Kashab and continues all the way to the countryside south of Quneitra on the Syrian Golan. It run to a depth of between several meters to 1km inside Syrian territory.

A large placard, see photo, warns people to keep their distance from the new road. Trespassers are wont to encounter Israeli fire.

Local anti-Assad militias and factions have pitched in to secure the project, supplied by Israel with weapons and intelligence. Some of their officers have moved their families across the border into Israel for their protection.

The new road therefore acts as a visible barrier for countering the further advance towards Israel’s Golan border by Hizballah and other pro-Iranian militias, who have established a presence in southern Syria and often use Syrian military positions – or even uniforms – to disguise their presence.