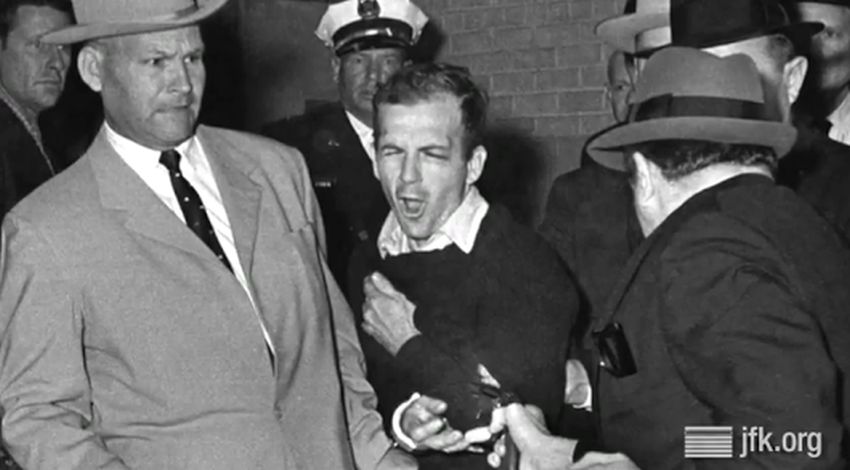 Did Lee Harvey Oswald act alone in assassinating President John F. Kennedy? Or was he sent by the KGB or the mafia? And who sent Jack Ruby to kill him?

The 2,891 hitherto unpublished papers released Friday Oct. 27 by the US National Archives Friday on the 1963 assassination of President John F. Kennedy were awaited in suspense, after decades of conspiracy theories were thrown up by that momentous event. The release also touched a responsive chord in the American national and political consciousness that is sensitive to any suggestions of a KGB hand in their affairs.

However, the thousands of files, including FBI, CIA and other agency documents formerly withheld in part from public, offered no new evidence to confirm that Lee Harvey Oswald was sent to assassinate the US president by the Russians or a crime organization, or that the Jewish bar owner Jack Ruby was hired to shoot dead the president’s assassin.

Some of the missing evidence may be found in the classified documents that are still withheld, possibly the very papers which relate to a possible Russian hand in the murder, or information gathered from foreign spy agencies.
It is now revealed that, just half an hour before the murder, an anonymous caller warned a local paper in Cambridge, England, to prepare for “some big news.” Did the British MI6 follow up this anonymous call? And if so, what did they find?

The inquiry commission headed by Supreme Court Chief Justice Early Warren determined that President Kennedy was murdered on Nov. 22, 1963 by a single shooter – Lee Harvey Oswald – acting on his own. Americans were deeply divided over this ruling, and a batch of conspiracy theories nourished a slew of films and books for many years.
Oswald, then a young US Marine, absconded to Russia in 1959, declaring he was a Communist, and married a Russian woman. He returned to American in 1962, three years later, and, eight months before he murdered the US President, he tried to kill retired US Maj. Gen. Edwin Walker, an anti-Russian and anti-Communist figure, by shooting at him from a window. The general was injured but survived.
Ballistic checks after the Kennedy murder found it “extremely likely” that the bullets which killed him were identical to those fired against the general. This discovery led the investigators to Oswald.

On Sept. 26, of 1962, a couple of months before the Kennedy shooting, Oswald was found to have traveled to Mexico City. A call is revealed to have taken place between him and the Russian embassy, during which he was flagged by the CIA as speaking to Consul Valeriy Vladimirovich Kostikova “in broken Russian,” whom the documents say was an “identified KGB officer.”

The questions surrounding his identity and whether the suspected assassin who was murdered and buried was the real Lee Harvey Oswald, or someone posing as him, gave rise to endless alternative theories. Speculation that the body in the Oswald grave was in fact a Russian secret agent prompted at length to the body’s exhumation in 1981 for a second autopsy.

The newly-released files shed no new light on this enigma, any more than on the identity and motives of the Dallas barkeeper Jack Ruby – or how he managed to enter the secured corridor in the basement of the Dallas police station on Dec. 24, pull a gun and shoot Oswald dead on the spot.
Was Ruby the instrument of an unknown entity? If some mafia crime organization sent him, which one was it? He was rumored to have ties with Chicago’s underworld. One theory flying about at the time claimed that Ruby acted for the US secret service.
The only fresh element exposed by the newly released documents is that, after Oswald was in police hands, having shot dead a police officer while resisting arrest, the FBI was warned that their prisoner was targeted for assassination.
But they don’t supply answers to the key question: Was Oswald the only gunman who aimed at the president’s car? Or where there two shooters?