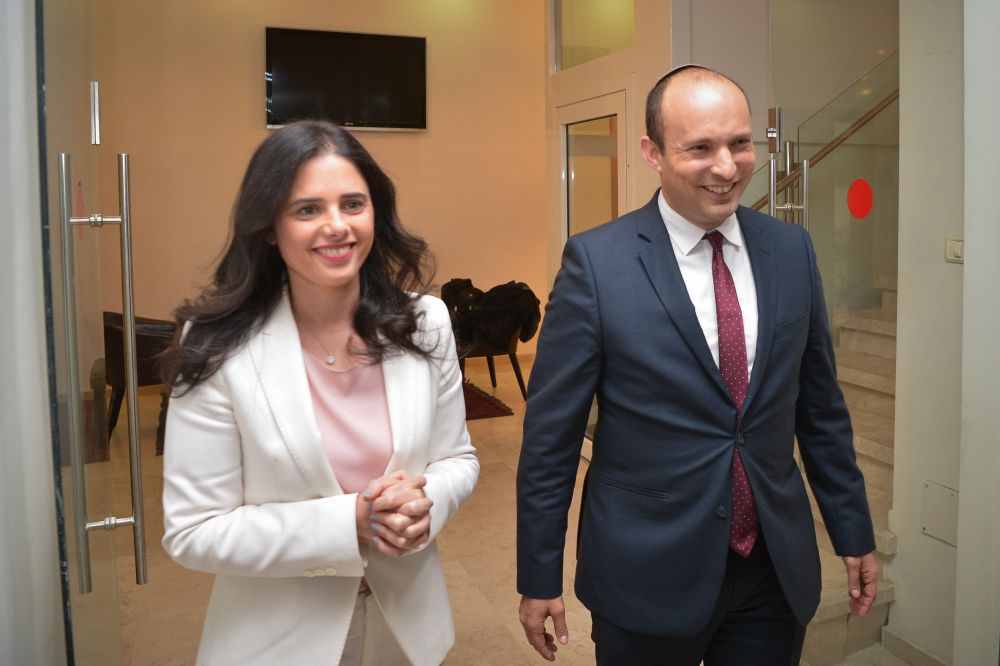 Justice Minister Ayelet Shaked, 42, and Education Minister Naftali Bennett, 46, announced Saturday, Dec. 29, the establishment of their “New Right” party to run for election on April 9. They are breaking away from their own nationalist-religious “Jewish Home” party and aspire to bring non-religious and religious groups together under one right-wing political roof as equal partners. Both ministers declared that Jewish Home, after its many achievements as partners in the government headed by Binyamin Netanyahu, had lost its influence and reached the end of the road in its present form. Bennett said:’ “We – and the right – must no longer be held captive by one man.”

The two ministers see their chance to capitalize on the signs that Prime Minister Binyamin Netanyahu may be suffering from voter fatigue.  After ten years in power, popular commitment to his leadership is cracking under a combination of untoward circumstances. The relentless media hunt over corruption probes against him, whether true or false, is having an effect. While most people still support his nonconfrontational policy of “containment” against Iran, Hizballah and Hamas, they think Hamas is being allowed to get away with too much – 10 months of unbridled mob attacks on Israeli soldiers guarding their country’s border with Gaza, are being rewarded with millions of ill-gotten Qatarii dollars. The IDF operation against Hizballah’s cross-border tunnels did not catch the popular attention as an effective counter-terror step.

The performance of Likud ministers under Netanyahu’s leaders is, moreover, sagging. Public Security Minister Gilead Erdan has failed to fill the post of police commissioner, for example, and Transport Minister Israel Katz’s new railway service is in chaos.

A glimmer of hope for the disappointed Likudniks was offered last week by the first new party of the current campaign that was founded by former chief of staff Benny Gantz. He and Moshe Ya’alon, another former chief of staff and ex-defense minister, who launches his party this week, have agreed to run for election on one list. But then Gantz was seen surrounding himself with the campaign strategists who served past left-wing leaders like Shimon Peres.

The new groupings thrown up so far are all jockeying for the right-of-center vote and Likud dropouts. Unless Netanyahu regains his touch – as he has before – they will all chip away at Likud’s following and other right-wing entities, such as former Defense Minister Avigdor Lieberman’s Yisrael Shelanu – as well as at each other.. The center-right floating vote will have a new option, at the expense of the former white hope Yair Lapid’s opposition party and Finance Minister Moshe Kahlon’s Kulanu.

While treading on each other’s toes, the new parties bring fragmentation, but also a new sense of vibrancy to a long ossified political landscape dominated unchallenged by one man. But Bibi is still the quintessential political survivor.