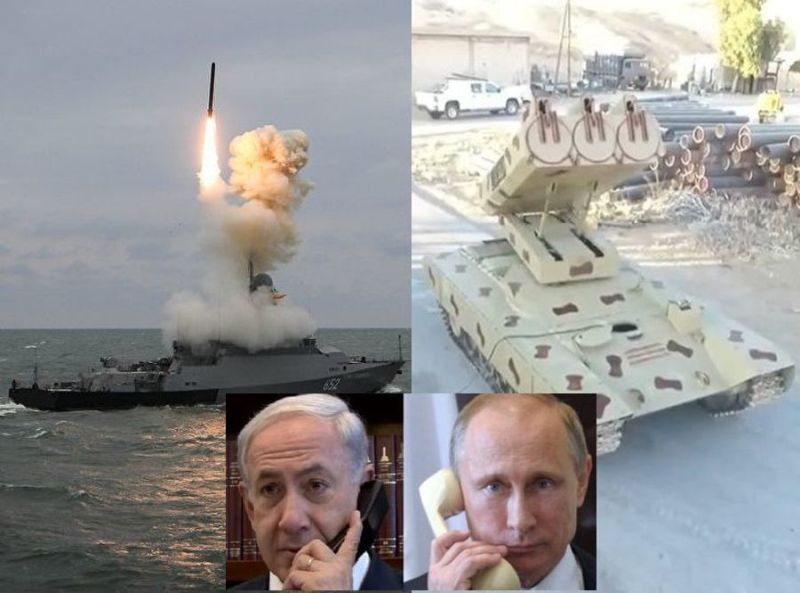 Russian President Vladimir Putin‘s latest moves in Syria in support of Bashar Assad leave room for the key role he hopes Israel will play in his schemes – alongside the Trump administration’s plans for the Jewish State.

This week, Putin took military steps to underline his determination to keep Assad in power in Damascus and a strong Russian hand the lever of coming events. In an address to the Russian high military command at a meeting on Wednesday, May 16, in the Black Sea city of Sochi, the Russian leader made this announcement: “Due to the remaining threat of incursions by international terrorists in Syria, our ships carrying Kalbr cruise missiles will be permanently deployed in the Mediterranean Sea,” he said, adding that the practice of “distance sea campaigns and drills” should continue. Some 102 sea campaigns by Russia’s ships and submarines are to take place,” he said.

Putin noted that Russia’s armed forces would continue to reinforce the maritime wing of its nuclear forces for an expanded Russian Navy role in the country’s “nuclear defense.”

A few hours earlier, defense sources in Moscow revealed the delivery to the Syrian army of a formidable new rocket system, tellingly dubbed Golan-1000. Mounted on a T-72 chassis, it carries three massive 500mm caliber rounds, each packed with 500kg of high-explosive fragmentation ammunition. The sources said this weapon was already in service with the Syrian army’s 4th Armored Division and had taken part in “counterterrorism operations around the country.” Our military sources add that the Golan-1000 provides Assad’s army with a capability for knocking down Israel’s fortified military positions on the Golan.

So where does Israel figure on Putin’s map for Syria? And why does he go to such trouble to foster good ties with Israel, even at the expense of putting backs up in Tehran – and hold regular meetings with its prime minister Binyamin Netanyahu?

DEBKA Weekly’s intelligence sources report that to keep the situation under control and preclude misunderstandings, Putin suggested to Netanyahu at their last meeting in Moscow on May 9, that they install a hot line between the Kremlin and the prime minister’s office in Jerusalem, over and above the two direct emergency lines linking Russia’s Khmeimim air base in Syria with the IDF high command in Tel Aviv and the Russian naval command in Tartous with the Israel Navy’s headquarters in Haifa. According to our sources, Netanyahu’s direct line to the White House has already been joined by a functioning emergency line to Moscow.

Underlying these messages is a less tangible motive. Putin has never given up on reaching an accommodation with Donald Trump on world issues that include Syria. He views Netanyahu as a potential conduit to the White House in Washington and hopes to eventually capitalize on their friendship to reach that address. So, while not yet ready to dump Iran as his partner, he is giving Israel substantial leeway in Syria to whack its arch enemy – within the well-defined limits he has laid down. Meanwhile, the Russian ruler has not missed Tehran’s increasing isolation and decline under the impact of Trump’s “maximum pressure.”