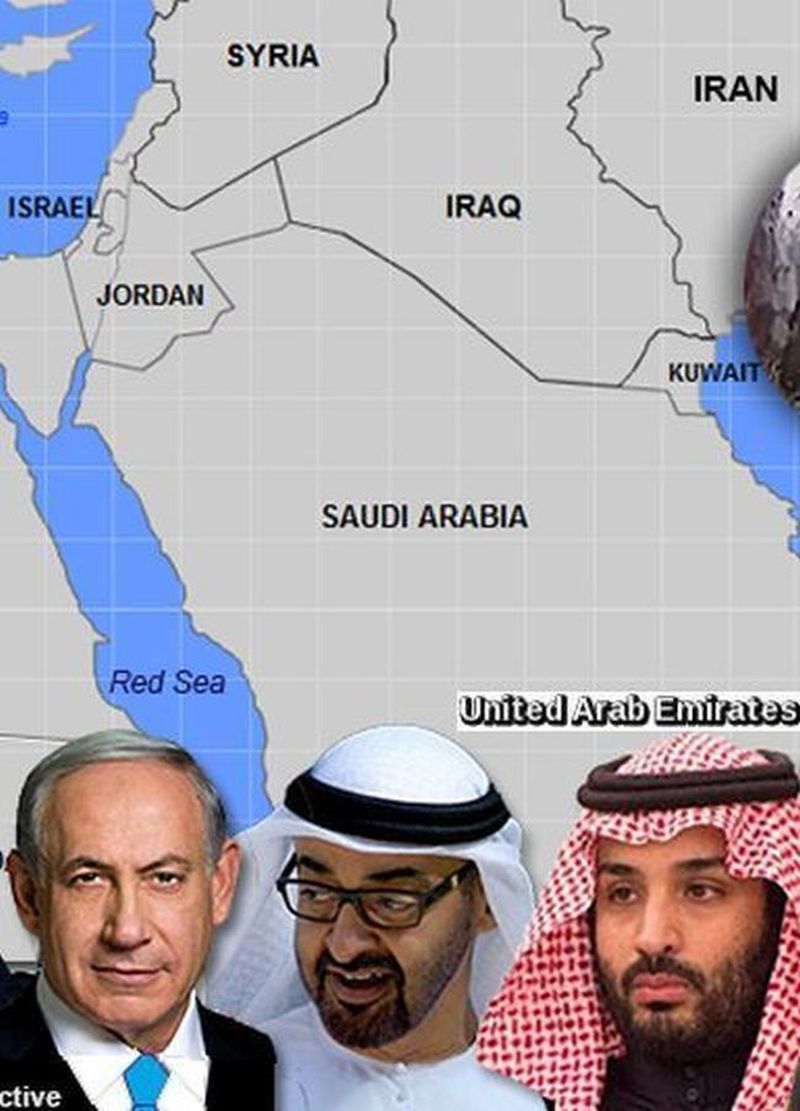 “Next year, I want to have this convention in Tehran,” said Rudy Giuliani, President Donald Trump’s lawyer in ringing tones at a rally of the exiled National Council of Resistance of Iran – N-CRI on Saturday, June 30 in Paris. The N-CRI is a coalition of Iranian opposite groups dominated by the Mujahedin-e-Khalq and its leader Maryam Rajavi. “We are now realistically being able to see an end to the regime in Iran,” Giuliani told around 4,000 cheering Iranian expatriates, many of them refugees from the regime. The upbeat rhetoric was not just an expression of Giuliani’s natural ebullience. As one of the US president’s close intimates, he was in on the new project that Saudi Arabia, the United Arab Emirates and Israel have embarked on together with US blessing for toppling the ayatollahs’ regime in Tehran..

The project’s takeoff was assured by the Saudis and Emiratis agreeing for the first time to pool their military, intelligence and financial resources for the common goal of overthrowing the Shiite regime in Tehran, with a heads-up on every step relayed to US Secretary of State Mike Pompeo and the CIA.

The two crown prices set out six goals in order of priority:

Active steps in pursuance of the six goals are already in motion in key arenas, according to our sources:

Tens of billions of Saudi and UAE petrodollars have been funneled since last month’s Iraqi election to preclude the rise of an Iranian puppet government in Baghdad. The Saudi consulate in the southern Iraqi town of Najef, which is running the project in conjunction with the CIA, is in liaison with the winning candidate the Shiite cleric Muqtada Sadr. They are aiming for a coalition composed of Sadr, incumbent prime minister Haydar al Abadi and Ammar al-Hakim, the 43-yer old head of the Islamic Supreme Council of Iraq, whose blessing is essential for any administration.

Furthermore, in the interests of stable administration, Saudi and American brokers have taken steps to win over the pro-Iranian Badr militia leader Hadi Al-Ameri. He ran on the Iranian ticket in Iraq’s general election, as a known associate of Iran’s Revolutionary Guards. However, al-Ameri is suspected to have begun changing his spots in the past two years, since his militia fought alongside US CENTCOM troops in the Mosul battle against ISIS and other successful collaborations. Washington and Riyadh are hoping to wean Ameri away from the pro-Iran Shiite camp to membership of a coalition dedicated to extinguishing Iranian domination in Baghdad and the Shiite south.

Persuading this Shiite figure to cross the lines would be a major coup for the US-Saudi project and a nasty setback for Tehran.

The removal of Iran and Hizballah from Syria is a joint venture embarked on by Saudi Arabia, the UAE, Israel and, up to a point, Jordan with the US taking part. Each ally seems to be operating independently, at times for conflicting interests. In reality, DEBKA Weekly’s military and intelligence sources report that the US and Israel work in close tandem (See a separate article) and the Saudis and Emiratis act in concert to fund various rebel organizations.

Saudi and UAE agents are also laying out funds to stoke the resistance posed by between six and eight Sunni underground movements to the iron-fisted local security and government authorities in the oil-rich Khuzestan province of southern Iran. After this week’s riots over the shortage of drinking water, they hope to stage a general strike at the oil fields and refineries, and so bring Iran’s oil industry to a halt.

In the Kurdish regions of the west and north, violent clashes have erupted between bands of Kurdish fighters – some local and other crossing in from Iraq – and government security forces. These bands are fielded by the Kurdistan Democratic Party of Iran (KDPI) and its leader Mustrafa Hijri, and the Komala Party of Iranian Kurdistan, led by Abdullah Mohtadi. Both leaders spent most of June in Washington treated to a VIP red carpet welcome. Clearly, the Trump administration and the Saudi and Emirati leaders are gambling heavily on these two figures to lead an effective national Kurdish resistance movement against the regime in Tehran – just for starters.