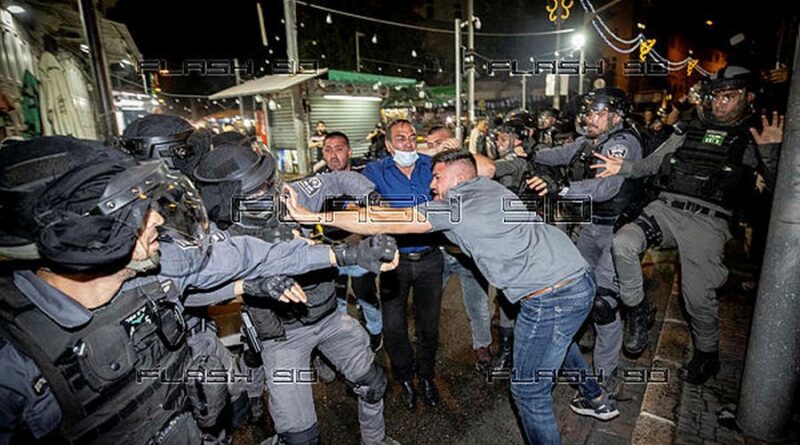 A new, disturbing feature has emerged from this year’s fierce Ramadan outbreaks over the last three days: Young Arab firebrands, citizens of Israel, actively spurred the Palestinians into rioting and assaults on the police in Jerusalem and on Temple Mount, before stirring up riots in their hometowns of Haifa, Nazareth and parts of the central Israel “Triangle.” These events overshadowed Israel’s annual Jerusalem Day rejoicing on Monday, May 10.

This new generation of agitators has begun to exhibit certain features:

By touching off rounds of violent clashes with police in Jerusalem, these young gangs managed to attract powerful international attention.

The UN Security Council is holding a special session on the crisis on Monday.  And US National Security Advisor Jake Sullivan called his Israeli counterpart, Meir Ben-Shabbat, to express “serious concern” about the situation in Jerusalem, including “violent confrontations at the Haram al-Sharif / Temple Mount during the last days of Ramadan.”

He reiterated serious US concerns about “the potential evictions of Palestinian families from their homes in the Sheikh Jarrah neighborhood. Sullivan did agree that the launching of rocket attacks and incendiary balloons from Gaza towards Israel is unacceptable and must be condemned. (Sunday night, four rockets were launched from the Gaza Strip, two intercepted by Iron Dome and two falling short inside the enclave.) Sullivan encouraged the Israeli government to pursue appropriate measures to ensure calm during Jerusalem Day commemorations.

Early Monday, Israel’s caretaker government announced that the traditional Jerusalem Day dancing Flag Parade would go forward and follow its usual route through the streets of the Old City up to the Western Wall but confined it to 3,000 participants. However, Jews would be barred from entering Temple Mount. After substantially beefing up its forces in Jerusalem, the police stated “We will continue to uphold the freedom of worship for every faith but will not tolerate disorder.