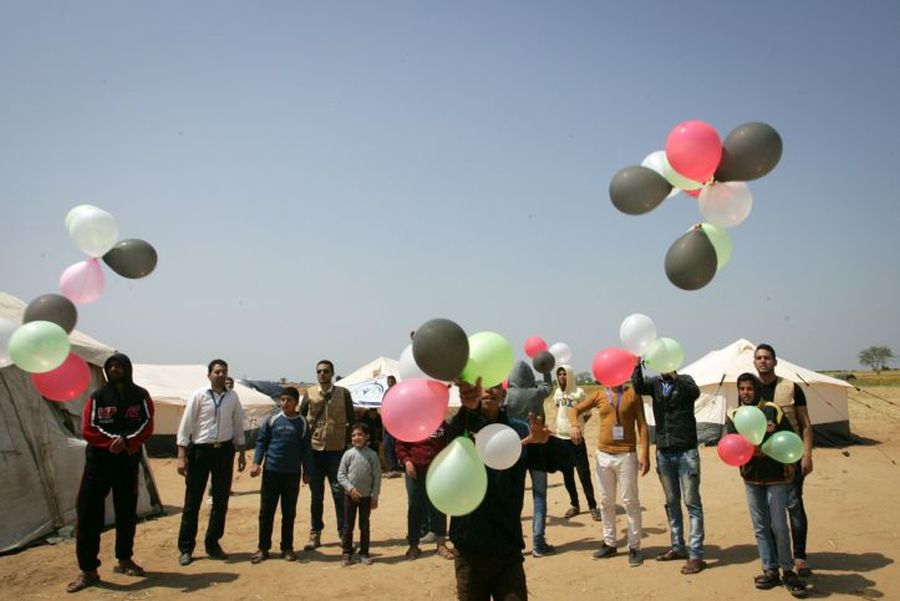 Israeli Air Force attack helicopters struck two Hamas observation posts in Gaza on Monday, March 4, responding for the first time to a balloon attack. A cluster of balloons carrying an explosive charge from the Palestinian territory exploded a short time earlier between two houses in an Eshkol Council location. There were no casualties.

On Sunday, military sources informed DEBKAfile that a new IDF policy had gone into force for hitting back at all manifestations of Palestinian terror. That night, an Israeli drone struck a Hamas look-out point directly after a Palestinian mob staged another nightly assault on Israeli troops, hurling dozens of explosive devices and hand grenades. In a break with the past, the Hamas post was attacked without delay even though there were no Israeli casualties. The IDF also announced that there would be no tolerance for the resurgence of the explosive balloon barrages from Gaza, which plagued Israeli border locations last summer. Israel would henceforth react by targeting those responsible for the Hamas balloon offensive, “and we know who they are,” said the statement.

The climate is heating up in the Palestinian arena in the wake of Israel’s revised reprisal policy and other recent developments. Monday morning, three Palestinian terrorists rammed a car at a group of Israel soldiers in Binyamin, seriously injuring a 28-year old IDF officer and wounding a border guard policeman. Two of the Palestinians were shot and killed while escaping the scene. Protest comes from Ramallah over the Israeli government’s deduction from the funds owing the Palestinian Authority of the stipends which the PA awards terrorists and their families. The thousands of convicted terrorists in Israeli jails are restive over cutbacks in their privileges; a dispute has flared over an area traditionally shuttered at the Golden Gate on Temple Mount. And, finally, the US consulate, which for decades served Palestinians in Jerusalem, was formally integrated Monday with the US embassy, an act which they condemn as downgrading their status and undermining their rights.