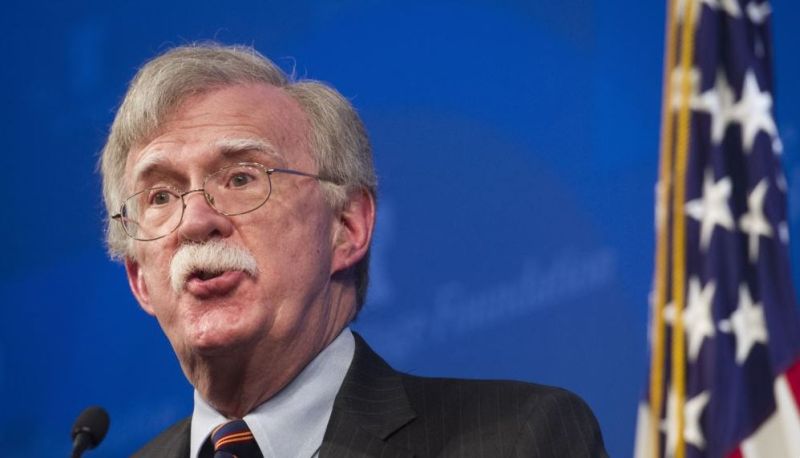 A new US Africa policy was unveiled on Wednesday, Dec. 12, by national security adviser John Bolton, with the avowed aim of combating the “predatory” practices of China and Russia. it was approved by President Donald Trump for “immediate application.”

In a speech to the Heritage Foundation think tank in Washington, Bolton revealed that the new policy would “put US interests first” on a continent where the US was losing ground to China and Russia. They were using their investment and trade to gain leverage on African governments, he said – often through corrupt means.

As examples, Bolton accused China of using Zambia’s $10bn debate to seize its national power company, and the debt run up by Djibouti, to win a military base. That base, he said, was close to the US base Camp Lemonnier, where in a recent incident laser beams from the Chinese base targeted US pilots and inflicted injury.

Russia, said Bolton, sold arms and energy in exchange for votes in the UN, which helped keep “strongmen” in power – “counter to the best interests of the African people.”

John Bolton went on to stress, “We will no longer support unproductive, unsuccessful and unaccountable UN peacekeeping missions,” starting in Western Sahara. The US also threatened to cut funds for missions in the Central African Republic and the Democratic Republic of Congo.

All in all, he said, the “predatory practices pursued by China and Russian stunt economic grown in Africa, threaten its nations’ financial independence, interfere with US military operations and pose a significant threat to America’s national security interests.

1. Although he omitted to mention the inroads made by European governments, President Trump, who had barely noticed Africa until now, was greatly irked to discover that Russia and Europe, led by Italy, were deeply involved in the conflict raging in Libya over its oil wealth. Even more annoying was the discovery that the contest was being managed under the auspices of UN peacekeeping forces in Africa, which were helping the European-Russian drive come out on top.

Our sources noted that in mid-November, Washington took notice of what was going on in Libya, when an international conference, sponsored by the UN and Italy, took place in Palermo. It was praised as a success by Italy’s Prime Minister Giuseppe Conte after Libya’s myriad parties and factions agreed to meet again in early 2019 to prepare the country for elections. (See DEBKA Weekly 825 of Nov. 16: Russia Swings back to Libya, Promotes the Late Qaddafi’s Son as Next Leader).

When Trump demanded clarifications from Rome, a high-ranking Italian official arrived in Washington to explain his government’s new Africa policy. Trump and his advisers’ mistrust of Italy’s intentions only increased after hearing those explanations. They were now convinced that Italy was out to eclipse US influence on the continent.

2. The Trump administration was further discovered that the Russian-European drive into Africa counted heavily on the UN peacekeeping missions, which are largely funded by the United States.

3. National Security Council experts at the White House took a hard look at the burgeoning ties between Russia’s President Vladimir Putin and Egyptian President Abdel-Fatteh El-Sisi and their armies. DEBKA Weekly reports that they homed in on their military collaboration in Libya, where the Russian and Egyptian air forces and special operations units are conducting joint operations against ISIS and Al Qaeda.

4. The US was equally alarmed by China’s penetration of the strategic Horn of African ports of Djibouti and Port Sudan on the Red Sea and of Israel’s Haifa port on the Mediterranean.

5. The Americans don’t trust the budding cooperation between the United Arab Emirates and Israel in Africa (first revealed last week in DEBKA Weekly 828: The UAE Grants Israel Footholds in its Network of African and Red Sea Ports). Washington doesn’t mind Israeli gaining footholds, but would like to see them gained in the course of working with Washington, not an Arab Gulf emirate.

6. The Trump administration is closely following Israel’s latest steps in Africa, especially following the visit to Israel of Chad President Idriss Déby on Nov. 25. Prime Minister Binyamin Netanyahu and his guest agreed to establish in N’Djamena a joint military intelligence command center for managing war operations in which the Chadian army takes part on multiple fronts in Africa: The Maghreb (NW Africa, which includes Algeria, Libya and Mauritania); and the central African nations of Mali, Niger, Chad, Burkina Faso, Nigeria and the Central African Republic. Israel’s main contribution will be in the field of intelligence and logistics. (as revealed first by DEBKA Weekly 826 on Nov. 30).

As far as the US administration is concerned, Israel has overstepped a boundary by getting involved militarily in western and central African countries, especially those abutting on Libya.

Washington made its displeasure known to Jerusalem by an unprecedented step. On Dec. 14, the US Department of the Treasury Office of Foreign Assets Control imposed sanctions on three individuals: An Israeli former general Israel Ziv and Obac William Olawo, as “leaders of entities whose actions have the purpose or effect of expanding or extending the conflict in South Sudan,” and Gregory Vasili, for actions that have “undermined peace, stability and security in South Sudan.

The Israel ex-general was accused of supplying both the government of South Sudan and the opposition with weapons and ammunitions. He was said to have used an agricultural company “as a cover for the sale of app. $150m worth of weapons to the government, including rifles, grenade launchers and shoulder-fired rockets.” The Israeli ex-general was further accused of “being paid through the oil industry” and having “close collaboration with a major multi-national oil firm.” And finally, “while maintaining the loyalty of senior South Sudan government officials, through bribery and promises of security support, he also reportedly planned to organize attacks by mercenaries on South Sudanese oil fields and infrastructure.” His purpose? “to create a problem that only his company and affiliates could solve.”

The charges Washington leveled against Gen. Ziv are grave indeed. It is the first time the US has imposed sanctions on a high-ranking Israeli officer, a former head of the Operations Directorate at the IDF’s General Staff.

The general fiercely denies the charges. In Juba, Ziv acts as adviser to President Salva Kiir on matters of security, diplomacy and oil. President Kiir is, however, no favorite of Washington, and more than one US policy-maker would be glad to see another politician sitting in the presidential palace.

On Monday, Dec. 16, Gen. Ziv, convinced he was an incidental casualty in a larger scenario, commented bitterly in interviews to American reporters” “This is not the first time the US administration has used sanctions to enforce its foreign policy.” He went on to say, “I am approachable … I want to believe in the decency of the administration. And they are welcome to come, to check, to investigate. We will open up everything for them.”