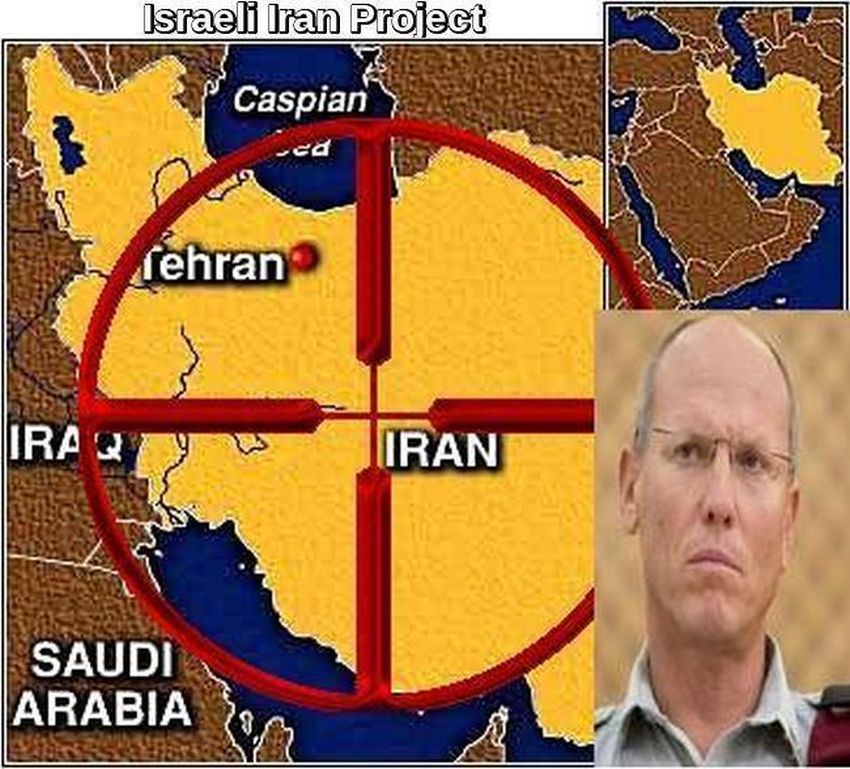 Project Iran” was set up during Israel’s Chief of Staff Lt. Gen. Gady Eisenkott’s talks with top US brass in Washington on June 29 for coordinated US-Israeli military operations against Iran.
IDF Operations Chief Maj. Gen. Nitzan Alon was named to head it. He was with the chief of staff when he sat down with Gen. Joseph Dunford, Chairman of the US Chiefs of Staff, and Gen. Joseph Votel, head of CENTCOM in Washington. At 53, Alon accepted the post although he was ready to retire from the service after an impressive career spanning 34 years. It included valuable experience as commander of special operations forces and oversight of the integration of special undercover units in the intelligence corps for action behind enemy lines. He led several combat divisions before being promoted to OC Central Command. In 2015, he took over the General Staff’s Operations Branch. Eisenkott persuaded him to stay on as the first holder of a job just created of Director of the “Iran Project” – the IDF codename for a newly-established US-Israeli task force for executing potential decisions to attack Iran’s nuclear facilities, ballistic missiles and/or military bases in the Middle East.

DEBKAfile’s military and intelligence sources report that Eisenkott lost no time in filling this job when he saw US-Russian relations sinking into impasse over the Iranian issue, and Iranian, Hizballah and Shiite forces spearheading the Syrian operation as it blasted its way through southern Syria toward the Israeli and Jordanian borders. The outbreak of full-fledged war with Iran was looming larger day by day.
On the wider front, Gen. Qassem Soleimani, commander of Iran’s Middle East warfronts, informed President Hassan Rouhani on July 4 that he stood ready to implement Rouhani’s threat to disrupt Gulf oil exports once the US ban on Iranian oil sales goes into effect on Nov. 4. Since President Donald Trump is unlikely to back down, the specter of Iranian hostile acts was growing larger, including the blockage of the Strait of Hormuz to Arab oil exports – or even attacks on their oil fields and terminals.
To meet the multiple Iranian threats, four US-Israeli command groups were secretly established and are revealed here:

The Ballistic Command Group: This deals with Iran’s ballistic missile stocks and launch sites, both surface and underground silos, as well as missile production plants and institutes for missile research and development.

The Anti-Subversion Command Group: Combined under this heading are overt and covert operations against Iranian military and intelligence centers across the Middle East, especially in Syria, Lebanon and Yemen, as well as responsibility for cyber warfare.

The Economic Command Group covers US sanctions against Iran. Israel’s contribution to this joint command is intelligence on Iran’s sanctions-busting stratagems  at home and internationally.

Maj. Gen. Nitzan Alon will direct the four command groups. He was chosen for his record and his proven talents as an original, strategic thinker, capable of seeking solutions outside the box and applying unconventional methods to tasks and challenges.

The chief of staff, contrary to his dovish image and reputation as a deal-maker, has almost unnoticed put together a hawkish high command comprising a group of officers who are ready to operate in places beyond Israel’s horizons. Among them are the incoming Air Force chief Maj. Gen. Amikam Nurkin, head of the Depth Command Maj. Gen. Muni Katz, OC Central Command Maj. Gen. Nadav Padan and new Military Intelligence (AMAN) Director Maj. Gen. Tamir Hayman. Nitzan Alon has just joined this elite roster.