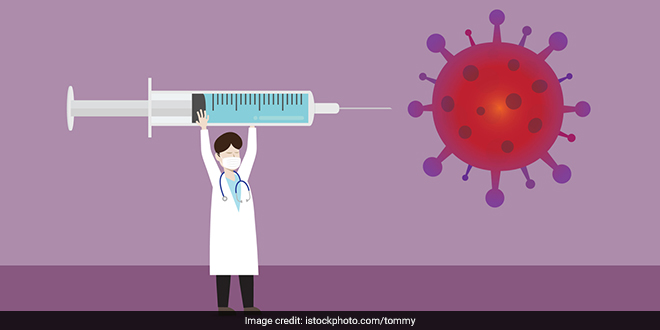 “There is more concern about the covid variants from South Africa and Brazil,” said the UK government’s scientific adviser Sir Patrick Vallance on Friday, Jan. 22, after PM Boris Johnson warned that the British strain which spreads more quickly may also generate a high rate of mortality. The data about the UK variant is not strong, the scientist countered, but the other two have “certain features that make them less susceptible to vaccines.”  Johnson told Britons to expect the current lockdown to stay in place up until the summer, after a record numbers of deaths, up to 1,820 on Wednesday.

The swiftly transmissible UK variant of the virus is battering dozens of countries, including most of Europe, and many have closed their borders in response. Israel too has partly shuttered its airport to arrivals who have not tested negative. After some 400,000 EU citizens died from covid-19 related causes, the continent is struggling hard with vaccine supply and distribution, after its two main suppliers announced their slowdown

AstraZeneca reported a production problem after Pfizer-BioNTech vaccine cut down deliveries. An EU official feared the shortfall could reduce deliveries to the 27 member-states from 80 million doses to 31 million in the first quarter of the year.

A European Union video summit on Thursday expressed deep frustration at the slowdown and, fearing another surge of the pandemic was imminent, looked at more restrictions. They were to be tightened on borders and non-essential travel, improve the tracking of mutations and intensify the coordination of lockdowns among its members. However, the restrictions already in place have stirred up popular pushback with violent protests in some countries.

Hungary was the first EU member to make its own way to a supply source, by granting the Russian coronavirus vaccine, Sputnik V preliminary approval, after early trials showed promise. Hungarian health officials are also in Beijing to discuss the immediate delivery of one million doses of Sinopharm vaccine which is already being used in neighboring Serbia. With an effective rate of 79pc, the Chinese vaccine is not as good as the Pfizer and Moderna products, which are rated 95.5pc effective, but it has the advantage of being readily available.

In another experimental move, UK and Russian scientists are teaming up to try out a combination of the Oxford-AstraZeneca and Sputnik V vaccines to see if protection against Covid-19 can be improved.

US President Joe Biden, in his first policy statement on the covid crisis, warned on Thursday, “There’s nothing we can do to change the trajectory of the pandemic in the next several months.” With the country’s death toll “expected to reach well over 600,000,” Biden launched his “American Rescue Plan.”

On Friday, the US saw its biggest one-day increase in vaccinations, although most states are struggling with the shortage of vaccine supply. About 5pc of the US population — roughly 16.2 million people — has received at least one dose of the vaccine, and 2.75 million people are fully vaccinated.

Striking an optimistic note, Dr. Anthony Fauci, chief medical adviser to President Joe Biden, reported that, while currently only Pfizer and Moderna are approved, new coronavirus vaccines are in the pipeline to help ease the shortages. Johnson & Johnson’s vaccine candidate is “right around the corner,” he said, from seeking emergency use authorization from the Food and Drug Administration