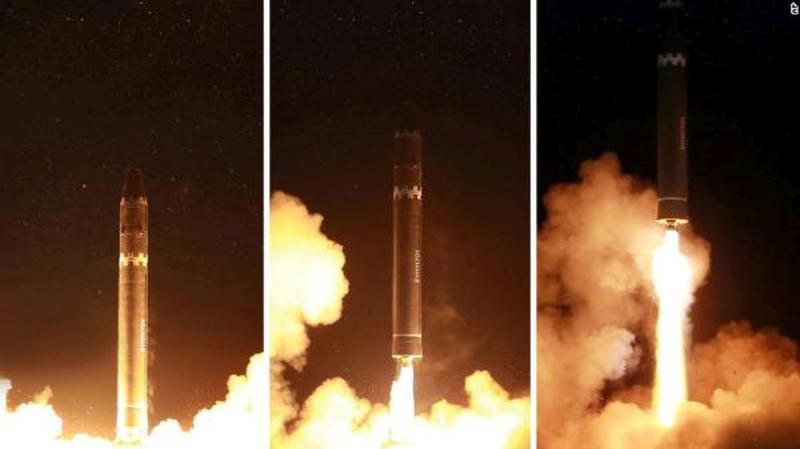 The Hwasong-15, North Korea’s newest intercontinental ballistic missile, “flew 10 times higher than the International Space Station and twice as high as any satellite in low-earth orbit” – according to the South Korean military. “It threatens everywhere in the world,” said US Defense Secretary James Mattis. And US President Donald Trump’s first response to Kim Jong-un’s latest “provocation” was: “I will only tell you that we will take care of it.”

That was all world leaders had to say when confronted on Wednesday, Nov. 29, with the results of four devastating intelligence fiascos:

Adding insult to injury, the North Korean Foreign Ministry spokesman issued a deliberately misleading comment Tuesday night – when the Hwasong-15 was already sitting on the truck launcher: Speculation that North Korea is preparing another “provocation before Christmas, were “nothing but slanders and lies,” said the spokesman. He was taunting the US and South Korea after Pyongyang had fooled their intelligence watchers.

Thursday, while world governments were scrambling to evaluate the fallout of the new missile test, the North Korean government released new photos and claimed its Hwasong-15 was a new kind of intercontinental ballistic missile, capable of “carrying a super-heavy nuclear warhead and hitting the whole mainland of the US.” Furthermore, said the spokesman in Pyongyang: “The system has much greater advantages in its tactical and technological specifications and technical characteristics than the Hwasong-14.”

The test Wednesday was likely conducted with a dummy warhead equivalent in weight to a nuclear bomb. It is also said to have accurately hit its target site in the East Sea after making a 53-minute flight. “Dear Leader” was quoted as saying the launch “finally realized the great historic cause of completing the state nuclear force.”

That final was the sort of outrageous claim which Kim uses to provoke his enemies in Washington.

c) If a) and b) are successful, Pyongyang would not turn first to bombing New York, but rather to realize his main objective, which is, in the first instance, to keep US aircraft carriers and strike forces at arm’s length from the Korean peninsula. His strategic objective is not to destroy American cities, but to disarm US air and naval strength in the Pacific Ocean and the Seas of Japan and China. He could then, as an unchallenged Asian nuclear power, claim equal footing with Xi Jinping and Vladimir Putin. This raises the question of whether those two leaders had prior knowledge of the Hwasong-15 test and preferred to keep it close to their vests. Or were they caught napping like Donald Trump?