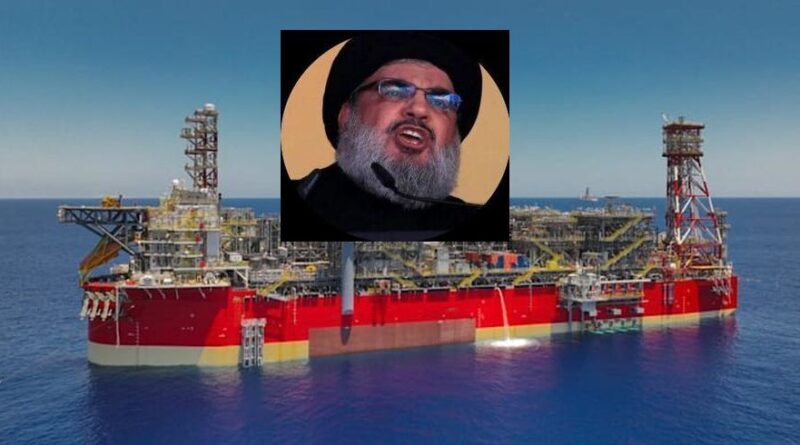 The challenge facing Israel from Lebanon is a lot more serious than stopping Palestinian Islamic Jihad rockets from Gaza. Prime Minister Yair Lapid and Defense Minister Benny Gantz are bracing for pumping to start on Sept. 1 at the new Karish offshore gas field, after Hizballah chief Hassan Nasrallah threatened “to cut off the arm” that “steals Lebanon’s wealth.” The threat came as the two leaders were still basking in the kudos for the slick, painless, preemptive Operation Sunrise that ended the Gaza conflict with a ceasefire on Sunday night.

On the Lebanese front, however, whenever the US mediator has come close to resolving the Israel-Lebanon maritime boundary dispute by a deal between the two governments, Hizballah has stepped in with threats of sabotage. It is now up to caretaker prime minister Yair Lapid to decide whether to go ahead and pump gas from the new Karish gas field on schedule without a deal.
On Monday, Nasrallah made his intentions clear – not just towards Israel but also the shaky Lebanese government, which is desperate to begin harvesting its own offshore energy resources to bolster the failed national economy.

“We have heard several threats against Lebanon in recent days,” Nasrallah said. “Don’t underestimate the Lebanese people because any attack on someone in Lebanon will not go unpunished and we won’t let it slide.”

Nasrallah’s Hizballah and its armaments are a force to be reckoned with – far more than the Palestinian Jihad and its leader, Ziyad Nahlah, who escaped the IDF’s targeted assassinations of fellow terrorist leaders in the Gaza operation thanks to his to his absence for talks in Tehran. The thousand rockets that the Palestinians launched in three days proved harmless due to the Iron Dome defense system and careless aiming. Hizballah’s armory is far superior, larger and precise.

Nasrallah, choosing his words, is not threatening all-out war but operations to disable the Karish rig. But he has the capability to launch those missiles against all of Israel’s offshore platforms, using armed drones or naval commandos carried by Iran-made mini submarines.

Israel has reportedly warned that any Hizballah action against Karish would be met with a forceful military response. Last month, Israel shot down three Hizballah drones heading for the disputed gas field.

In this situation, Lapid and Defense Minister Benny Gantz face their next tough decision on the understanding that activating Karish next month could precipitate a major conflict on the northern Lebanese front.

Under dispute is an 860-sq. km. area of offshore Mediterranean water between Israel and Lebanon. The American mediator Amos Hochstein last week visited Beirut and Jerusalem to voice optimism over a deal for marking the boundary between the two countries’ exclusive economic zones (EEZs). But an accord continues to prove elusive so long as Hizballah stands in the way of the shaky Lebanese government. Nasrallah is clearly counting on backing from Tehran. Last week too, Hossein Salami, head of the powerful Islamic Revolutionary Guard Corps, warned Israel could face massive rocket fire from Lebanon in any conflict with Hizballah.