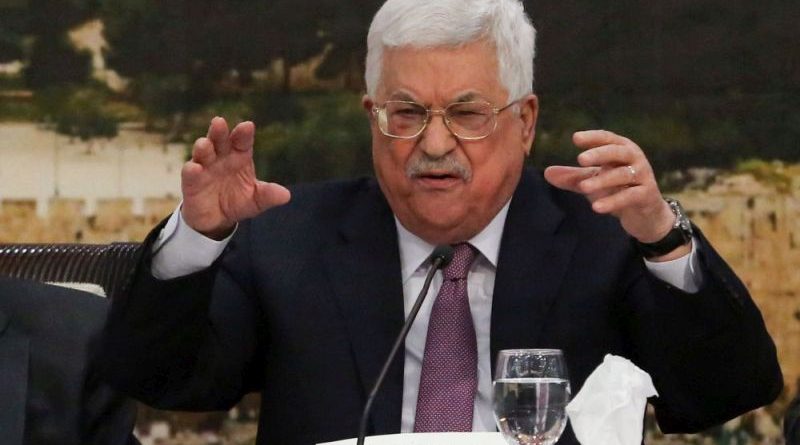 The Trump Roadmap for Israel-Palestinian Peace allows the Palestinians four years to jump in, while dangling a $50bn fund for independent Palestinian prosperity at the end of the road. This space was needed – not just for the US President to win a second term, but to give the successor to octogenarian Mahmoud Abbas (Abu Mazen) time to settle in and grasp the helm of the Palestinian Authority in Ramallah. In contrast to other Arab leaders, this one would have the benefit of a gigantic bonanza for cementing his rule and avoiding the usual destabilizing effects of economic privation.

According to DEBKA Weekly’s sources, it is believed in Washington and Jerusalem that Abbas can’t hold out much longer and will soon be replaced by a younger leader who is hopefully committed to playing ball with the Trump administration on the president’s peace plan. The leading candidates are standing on tip-toe ready for the moment. It is assumed that, at some point, they will embark on a violent knock-down fight for the top slot and the funds the Trump peace plan has allocated for a rising Palestinian state. Eventually, if they can’t settle the issue by violence, they may well opt to establish a collective leadership for the time being and share out the international aid pot among themselves.

DEBKA Weekly has obtained the list of the nine top contenders for Abu Mazen’s seat:

Jibril Rajoub, 66, has solid backing among the Palestinians of Hebron and in the ranks of the Palestinian Authority’s security organizations, which under his command in the 2000s fought Israel in the Second Intifada (Palestinian uprising). He can also count on valuable backing from his brother, Nayif Rajoub, who is a leading light in the Hamas ruling hierarchy in the Gaza Strip.

Mohammed Al Aloul, 60, is a former commander of the “Palestinian Western Front” a euphemism for the ruling Fatah’s terrorist mechanism, which ran such groups as “Black September” and others. This record has brought him respect in the Palestinian community at large. His main support comes from the armed cells of the Fatah’s Tanzim wing.

Tawfiq Tirawi, At 72, he is the oldest contender. Head of the Palestinian intelligence service, he has of late been busy organizing armed groups of 20-year old men from the refugee camps as his support team. He was Yasser Arafat’s right hand in organizing the second intifada on the West Bank.

Mohammed Steier, 63, is the last in a series of Palestinian prime ministers appointed by Abbas from time to time. His backing is fairly limited to a small group in the Jerusalem district. But his job puts him in charge of the PA’s administration, which he uses adroitly for handing out jobs and wage perks in return for support.

Marwan Barghouti, 61, is serving five life sentences in an Israel jail for five murders committed in the course of terrorist operations. He commands admiring fans in Binyamin, the central sector of the West Bank.

Hussein Al-Sheikh, the Palestinian minister in charge of relations with Israel. Palestinians require an Israeli permit for almost every business transaction, most of them through interaction with Israel. This dependence gives Al-Sheikh a lever for extracting tremendous support in wide Palestinian circles.

Gen. Majd Faraj, 58, Director of Palestinian General Intelligence and national security adviser to the PA Chairman. Faraj has used his position to build power bases inside this organization although he has also made numerous enemies. Abbas tried recently to clip the general’s powerful wings but failed.

Mohammed Dahlan, 57. He is the only contender who knows for sure that he has no real chance of stepping into Abu Mazen’s shoes. Their feud goes back years and forced him to live in exile. A tycoon based in the Gulf, Dahlan is going around the various candidates, winning friends and handing out fistfuls of cash, provided by the UAE ruler for buying influence in Ramallah. Dahlan is enlisting cells of the Fatah Tanzim movement to this cause. He made his mark in his younger years as the strongman of Gaza and faithful axe man for Arafat.

The X Force. Agents of more than one external intelligence service appear to be scrambling for position in the high circles of influence in Ramallah. Rumors abound of a shadowy new political and military force, known only as the “Silent Power,” suspected to be moving clandestinely in and out of the power struggle in Ramallah. Some say this force will drop its cover when Abu Mazen is gone and come forward as the only organized group capable of taking power.

It is taken for granted that all the candidates are pragmatists and can be counted on to play along with the Trump plan because it is worth their while. As to the X contender, who knows? He may even have been planted for the takeover by Washington, although his identity is still a mystery.