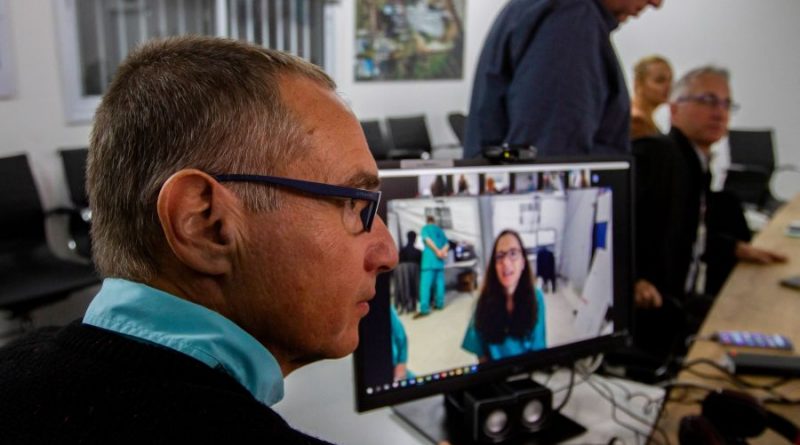 An unknown number of Israelis and other hosts who were in contact with a group of 39 South Koreans who spent the Feb. 8-15 week in Israel, are directed to go into quarantine for two weeks after nine of the visitors contracted coronavirus.

On Friday, Feb. 21, 11 Israelis from the virus-stricken cruise ship docked off Japan returned home to be greeted with another two weeks of isolation at the Sheba Medical Center. One of them later tested positive as a carrier. Israel’s health authorities hoped that the stringent measures imposed for containing the spread of the virus had been effective so far. However, while those former passengers were strictly isolated, hundreds of Israelis were unknowingly exposed to the disease from an unexpected source on their home ground, as well as the group’s Christian hosts.

As soon as the BBC revealed that nine members of the South Korean group of tourists had tested positive for coronavirus, the Health Ministry broadcast an appeal to everyone who had been in contact with the South Koreans to go into quarantine for two weeks and notify the ministry. The group’s itinerary was published in detail:

Feb. 15: Jerusalem:  Gold Restaurant in Ain Kerem, Church of John the Baptist, Bethesda and Church of the Sepulcher.

South Korea has the third highest number of coronavirus infections in the world, behind China and Japan. Another 87 new cases were confirmed by Seoul on Saturday almost doubling the former number to 143.  A suspected hotbed of infection was found to be the Shincheonji sect, an offshoot of Christianity known as the “Church of Jesus, the Temple of the Tabernacle of the Testimony,” for whose members Israel is a popular destination for visits to the original sites of the Bible.