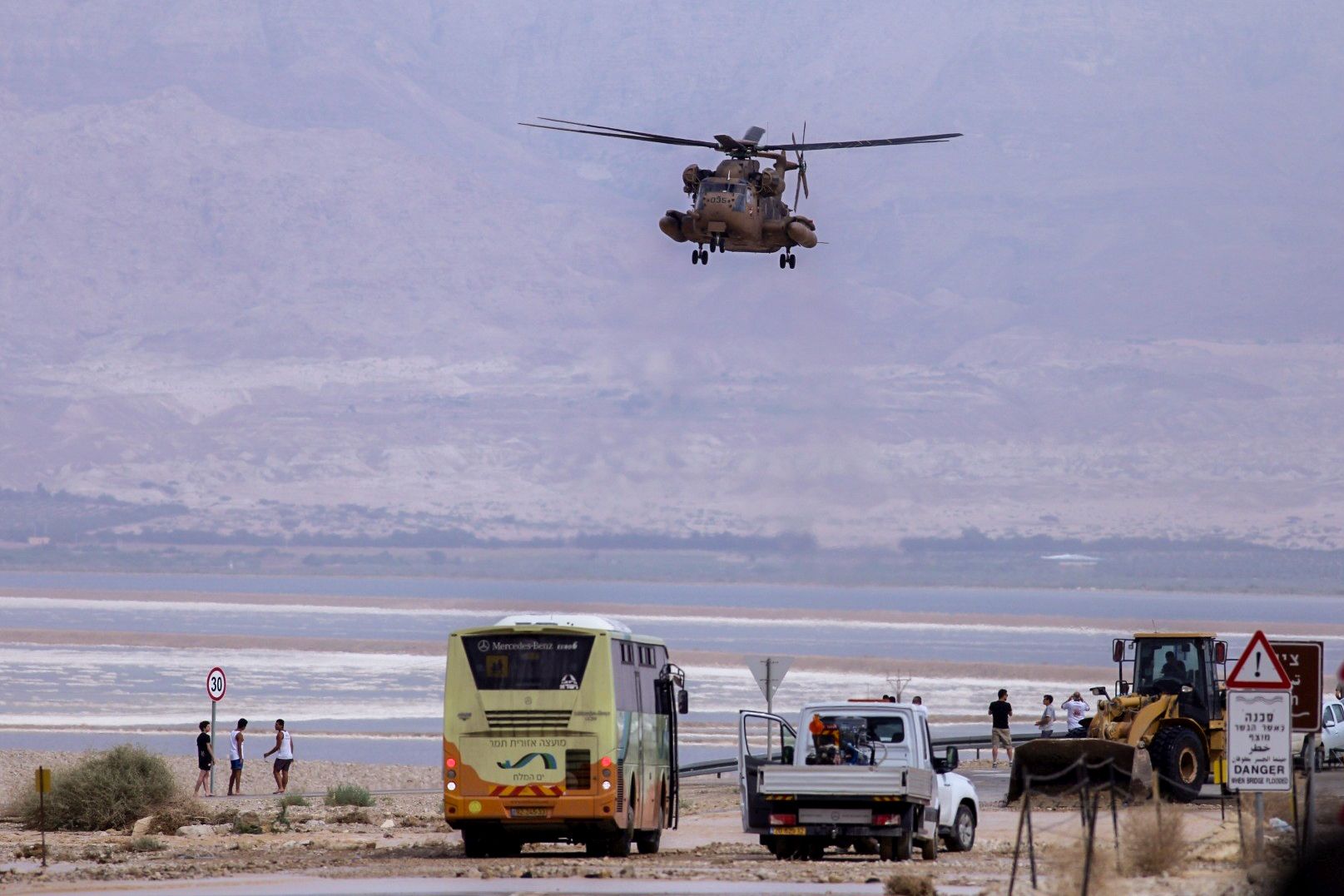 A group of 25 students were swept away by a powerful flash flood in the Tsafit wadi south of the Dead Sea. Ten of those rescued died, 9 girls and a boy – in one of the worst accidental disasters Israel has known.  The youngsters studying at the Pre-Army Academy ahead of their military service set out on Thursday, April 26, were on a trip to the scenic Judean Desert south of the Dead Sea. They had alighted from the bus to hike through the deep Nahal Tsafit wadi, when they were caught by a powerful flash flood caused by the unseasonal drenching rain, hail and thunderstorms pouring on Israel in the last 48 hours.

The trapped youngsters who tried to climb out had to fight the powerful surge of water, the slippery walls and falling boulders. The massive rescue operation was a race against time amid the continuing downpour to beat the rapidly falling dark.

Converging swiftly on the scene of the disaster after the alert were all the search and rescue units from Dimona, Beersheba, Yerucham and Beit Shemesh, their fire departments; the IDF’s elite 669 search and rescue choppers, three Yasurs and one Apache; Magen David Adom paramedics, ambulances, chopper and intensive care field unit, and volunteer scouts and divers. The police superintended the rescue and search operation.
The rash of disasters from the violent spring storms, after a dry winter, began Wednesday, when two youths and a Bedouin sheep herder were drowned in flash floods. Inundated roads disrupted road and air traffic across the country.  The turbulent weather conditions continue threatening fresh flooding in low-lying areas. Weather forecasters had repeatedly warned against travel in the desert regions of southern Israel, where sudden, swiftly rushing flash floods are a common danger, especially around the Dead Sea,