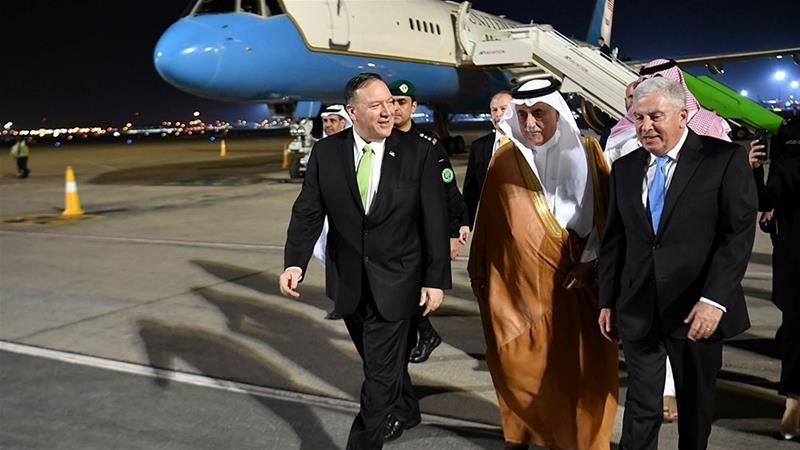 A straight, murky line runs from a little-noticed Syrian jihadist rebel attack with “swarms of small drones” on the Russian air base at Khmeimim in 2018 and Iran’s combined drone-cruise missile strikes on Saudi Arabia’s Abqaiq oil processing plant and Khurais oilfield on Sept. 14. Iran’s Revolutionary Guards had drawn practical lessons from the Syrian jihadists’ tactic and added a few smart tricks of their own.

The drones launched in waves by Syrian rebel Al-Qaida offshoot, Hay’at Tahrir al Shams (HTS), had no navigating systems, and so they missed striking any important Russian military target. Yet Russia’s most sophisticated S-300 and S-400 air defense systems, imported to defend the base, were no match for the swarming drones.

What happened on Sept. 14, shocked the big, high-tech armies of the world powers into the realization that Tehran had initiated a whole new war tactic with the help of hyped-up drones. The Yemen armed drones for striking inside Saudi Arabia were now armed with precision kits for direct hits. They were no longer launched in showers, but in deadly twos and threes.

By the time of the strike on Aramco oil facilities in eastern Saudi Arabia, the Revolutionary Guards had further sharpened the primitive Syrian rebel weapon into a tool of combat, powerful and accurate enough to give US, Saudi and Israeli strategists pause. They had no immediate answers for this low-tech weapon in the hands of terrorists and a major aggressor.

The US, Saudi Arabia and Israel have developed armies with sophisticated air might and high-tech defenses for fighting off any large-scale, conventional attack by any regional army. But the smallness of the explosive drones allows them to intrude on their target undetected by the most advanced defense systems. The damage they can wreak is disproportionate to their modest payload, making the world powers’ most valuable assets – from economic infrastructure to aircraft carriers – the most vulnerable. A swarm of inexpensive UAVs, armed with precision devices and coordinating with one another by artificial intelligence, can inflict greater destruction than a conventional bombing blitz.

For Iran, whose economy is crippled by US sanctions, this asymmetric weapon is perfect for its malign purpose of sowing mayhem in revenge for the Trump administration’s sanctions.

For now, Iran’s attack on the Saudi oil facilities has left the US without a military rebuttal. Iran has made good on its vow: If our own oil trade is restricted, we will prove that the flow of oil from the Gulf allies of the United States can be threatened or stopped too.

1. The use of proxies multiplies Tehran’s geographical sources of aggression to include Hizballah in Lebanon, the Assad regime in Syria, the Houthis in Yemen and the Shiite PMU in Iraq. The Revolutionary Guards showed Washington and Riyadh their capacity for coordinated attacks from several Middle East lands under a single command center in Iran – without being stopped. Hitherto, only the US, Russia and had this capability.

2. The offensive was undeniably well planned and executed, coordination was near perfect and the targets were selected and struck with professional accuracy. Around 17-20 missiles and drones were used in the attack – 12 achieving direct hits and the rest missing their targets.

While the hit disabled the world’s largest crude procession plant at Abqaiq, the damage to the Khurais oil field was just as harmful, since it disrupted the feed through the east-west pipeline to the Saudi western port of Yanbu and the Red Sea. The message from Tehran was that the oil kingdom has no safe alternative to the Strait of Hormuz for exporting its oil.

3. The selection of targets showed the Iranians were well acquainted with the structure of the Saudi oil industry and its transport system.

4. More than half of the crude output from Saudi Arabia – 5.7 million barrels per day – was cut and global supply reduced by 5pc. The dismay prompted in Riyadh was such that some called the Iranian attack the 9/11 of the Saudi energy industry.

5. The logistics of the Iranian attack is becoming clear. US intelligence probing the episode informed DEBKA Weekly sources they had discovered that the drones were first brought from Iran to Iraq, assembled at its southern port of Basra and flown over the Hafar al-Batin border crossing into Saudi Arabia and the Aramco targets in the east.

The missiles were assembled al Sakr, near Habbiniyeh, in northern Iraq, then moved southwest to fly over the Iraqi border town of Nakhaib and the Saudi town of Arar to the oilfields. Some local Saudi citizens posted videos on social media on Sept. 14 showing glowing objects flying in formation from the direction of the Iraqi border. One shot was taken near the Hafar al-Batin border crossing. Another witness picked up a flying object over the Kuwait imperial palace coming in from the direction of southern Iran. Cutting through this emirate’s airspace would significantly shorten the route from southern Iran to eastern Saudi Arabia.