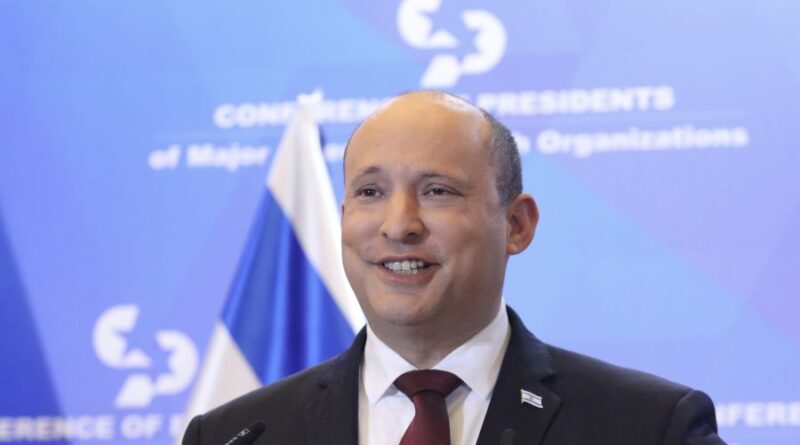 PM Naftali Bennett broke weeks of Israeli silence on the Iranian nuclear issue on Sunday, Feb. 20 when he told a visiting delegation of American Jewish leaders “Israel will not accept Iran as a nuclear threshold state.” The emergent deal – between the six world powers and Iran in Vinna – “is highly likely to create a violent, volatile Middle East,” he said. Israel was “deeply troubled that “what we see in the talks will make it much, much harder for us to defend ourselves.”

Bennett pointed out out that Iran is intent on closing the open files of the International Atomic Energy Agency – which represent the results of “hot investigations” pertaining to possible military dimensions. “Or in simple English: Iran has hidden and is still hiding nuclear-weapon related materials. It has been caught red-handed, and Iran is demanding that the inspectors that caught them will pretend to forget what they saw. Meanwhile, Iran has reached a very advanced phase of its uranium enrichment process.”

The “biggest problem with this agreement is the sunset clause,” he went on to say – according to which, “in two-and-a-half years, [Iran] will be allowed a nuclear breakout. It puts Iran on the fast track to nuclear development.” Iran will be able to set up centrifuges” on areas “the size of a football field … and it will be legal.” Iran “won’t even have to destroy all those centrifuges they developed over the years.

“The agreement will moreover pour money, billions of dollars, into the Iranian terror machine – more UAVs, more attacks on ships, more rockets on Israel and our allies through its proxies. And to cap the chutzpah – Iran is demanding to delist the IRGC.
Do you understand? They are now asking to let the biggest terror organization on earth off the hook.”

Regarding disagreements with Washington, Bennett disclosed: “When we discuss this with our American friends, we all agree on the diagnosis. This is the hand we were dealt. There is no point in playing the blame game. We need to address the challenge.

“Let me be clear. One way or another, I have no doubt that Israel will prevail over whatever circumstances we face. Israel will always retain its freedom of action to defend itself,” said Bennett, adding that this country is “building unprecedented military capabilities.” “We have to be by far the strongest country in the region.”.

The prime minister’s speech was impressive, say DEBKAfile’s analysts – except that it is not clear what he expected of his audience, the Conference of Presidents of Major American Jewish Organizations. Was he asking those leaders to go home and use their influence in Congress – nationally and in their respective states – to scupper the dangerous Iran deal? If that was his purpose, he should have laid out a clear plan of political action to bolster any military steps that Israel was proposing to embark on. No sort of action, political or military, was, however, indicated in the Bennett presentation or appeared to be in the making by his government.