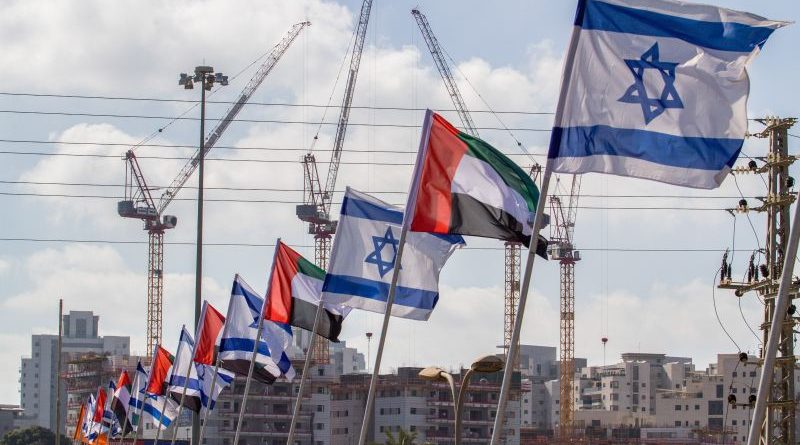 The word in political circles on Sunday, Aug. 15 was that the two ruling parties, Likud and Kahol Lavan, are close to a deal for saving their coalition government. PM Binyamin Netanyahu is said to have given in to his partner, Defense Minister Benny Gantz’s demand for the government to table a biennial 2020-2021 budget instead of the abbreviated budget for the rest of 2020 which Netanyahu preferred.
The government was just about to fall, by failing to present a state budget by the Aug. 24 deadline, when it was granted a 100-day stay by a bill postponing that deadline. The bill is expected to be ushered through to its final reading by a Knesset majority.

What counts above all is whether an election at this time is deemed expedient by one man, Netanyahu, whose silence on the issue keeps everyone guessing. Therefore, the pundits tend to appraise all current events in that light by asking whether they give him an incentive to break up the government for a snap election. They try to figure out whether it will help him weather the exigencies of his corruption trial. Will he use an early poll to snatch the prospect of premiership from Benny Gantz at half term?  And would he gamble on voter support while carrying the buck for the rampant coronavirus pandemic and a recession-bound economy sinking to a GDP of 26.7pc?

A welcome distraction from this overriding anxiety suddenly struck on Thursday, Aug. 13. Netanyahu proved he could still pull a rabbit out of his hat when the White House announced the historic decision by the United Arab Emirate and Israel to normalize relations, the first Arab Gulf nation to take this step. Everyone was thrilled, and even the prime minister’s most determined opponents, praised him for pulling off a geopolitical earthquake on a national and regional scale.

On the face of it, Netanyahu and his Likud party were in position for marching towards a successful election, with the possibility even of winning enough votes to transcend the roughly one-third of the electorate they garnered in the first three dead-end elections in the last 20 months.

But the excitement over the UAE coup was short-lived, soon replaced by the hopeless mood generated by the intractable health emergency and a financial crisis with no end in sight, both of them down to Binyamin Netanyahu.
He was further assaulted at his moment of triumph by a revolt against the UAE deal by the core of his right-wing support. The pro-settlement lobby accused him of betraying their cause for the sake of that deal and defaulting on three solemn elections promises to annex the Jewish areas of the West Bank.

The flames in southern Israel under a Hamas offensive to blackmail Qatar for more cash further fueled the criticism.

Conflicted popular support has often bedeviled Netanyahu’s long 13-year reign at the head of Israel’s government, and frequently forced him to make concessions to coalition partners for the sake of a stable Knesset majority. Yet whenever the public is canvassed by pollsters on their choice of prime minister, they invariably answer: Netanyahu.

Still, his Likud’s rating in recent polls has been dropping steadily – 30 seats in the latest poll on Sunday, three days after normalization with the Gulf emirate was announced, whereas the right-wing Yemina surged to 18, benefiting from the erosion of Netanyahu’s following. Benny Gantz could count on no more than 12 for the segment that split away from the Kahol Lavan opposition to join the government in the coronavirus crisis. The segment that he left on the opposition benches led by Yair Lapid rated 16 seats in the same poll.

Asked whether they were satisfied with how the government handled the covid-19 crisis, 65pc of the sampling said no and 34pc yes.

But quizzed on the best candidate for prime minister, Netanyahu again came first with 46pc followed by Yamina’s Naftali Bennett, a former defense minister, with 24pc.

These figures and the trends producing them do not portend an election any time soon. First, the covid-19 pandemic would have to be brought under control and the economy begin turning the corner to restore some measure of public confidence. Getting the voter to the polling booth amid quarantines and partial lockdowns would moreover be a logistical nightmare.

None of the coalition parties sees any gain in a premature vote – Gantz would lose his chance to be prime minister as well as the disproportionate parity he won in the coalition’s ministerial appointments. His campaign would be a slanging-match with his former colleagues. The opposition parties may gain but not enough to hope to match the right-wing bloc and by the Likud leader. The left-wing and centrist parties have melted away and the Kahol Lavan split left the movement devoted to toppling Netanyahu with no focus.

For now, Netanyahu appears to have immersed himself in his next plans while consolidating his diplomatic triumph – especially if more Arab governments like the kingdom of Bahrain follow the Emirates’ step. He may be holding the election option in reserve for another day. By giving into Kahol Lavan on the budget, he gains more time and will doubtless press for concessions in return, such as a say in determining appointments to the law enforcement authorities in an effort to shake up  the system that prosecuted – he claims, hounded – him. Some of his associates say he is still looking at the option of breaking with Kahol Lavan and forming an alternative government, albeit with a wafer-thing majority of three.

When disgruntled pro-settlement protesters are asked if they have an alternative leader to replace Netanyahu, who has let them down, no names are forthcoming. The flamboyant protests outside his Jerusalem residence and private home in Caesarea make a strong mark. Netanyahu has not only weathered protest movements before, but often profited from them, in the course of delivering a decade of economic growth. No one else is seen capable of repeating that feat and hauling Israel out of recession, one that is strongly challenging many other afflicted countries..