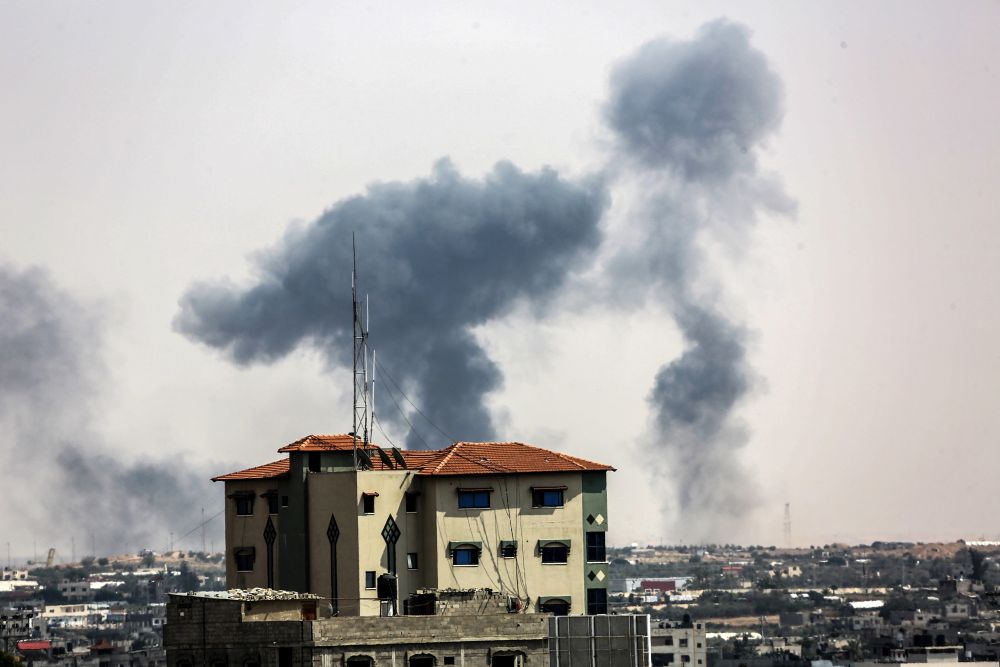 Israel’s policymakers don’t seem to have a clear plan for stopping the Palestinian rocket/mortar assault on the communities next door to the Gaza Strip, after nearly 100 rockets and mortar shells were launched against them all day Tuesday, May 29. They were fired by the Islamic Jihad, Hamas and the Popular Resistance Committees terrorist groups. Four Israelis were hurt by flying shrapnel, three of them soldiers. A kindergarten was hit minutes before the children arrived. During the afternoon, although the IDF pounded 37 of their structures and bases in the Gaza Strip with punitive strikes, Hamas and Jihad were undeterred and kept up a continuous barrage of fire, hour after hour into the night.
The word from a special conference called by Prime Minister Binyamin Netanyahu with security chiefs was that Israel doesn’t’ seek escalation but will respond forcefully if the firing continues. The IDF spokesman Brig. Ronen Monelis stated: “We shall not tolerate any further attacks. The more they escalate, the harsher the IDF’s response.

In fact, the IDF air strikes on Tuesday hit military facilities that had been evacuated in the morning in expectation of Israeli reprisals. Therefore, the Palestinians suffered no casualties, a possible IDF stratagem to avoid giving the terrorist groups a motive for further escalation. What it means is that Israel’s leaders are waiting for Hamas to move before reacting and so leaving the initiative with the enemy. And the inhabitants of the locations within range of Gaza fire from Gaza were left without answers about whether to go to work and send their children to school on Wednesday morning. They were tensely waiting to see if the IDF operation during the night kept pace with the persistent Palestinian fire. They were wondering whether those living within 0-7km of the Palestinian enclave were required to abide by the IDF directive to stay no more than 15 seconds away from shelters – i.e., at home and off the streets.

Some of the ministers in the Netanyahu cabinet are pushing hard for a tough Israeli initiative to weaken if not deter Palestinian terrorist activity, including a return to targeted assassinations of their ringleaders. This would entail a shift away from Israel’s defensive posture against the violence emanating in recent weeks from the Gaza front. The Hamas-engineered mass riots for breaking through the Israeli border fence were greeted for six weeks with defensive tactics, and although more than 120 Palestinians died in this fruitless attempt, Hamas and Jihad simply move on to  their next tactics – infiltrations of small gangs of terrorists with explosive devices, machine gun fire, incendiary drones and burning kites and balloons that ravaged Israel’s farm crops and woodland. Israel’s strategists did not seem to have any coherent plan for putting a stop to this unfolding violence. But then on Tuesday, the kites and balloons were fortified by mortar shells and rockets. There had been some hope that Egypt’s intervention would lower the flames from the Gaza Strip. It turned out on Tuesday that the brief pause which followed Egyptian officials’ advice to Hamas leaders was used by them to regroup for the next onslaught. For now, they see no cause to change their mode of operation.

42 thoughts on “No sign Hamas, Jihad intend de-escalating their rocket-mortar assault on Israel”