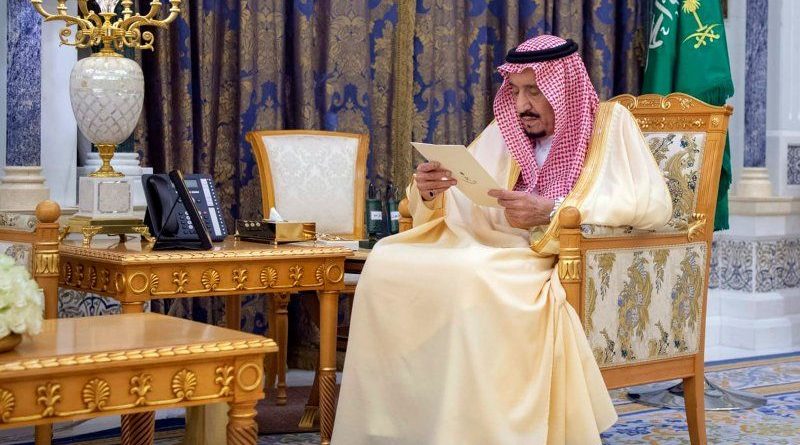 Nothing appeared amiss in Riyadh this week after high-ranking members of the Saudi royal house, King Salman’s younger brother Prince Ahmed bin Abdulaziz and his nephew Mohammed bin Nayef were said to be detained at their homes on March 6 and charged with treason. A royal cousin, Prince Nawaf bin Nayef was also reportedly detained. According to media reports, they were alleged to have plotted to oust the King and his son, strongman Crown Prince Mohammed bin Salman aka MbS. No confirmation has come from the palace in Riyadh, which habitually shrouds royal affairs in deep secrecy. The first two were among the kingdom’s most influential figures. Mohammed bin Nayef built ties with US intelligence when he served as interior minister. MbS stripped him of his powers in 2017, displaced him as Crown Prince and heir to the throne and confined him in house arrest ever since.

Two other princes were summoned for questioning and later released. Interior Minister Abdulaziz bin Saud bin Nayef and his father Saud bin Nayef, who is governor of the oil-rich Eastern Province.

Yet on the surface, the Saudi capital appeared after the detentions as unruffled as ever, except for speculation rife in quiet corners about a sudden deterioration of the king’s health and the crown prince’s action to clear his path of obstacles to the throne. The detainees were all known opponents of the king’s favorite son MbS and resentful of his meteoric rise to virtually unlimited powers; an attempted coup to oust him would have surprised no one.

According to one rumor, the princes were picked up after being overheard by an MbS agent upon returning from a falcon-hunting trip abroad to be discussing who would succeed the 84-year old king when ill health forced to abdicate. Their favorite candidate was reportedly the king’s younger brother, Prince Ahmed, who was among the first detainees.

However, on Sunday, the monarch was seen smilingly receiving Saudi diplomats, while court officials said he had no intention of stepping down before the G20 summit taking place in the Saudi capital in November. Western official who met Salman last week found him lucid and focused.

The focus on Prince Ahmed’s prospective bid derived from reports among sources in Riyadh that the princely opponents to MbS were planning to install him as chairman of the allegiance council, a position currently vacant. This would give him the power to dominate the tribal, family and clerical deliberations over the appointments of new Saudi leaders. In 2017, Prince Ahmed was almost alone in voting against the ouster of Mohammed bin Nayef as crown prince in favor of MbS. He has since consolidated his support.

The 34-year old crown prince may have struck to nip this plan in the bud, say DEBKA Weekly’s Saudi sources, or simply got fed up with the consistent opposition he faces in the fractious royal family of 10,000 or more princes. It is also possible that he was overcome with impatience for the crown and decided to hasten the king’s abdication by fabricating the plot. He has already amassed control of defense, military, intelligence, the treasury, internal and external affairs and oil, so that the king’s regular attendance at the head of cabinet meetings has become a formality.

In either case, MbS keeps busy shoring up his strength for the moment that his father’s reign ends, whether through ill health, abdication or death. His tightening grip on power is a constant source of discontent in Riyadh’s corridors of power. In contrast, he has gained popularity among young Saudis who welcome his reforms and modernizations.