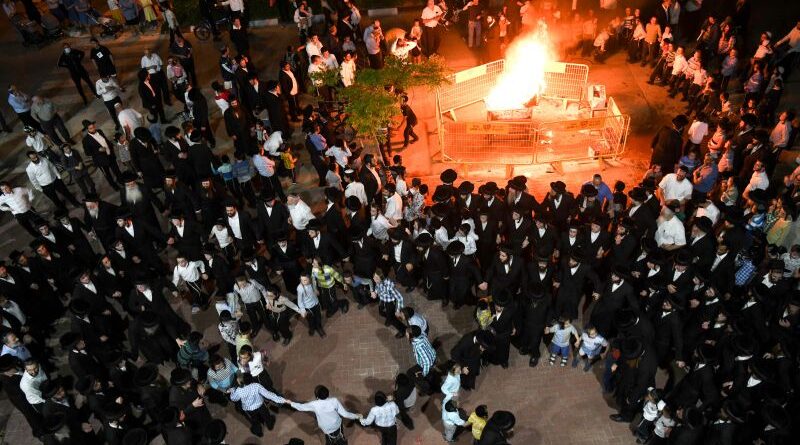 The first names were released on Friday morning, April 30, of the 45 people crushed to death that night in the headlong stampede of nearly 10,000 worshippers gathered on Mt Meron for the Lag Be’Omer homage at the Tomb of Rabbi Shimon Bar Yohai. More than 150 were injured, some mortally. A state inquiry into the disaster, loudly called for, would be an exercise in futility. The facts are known. The revered rabbi’s tomb has stood at the top of the Galilee mountain since the year 912.  Over the years, it has drawn tens of thousands of pilgrims each year to celebrate the ceremonial lighting of the Lag Be’Omer bonfire. They have flocked there in the face of strong recommendations, time after time, to reconstruct the primitive, undeveloped structures and make the site suitable and safe for the expanding annual pilgrimages.

But no one listened and the throngs kept on coming. Bowing under their grief, the bereaved families of the victims, most concentrated in the ultraorthodox communities of Bnei Brak, Bet Shemesh and Betar Elite, joined in chanting on Friday morning: “The hand of God was against us.”

The Mt. Meron disaster did not take them by surprise – hence their fatalistic response – because it was not the first. In 1911, an earlier panicky stampede caused the 16th century roof over the tomb to buckle, killing 11 worshippers and injuring 50 injured. This time, too, the police officers, the firefighters, the paramedics, the servicemen and women who raced to the aid of the victims, found no immediate cause that would have prompted the massed celebrants to rush for escape in the middle of a joyful event. They jammed the exits and slipped over on the narrow stairway unheedingly jostling and trampling their fellow.

Who would a state inquiry blame?

The crowds were jampacked in long rows on ancient stands and the exits were too few and too narrow to accommodate tens of thousands in rapid flight. What was new about this? In 2008, Dr. Mica Lindenstrauss, then State Comptroller, wrote: “Needed immediately is a change of the status quo,” at the Mt. Meron Tomb. He urged an end to the “neglect and ill-treatment of a hallowed site.” and stressed that ancient historic structures must be preserved from further damage and the safety and lives of the public assured.”

However, the powers-that-be were not at liberty to take this sensible advice since the site turned out to be privately owned. All the government could do was to order it shut down, which the Orthodox community would fight tooth and nail.

Maybe now, after one of the worst civilian disasters in Israel’s history, progress may be made towards redesigning the ancient, still popular, shrine with modern facilities for easy exit and convenient access. What is not needed is the Attorney General Avaihai Manderlblit’s decision, while the incident was still fresh and painful, to consider launching an investigation of “criminal negligence” against the police, when the unhesitating bravery of its officers saved many lives and expedited the timely removal of many wounded to hospital.

Early Friday morning, Superintendent Shimon Lavi commander of the police Northern District, broadcast a statement saying he takes “full and overall responsibility, for better or for worse,” for the tragic event.  “I am available for any investigation,” he said. “What happened, happened. We are gathering evidence with a view to establishing the truth.” So what remains to be investigated?

Israelis have a tendency to call for a state inquiry whenever anything goes wrong. Rarely do they change anything and when, the hue and cry abates, people lose interest in their conclusions. Prime Minister Binyamin Netanyahu therefore hit the right note when he declared Sunday a day of national mourning for the victims of the Mt. Meron disaster. A decision to rebuild the tomb-shrine on the mountain should come next.