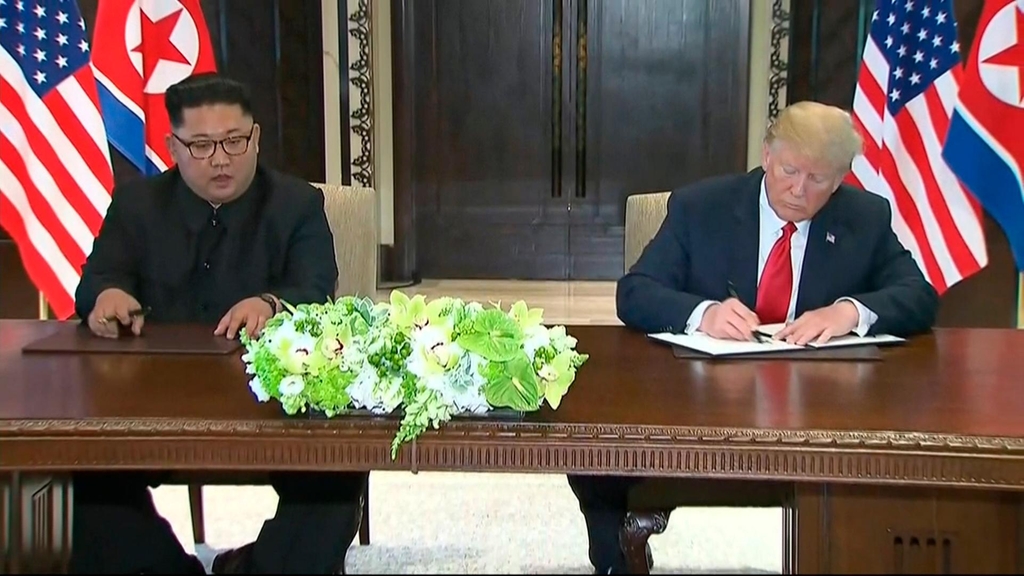 US President Donald Trump and North Korea’s Kim Jong-un signed a document in Singapore on June 12 at the end of their epic meeting. The contents are to be disclosed later at a news conference winding up this extraordinary occasion. US officials have meanwhile revealed a joint commitment was made by the two leaders to work together for the complete denuclearization of the Korean peninsula and for the building a “lasting and stable regime in Pyongyang.

Trump said he was proud to sign “an important, comprehensive document. Our relations with the Korean peninsula will be very different from the past; we have developed a special bond and taken care of a very big and dangerous problem for the world.” Trump added: “It went far better than anyone could have predicted and it will lead to more and more.” Turning to the North Korean leader, Trump said: It is an honor to be with you.” He thanked Secretary State Mike Pompeo and his counterparts “who were absolutely fantastic” for all their hard work and preparations for the historic occasion. Kim Jong-un: “Today we have left the past behind and are signing a historic document, The world will see a major change. I express my gratitude to President Trump for making it happen.”

Kim earlier called the historic summit a “prelude to peace” and said: “We have overcome so many obstacles. ” He commented: “Many people in the world will think of this as a fantasy.” 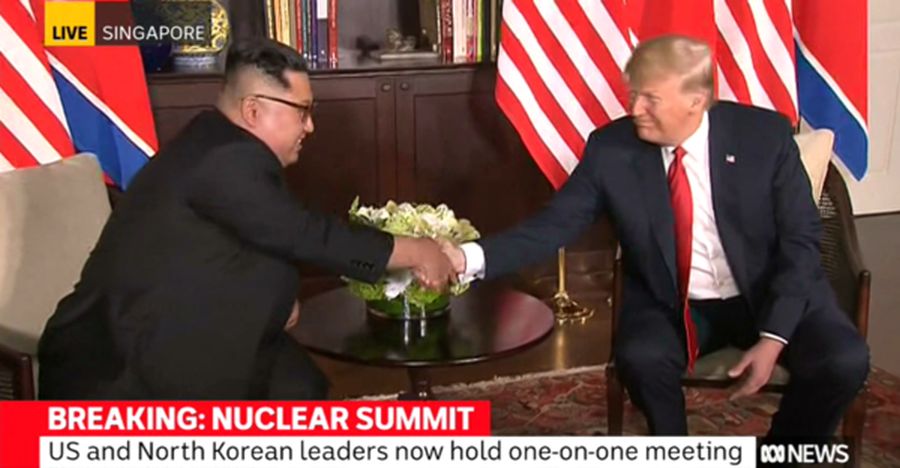 President Donald Trump and Kim Jong-un shook hands  ahead of their summit in Singapore, the first time sitting leaders from both countries had ever met. The pair greeted each other at the luxury Capella hotel on Sentosa Island, just off the Singaporean coast, before heading in for talks about denuclearization. The two clasped hands for a long while as they posed for photos in front of a row of US and North Korean flags. Mr Trump then directed Mr Kim to walk down a hallway, where they briefly spoke.  In their first 41 minutes, Trump and Kim met one-on-one, joined only by interpreters.  Then aides came in for more discussions and a working lunch.

The signing ceremony, which was not announced in advance of the summit, confirmed DEBKAfile’s earlier report that the occasion and the two leaders were fully prepared down to the last detail.

46 thoughts on “Trump and Kim sign historic document in Singapore”