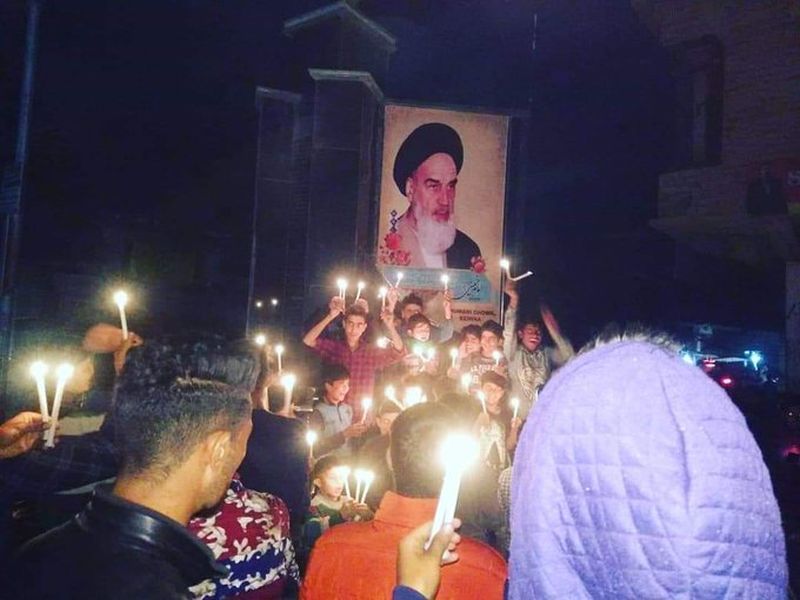 The decades-long Kashmir conflict is no longer just a straight fight between Pakistan and India, in the name of the Muslims and Hindis of the subcontinent. Iran, Saudi Arabia and Turkey are in overdrive to deepen their influence in the troubled region, with serious ramifications liable to spill over into other flashpoints in Southwest Asia, including Afghanistan.

On Aug. 5, Indian prime minister Narendra Modi rekindled the ever-simmering Kashmir flame by revoking the special constitutional status which granted the Muslim majority of Jammu and Kashmir the right to make its own laws, poured troops into the region and cut off its communications with the outside world. This change is the most sweeping in the 30 years that India has been battling a revolt in its part of Kashmir; other parts are claimed by Pakistan and China. Pakistan responded with diplomatic and trade sanctions.

Muslims constitute 96.4pc of the Indian Kashmir Valley’s population of nine million; the remainder are Hindus. However, its 1.4 million Shiites are the majority in the districts of Badgan, Budgam, parts of the capital Srinagar and Kargil. They have been infiltrated for some years by Iran’s Al Qods Brigades agents. Of late, large billboards have blossomed in those regions bearing the image of Ayatollah Ruhollah Khomenei, father of Iran’s Islamic revolution; Srinagar has witnessed mass Shiite protests over the execution of the Shiite cleric Nimr al-Minr by Saudi Arabia; and streets in the Kashmir capital are being named after Shiite heroes who died in Iran’s war with Iraq.

In recent years, hundreds of Kashmiri Shiite scholars have been the guests of the seminaries of Iran and Iraq, while Tehran has selected its most fiery religious orators to inflame congregations in the mosques of Kashmir.

The scale of Iran’s activities among the Shiites of the region has not been precisely measured. But India’s intelligence services take note of the numbers of Kashmir preachers who return from Tehran, fired up with zeal for fashioning their relations with Tehran on the model of the Lebanese Hizballah with Iran’s Revolutionary Guards’ Al Qods Brigades

The Iranian revolutionary gospel is disseminated through reading material for students. Key texts have been translated into Urdu, notably the biographies of Dr. Mustafa Chamran, a revolutionary activist and Musa al-Sadr, both of whom were founders of the Lebanese Shiite Amal party, as well as Ayatollah Fadlallah, Hizballah’s first spiritual leader.

Posters of the current Hizballah secretary-general Hassan Nasrallah are pinned on the walls of Shiite halls and hoisted over religious processions, demonstrations and rallies. The message of resistance resonates strongly with Kashmir Shiites, who are often victims of Indian security forces’ abuses, security checks, searches of their homes, long curfews, beatings and some killings.

The Saudis have also revved up their drive to counter Iranian influence in Kashmir, and earn a return on the vast sums of petrodollars they have invested in recent years in projects for spreading Sunni Salafism. Their success can be measured by the 1.4 million Kashmir Salafis, whose figures grow exponentially from year to year.

Turkey too claims a foothold in Kashmir by virtue of President Recep Erdogan’spretentions as the pre-eminent leader of the Muslim world. Sidelined by the US-Iranian face-off in the Middle East, the Turkish president is sending his tentacles into political and intellectual circles in this volatile region of the Indian subcontinent. His agents woo clerics, young people, business figures and intellectuals. They act to deepen Ankara’s ties with the Jamaat-e-Islami, an underground organization banned in March under India’s anti-terror laws as a step for preventing the “escalation of Kashmiri secessionist moves.”

Erdogan and Riyadh are in stiff Saudi competition as their interests often overlap in the Kashmir Muslim community. China too has a stake in Kashmir and the determination to raise it.