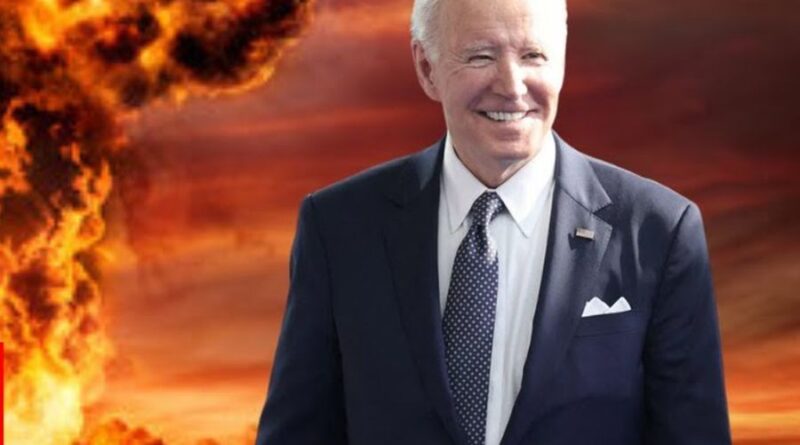 On Feb. 26, two days after Russia invaded Ukraine, President Joe Biden established the “Tiger Team” for the task of preparing America’s response to a possible Russian use of chemical, biological or nuclear weapons. On Feb. 28, national security adviser Jake Sullivan attached an auxiliary group to the Tiger Team.

Speaking to the NATO summit in Brussels nearly a month later, on Friday, March 23,  Biden was asked how he would respond to Russia’s use of weapons of mass destruction in Ukraine. “The nature of the response would depend on the nature of the use,” he replied. Sen, Jack Reed, Chair of the Senate Armed Forces Committee, added to this comment last Wednesday. “There would be consequences,” he said, “even if the weapon’s use was confined to Ukraine.”

At the NATO summit in Brussels, meanwhile, Sulivan put it this way: “Mr Biden will take up with allies on how to deal with the rhetoric and the commentary coming out of Russia on this whole question of the potential use of nuclear weapons.”

An unidentified senior White House official took the question up to another level. “… a small tactical nuclear bomb by Russia – even inside Ukraine and not directed at a NATO member – would mean that all bets are off.”

Moscow made a terse response to the nuclear talk coming out of Washington: Kremlin spokesman Dmitri Peskov pledged in a CNN interview on Tuesday that Russia would not use nuclear arms in the Ukraine war.

Of the entire series of disarmament treaties that Washington and Moscow signed over the years, only one is still valid: the New Strategic Arms Reduction Treaty, which places a ceiling of 1,500 weapons on this category. However, both the US and Russia have accumulated many thousands of small nuclear missiles designed for field combat. Western intelligence estimates that Russia has stockpiled around 2,000 such missiles.

In the opinion of senior US administration officials, just as Russian President Vladimir Putin stood by his pledge to invade Ukraine, his vow to resort to nuclear arms if Russia faced an existential threat, should be treated with all seriousness.

With the first month of the Ukraine war ending without a clear decision and Russian forces stalled around major Ukrainian cities such as Kyiv and Kharkiv, Putin faces a predicament. Col Gen Sergei Rudskov, first deputy chief of Russia’s General staff, said on Friday: “In general the main tasks of the first stage of the operation have been completed.” He added: “The combat potential of the armed forces of Ukraine has been significantly reduced, allowing us, I emphasize again, to focus the main efforts on achieving the main goal – the liberation of Donbas.”

Some analysts believe that this statement may suggest that the Russian president is ready to draw the line on “the first stage” and claim the goals of the invasion were achieved. His other option might be to step up the aggression by bringing more destructive weaponry onto the battlefield. On Saturday, a Russian bombardment was unleashed on Lvov near the Polish border to coincide with President Biden’s visit to Warsaw. The provocation was self-evident.

Biden responded by calling Putin “a butcher.” According to the Daily Telegraph, the US president now agrees that the US may deploy nuclear weapons in “extreme circumstances” –  a significant change from the recent US policy of reducing the country’s nuclear potential.