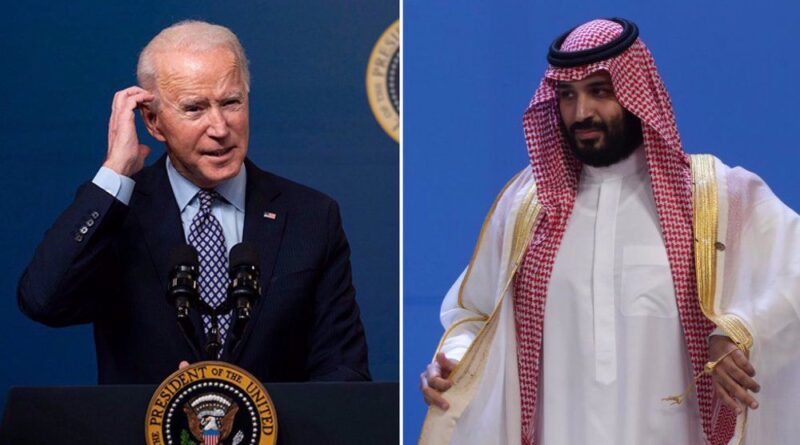 Beijing is now said to be offering weapons with no strings attached to America’s two biggest oil-producing Gulf allies, since they spurned US President Joe Biden’s bid to boost production to help combat the soaring oil prices generated by the Ukraine war. The cold shoulder by Saudi Arabia and United Arab Republic, born of resentment for the Biden policies, is straining the longstanding friendship to breaking point, jeopardizing security and economic relations and placing a question mark under US top power status in the Middle East/Gulf region.

The rulers of Riyadh and Abu Dhabi have refused to welcome a Biden visit or even take his phone calls, while also declining to stop working hand in glove with Russia on  oil production levels and pricing. By rebuffing Washington, they are giving Russian President Vladimir Putin access to a steady flow of cash for continuing his no-holds-barred assault on Ukraine while counterbalancing the direst straits of US-European sanctions. Piling insult on injury, Dubai has opened its banking and financial institutions to a flow of Russian wealth by welcoming the oligarchs who are Putin’s friends.

While in past years, Saudi and Emirati officials used ambiguous language to sugarcoat their resentments of their American ally, these days they  air them frankly, along with a new assertiveness as to their next steps.

One Saudi official was quoted this week as remarking: “A more realistic discussion [of relations with Washington] should focus on one word: divorce.”

The Biden administration’s fluctuating talks with Tehran over the revival of the 2015 nuclear accord with the six world powers have blown up into a big bone of contention in the Gulf. The Saudis and Emiratis protest that a deal would send a river of billions of dollars gushing into Iranian coffers and fund the supply of advanced lethal precision weapons to Tehran’s terrorist proxy terrorist organizations for pressing their aggression against the two oil Arab nations. Both had instead looked to the US for protection.

The Emirati rulers are still smarting over President Biden’s veto on the sale of F-35 stealth planes. They share the Saudi princes’ frustration over his refusal to back them up in their offensive to crush the Houthi revolt in Yemen that is driven from Tehran.

Both Gulf rulers make no bones about the benefits to be gained from the regional ripples of the Ukraine storm. China, for instance, by siding with Russia, is playing the multipolar card against the United States – and not only over the Ukraine conflict. And so, the same outspoken Saudi official disclosed this week: “While American policy is beset by baffling contradictions, Chinese policy is simple and straightforward. Beijing is offering Riyadh a simple deal; sell us your oil and choose whatever military equipment you want from our catalogue.” Beijing was quoted as requesting in return: “…help us to stabilize global energy markets.”